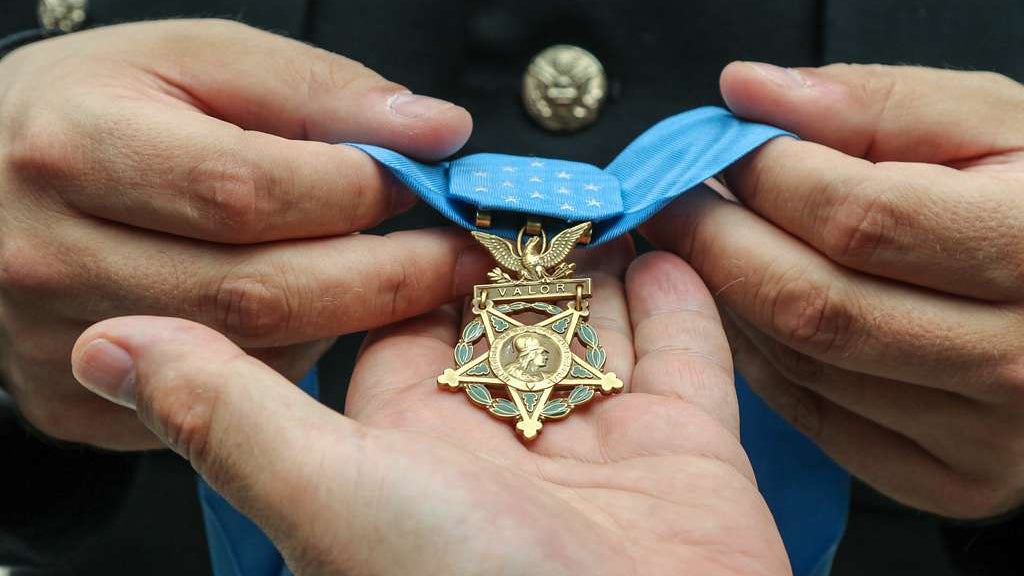 Korean War veteran Cpl. Fred McGee and Master Sgt. David Halbruner, a special operations soldier who deployed to Benghazi, Libya, could receive the Medal of Honor for their actions under the 2023 defense authorization bill.

The 2023 National Defense Authorization Act is awaiting President Joe Biden’s signature. The bill, which supports $857.9 billion in national defense funding, was passed by the Senate Dec. 15 with a vote of 83–11. The House of Representatives passed the bill on a 350–80 vote on Dec. 8.

Any Medal of Honor must still be approved by the president, but the NDAA waives the time limit that requires the medals to be awarded within five years of the combat action.

On June 16, 1952, McGee and his fellow soldiers from Company K, 17th Infantry Regiment, came under attack near Tang-Wan-Ni, Korea, according to his entry in the Ohio Military Hall of Fame.

As a gunner on a light machine gun, McGee “delivered a heavy volume of supporting fire from an exposed position despite intense enemy machine gun and mortar fire directly on his position,” according to his entry in the Ohio Military Hall of Fame.

When his squad leader was wounded, McGee took charge of the squad and moved even farther forward to continue firing at the enemy. When his machine gunner was killed, McGee took over the gun and delivered deadly fire on enemy positions, according to the Hall of Fame.

Ordered to withdraw, McGee remained behind to help evacuate the wounded and the dead.

McGee, who died in 2020, was awarded the Silver Star, the nation’s third-highest award for valor, for his actions in Korea.

Halbruner was previously awarded the Distinguished Service Cross, which is second only to the Medal of Honor, for his actions Sept. 11–12, 2012, in Benghazi.

As a team leader for a joint task force, Halbruner and his team were called to respond after a U.S. diplomatic compound and a nearby CIA annex were attacked by about 150 militants. Chris Stevens, the U.S. ambassador to Libya, and three other Americans were killed in the attack.

“Without regard for his own safety, Master Sergeant Halbruner’s valorous actions, dedication to duty and willingness to place himself in harm’s way for the protection of others was critical to the success of saving numerous United States civilian lives,” according to the citation accompanying his Distinguished Service Cross.

During the operation, Halbruner “continually exposed himself to fire as he shepherded unarmed civilians to safety and treated the critically wounded,” the citation says.