Vicki grew up in Burlington, Vermont, and graduated from the University of Vermont in 1975, with a BS degree in education. For the next 33 years she was an Army wife, supporting her husband in his career. While raising their two sons and moving all over the United States and overseas, she served as a coach and mentor for Army spouses and as an advocate for Army families.

She is the author of “Your Soldier, Your Army: A Parents’ Guide,” published by the Association of the United States Army in 2005. Her articles have appeared in numerous military magazines and publications. This is her first memoir.

She and her husband of forty years live in the Washington, DC, area. 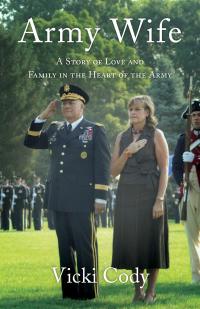 “Army Wife: A Story of Love and Family in the Heart of the Army”

This event is free of charge to AUSA members, active duty military personnel and government employees. There is a fee of $40 for all other attendees.