A native of Quincy, Florida, Lt. Gen. Ben Hodges graduated from the United States Military Academy in May 1980 and was commissioned in the Infantry.

After his first assignment as an Infantry Lieutenant in Germany, he commanded Infantry units at the Company, Battalion and Brigade levels at the 101st Airborne Division and in Operation IRAQI FREEDOM. His most recent operational assignment was as Director of Operations, Regional Command South, in Kandahar, Afghanistan. Lt. Gen. Hodges has also served in a variety of Joint and Army Staff positions to include Tactics Instructor at the Infantry School; Chief of Plans, 2nd Infantry Division in Korea; Aide-de-Camp to the Supreme Allied Commander Europe; Army Congressional Liaison Officer; Task Force Senior Observer-Controller at the Joint Readiness Training Center, Fort Polk, LA; Coalition/Joint -3 (CJ3) of Multi-National Corps-Iraq in Operation IRAQI FREEDOM; Chief of Staff, XVIII Airborne Corps at Fort Bragg; and Director of the Pakistan Afghanistan Coordination Cell on the Joint Staff; Chief of Legislative Liaison for the United States Army.

His last assignment was as Commander, NATO Allied Land Command from 2012 to 2014. 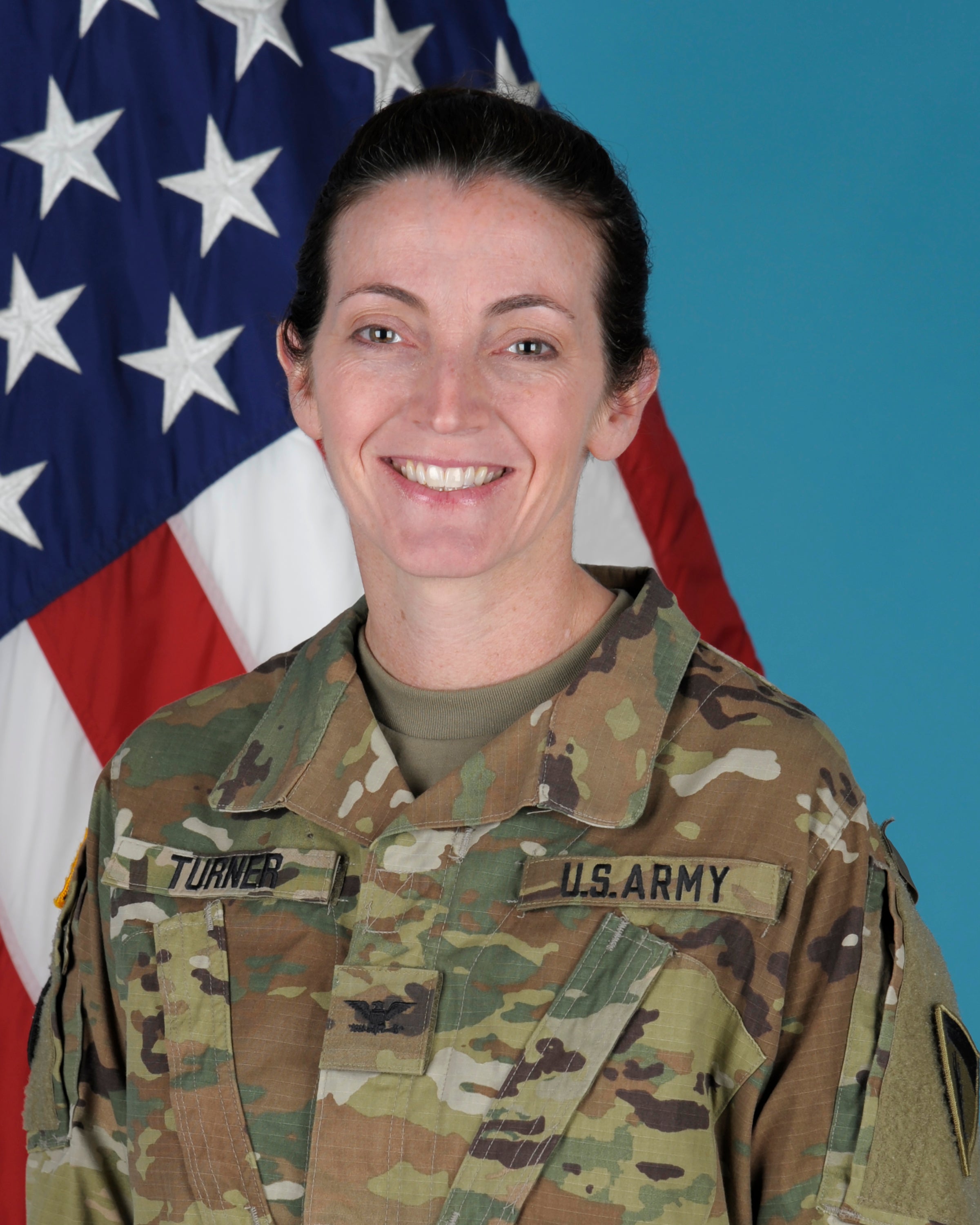 Col. Kathleen Turner is a public affairs officer in the United States Army. She is currently assigned as the Director of Public Affairs, U.S. Army Europe. Previously she served as a War College Fellow at the U.S. Institute of Peace studying women who join violent extremist groups.

Col. Turner is a graduate of the Military Police Officer Basic and Advanced Courses, the Public Affairs Officer Course, the Army Combined Arms & Services Staff School (CAS3), resident Intermediate Level Education (ILE) at the Command and General Staff College (CGSC), the School for Advanced Military Studies (SAMS) and the Army War College. Col. Turner is a graduate of Western New England College with a Bachelor of Science degree in Business, a Master’s of Science Administration degree from Central Michigan University and a Masters of Military Arts and Sciences from the Command and General Staff College. Col. Turner also participated in the MIT Seminar XXI Fellowship program focusing on national security and foreign policy issues.

Lieutenant General Darryl A. Williams is a native of Alexandria, Virginia.  He graduated from the United States Military Academy, West Point, in 1983 and was commissioned a Second Lieutenant in the U.S. Army.

In addition to these assignments, Lieutenant General Williams has served in key leadership positions at the tactical, operational and strategic levels to include Battery Commander deployed in support of OPERATION DESERT SHIELD/DESERT STORM; Commander, Division Artillery, 1st Armored Division and Fire and Effects Coordinator, 1st Armored Division deployed in support of OPERATION IRAQI FREEDOM; Deputy Director for Soldier Comprehensive Fitness, Department of the Army G3/5/7;  and while commanding USARAF in 2014, he was involved with OPERATION UNITED ASSISTANCE fighting against the Ebola outbreak in Liberia. 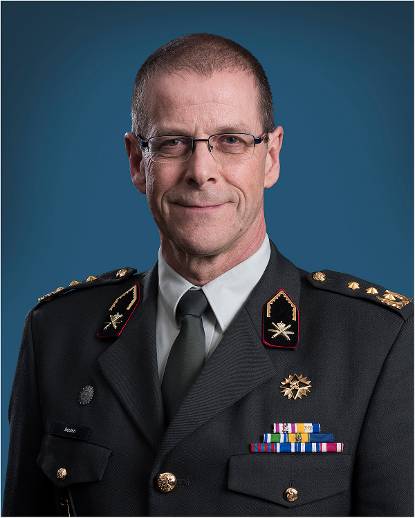 Commander of the Royal Netherlands Army

Lieutenant General Leo Beulen started his military career in 1978 at the Royal Military Academy in Breda. In 1982, he was sworn in as a Second Lieutenant with the Defence Artillery and posted as Platoon Commander to 12 Armoured Anti-aircraft Artillery battery in Nunspeet. He then had several command and staff functions up to 1991 with 15 Section Armoured Anti-aircraft Artillery in ‘t Harde.

From 1991 to 1993, he attended the Staff Service Course and Advanced Military Studies at the Netherlands Defence College. Major Beulen was then appointed Head, Operations Office, G3 Section with the staff of 1 (NL) Corps, where he worked mainly on large corps exercises, the preparation of units for deployments, and the amalgamation of the Netherlands and German corps.

From 1995, Major Beulen worked as the Chief Assistant to the Deputy Chief of the Defence Staff. In 1997, he attended the General Staff Course at the Command and General Staff College in Leavenworth, Kansas (US). In 1998, Lieutenant Colonel Beulen returned to the Netherlands, where he became a teacher at the Netherlands Defence College, and chairman of the NATO working group Allied Joint Publication 3 (Operations). In 1999, Lieutenant Colonel Beulen was appointed commander of 25 Section Armoured Anti-aircraft Artillery. In 2000, he joined the staff of 1 Division as Head of Section G3, from where he was deployed to Bosnia Herzegovina in the former Yugoslavia in 2002.

In October 2009, he was promoted to Brigadier General and posted to the NATO Forces headquarters in Heidelberg as Director of the Joint Coordination Centre. In this function, he was deployed for a year as Head J3 of the ISAF Headquarters in Kabul, Afghanistan. In May 2012, General Major Beulen returned to the Defence Staff as Director of Operations. In October 2014, General Major Beulen was appointed Deputy Commander of 1 (GE/NL) Corps in Münster, Germany. On 24 March 2016, he became Commander of the Royal Netherlands Army in the rank of Lieutenant General.

Lieutenant General Beulen is married to Annemiek. They have a daughter and two sons.

Engelbrektson was born in Falkenberg, Halland, Sweden. He started his career as a conscript at Bohuslän Regiment in 1981 and reached the rank of Fänrik, (Second Lieutenant) in 1984. In 1985 his left hand was severely injured in an accident involving explosives. He graduated from the Swedish National Defence College in 1996 and went into the Military Intelligence and Security Service (MUST). He soon transferred to the Ministry of Defence, where he worked with the issues of military co-operation within the European Union.

In 1998 he undertook studies in Political Sciences in Geneva, Switzerland. In 2001 he was appointed Vice Acting Chief for the Gotland Military District. In 2004 Engelbrektson became Acting Commander for the Swedish battalion in Kosovo and was in 2005 appointed co-ordinator at the Swedish Armed Forces Headquarters, working with an eventual Swedish involvement in an EU-based battle group.