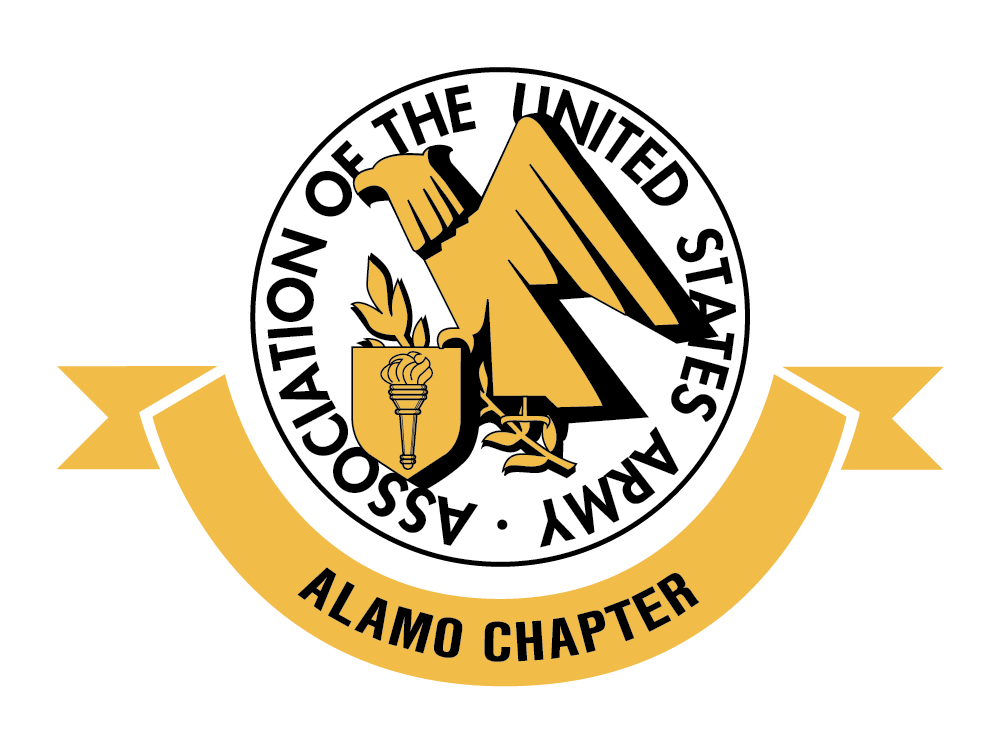 The Alamo Chapter assists through fundraising, bringing dollars to those in need within our military community. We educate the local public about our National Defense and economic power that is provided to our community. We continually call out to all who wish to serve through volunteerism; Retirees, Separated Veterans, and Concerned Citizens who are high energy and want to give back to the Giants and Heroes who walk among us. We work to unite our military and civilian communities by working with corporations and businesses big or small, to become a Community Partner, sharing values consistent with what makes our nation strong, relevant, and proud. We continually participate in many programs and events within our community, always trying to connect and make our home a better place for all to live.

AUSA is open to everyone, whether you have a relationship with the U.S. Army or would simply like to offer your support to our Soldiers. All Army ranks and all components are represented in AUSA-- including Regular Army, National Guard, Army Reserve, Government Civilians, Retirees, Wounded Warriors, Veterans, and interested citizens and family members. Community businesses and defense industry companies are also vital and contributing members of AUSA.

AUSA is your professional association. All members have a voice, and we encourage you to allow yourself to be heard. As an AUSA member, it is important to be aware of issues that affect you both professionally and personally.

Men and women who, throughout our history, have embraced sacrifice of self to serve their country and protect our freedoms. On the 11th hour…of the 11th day…of the 11th month…the fighting of World War I ended in 1918. Due to the conclusion of “the War to end all Wars,” November 11th became a universally recognized day of celebration.

May, marked officially as Military Appreciation Month, is a special month for both those in and out of the military.

Congress designated May as National Military Appreciation Month in 1999 to ensure the nation was given the chance to publicly show their appreciation for troops past and present.

National Military Appreciation Month is celebrated every May and is a declaration that encourages U.S. citizens to observe the month in a symbol of unity. It honors current and former members of the U.S. Armed Forces, including those who have died in the pursuit of freedom.

The Alamo Chapter, AUSA supported the exhibit opening of “From War to Words – A Visual Voices Portrait Series by Jason Myers” on November 30th, 2021. The country duo Love and Theft attended and entertained the group.

The Valero Texas Open is proud to enter it’s 100th year and will once again welcome 144 of the world’s best golfers to San Antonio. The Alamo Chapter is proud to again support the Night to Honor our Heroes presented by Boeing. Active military representing all ranks and service, wounded Veterans, and community partners will admire a collection of military artifacts and listen to guest speakers Lee Trevino, Ben Crenshaw, and Tom Watson.

END_OF_DOCUMENT_TOKEN_TO_BE_REPLACED

17 May
Our Community Salutes