We’ve Been Here Before

We’ve Been Here Before

America’s Army is, once again, at an important point in history, facing new challenges in maintaining its place as the world’s most powerful land force.

Global unrest and the necessary renewed attention to great-power adversaries result in challenges as the Army seeks to sharply focus on future national security threats. The weapons of war are evolving fast, in some cases faster than we’ve adjusted. While seeking leap-ahead technology to gain advantages over potential adversaries, we look up to find someone else has had their own breakthrough that presents us with a new threat. And just to make things a bit more complicated, the flow of funds has been, quite frankly, unreliable until the past two years, and fiscal uncertainty looms again in 2020.

It is heartening, though, to realize America’s Army has been here before and has met and overcome the challenges of an uncertain future.

Fifty years ago, Secretary of the Army Stanley R. Resor reported in ARMY magazine’s 1968 Green Book about the status of the Army.

“My report to you in the 1967 Green Book highlighted the challenge of the changing environment in which we operate. Since then, our continuing efforts to meet the challenge have brought significant results around the world,” wrote Resor, a World War II veteran. “In Europe, Korea, South Vietnam and in the continental United States as well, we have moved forward with a broad array of improvements, many of which have already enjoyed measurable success.

“In the dynamics of an ever-changing force there are always new problems to solve and different challenges to meet.”

His report came as about 368,000 soldiers were serving in Vietnam, using new tactics that depended on air mobility to allow rapid reinforcement, and he wrote of gains made in replacing obsolescent equipment. “The Army is in a better position than ever before to meet the equipment needs of its forces,” Resor reported.

As in 1968, today’s Army remains involved in a lingering conflict, faces current and emerging threats on a global scale, and is evolving tactics, doctrine and weapons to meet immediate and future demands.

By any measure, 2018 has been a year of extraordinary change for the Army.

Supported by Congress, Army funding increased dramatically this year. This allowed the service to improve readiness across the Total Force while, for the first time in many years, finding a way to make incremental improvements in existing weapons and equipment while also laying the groundwork for the momentous and evolutionary leaps it needs for the future.

After rigorous study, senior Army leaders have agreed on six top modernization priorities. They created eight cross-functional teams to eliminate the countless bureaucratic steps that have long inhibited leaping from a warfighter’s needs to a fielded system. And they stood up the U.S. Army Futures Command in Austin, Texas, to oversee this critical effort.

This is arguably the most significant Army restructuring since 1973, signaling new approaches, new policies and new leadership styles to develop the capabilities the Army requires to win wars now and in the future.

Amid the Army’s restructuring and prioritization, in an era when we are seeing changes in the character of war, soldiers remain the constant strength of America’s Army. Soldiers—Regular Army, Army National Guard and Army Reserve, supported by strong families and by the enduring strength of Army civilians—will lead the Army through this time of incredible change. And smart, dedicated, physically strong and resilient, agile and adaptive soldiers will keep America’s Army strong. 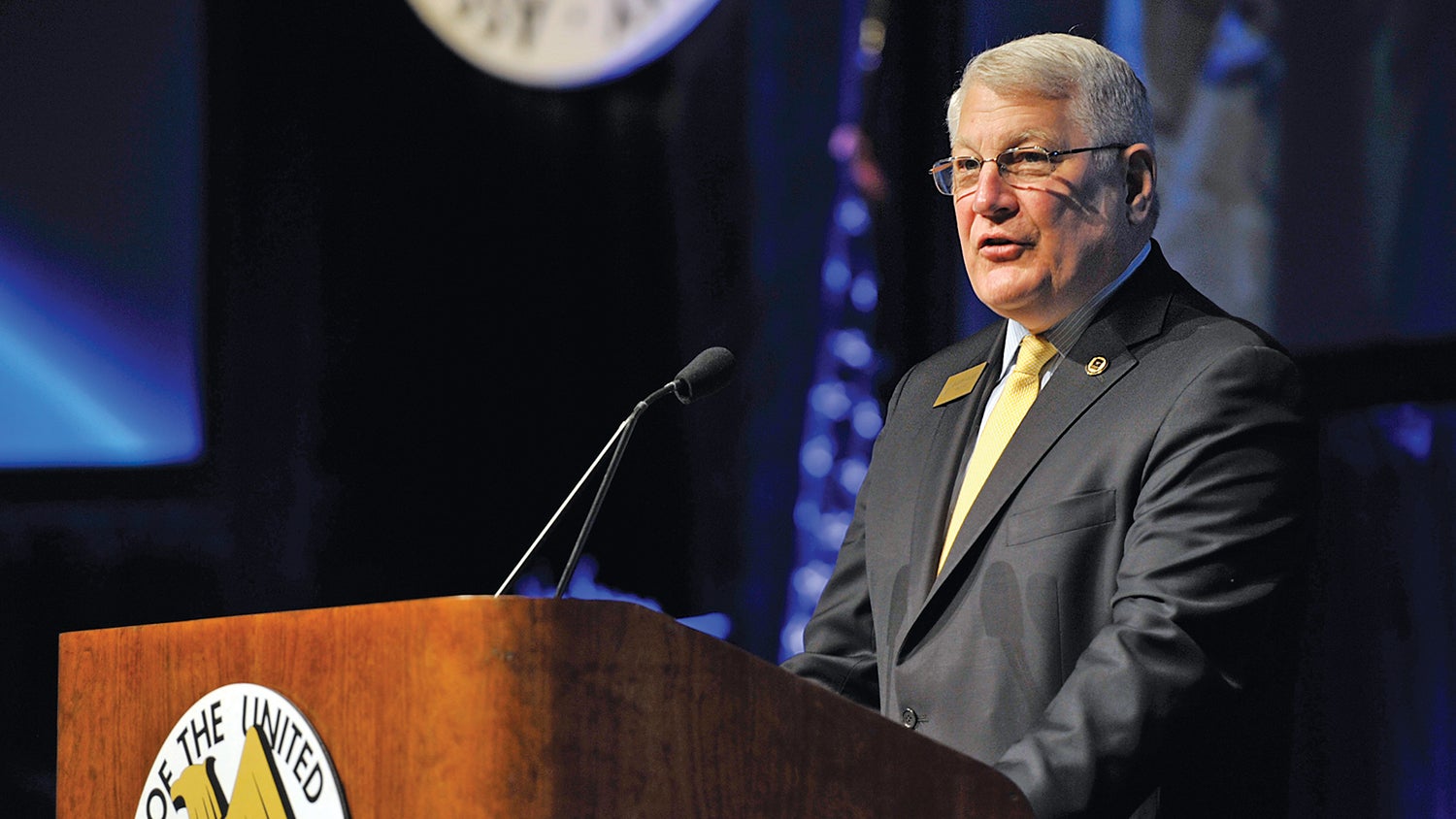 But success is not guaranteed. The Army will need help. First, it will need a steady flow of predictable funding to do the research, tests and ultimate production of the critical items developed through this new, speedier path. Sufficient, predictable funding is required to recruit and retain the right soldiers, train them and keep them ready and support their families. A funding hiccup could derail a process that is designed to get things into warfighters’ hands while they are still cutting-edge. Second, and just as important, Army leaders will need help staying the course as they deliver on top capabilities.

In a world filled with critics and new ideas, today’s Army leaders are resolved to stay on course. Just as in 1950 when AUSA was formed, the Army will need our help. Together, the more than 131,000 members of our association stand ready to fulfill our role in keeping America’s Army the strongest land force in the world. Together, we will continue to “Educate, Inform and Connect.” Together, we will continue to be the “Voice for the Army.” And, as our core mission, together we will continue to support the soldiers, families, Army civilians, veterans, retirees and the great industries and businesses that make America’s Army great.