Adversaries continue to contest the nation’s use of space, persistently challenging our space dominance and our ability to provide space capabilities. They are using this domain for tactical functions and increasingly incorporating space operations into their conduct of war. For the Army, this includes operations that impact our ability to shoot, move and communicate. In response, the Army is focused on how to gain the advantage in the close and deep fights by incorporating space capabilities inside our combat formations.

Over the past several decades, the Army has emerged as the largest user of space capabilities in DoD and leverages those capabilities to dominate land operations at echelon, from competition to conflict. As the service shifts focus from low-intensity conflict toward large-scale combat operations in a complex operational environment, integrated space-based capabilities and Army space professionals have never been more important to our success on future battlefields.

While Army space experts and operators are integrated into warfighting formations, as the service moves toward 2028 and a force designed for large-scale combat operations, there is more to do. The Army must continue to advance our space concepts and capabilities for use by combat forces to conduct successful ground operations. Continued investment in these capabilities increases the Army’s strategic and tactical readiness.

The moon can be seen over the Earth’s horizon in this photo from the International Space Station featuring clouds over the South Pacific Ocean.
(Credit: NASA)

Army space personnel are expeditionary, mobile, responsive and integrated at echelon into Army formations. Space is ingrained into every aspect of Army ground operations. From the weapons we wield to the way our forces maneuver, space plays a crucial role. Capabilities like GPS, communications, weather and intelligence-collection platforms are critical enablers used by the Army to plan, communicate, navigate, maneuver, maintain situational awareness, target and engage the enemy, provide missile warning and protect and sustain forces.

Integrated Army space professionals provide the maneuver commander characterization of the electronic battlefield and techniques and strategies to successfully operate in a denied, degraded and disrupted space operational environment. These space professionals anchor the Army’s ability to target and defeat enemy anti-access/area denial systems and exploit freedom to maneuver.

At the core of the Army’s space professionals, Functional Area 40 space operations officers are embedded throughout maneuver formations, providing land component commanders the ability to rapidly and seamlessly integrate space capabilities into their operations, enabling convergence and cross-domain synergy.

Units today include the Army Joint Tactical Ground Station (JTAGS) and the AN/TPY-2 forward-based mode radar batteries. These are critical Army capabilities providing 24/7/365 ballistic missile warning and missile defense in support of ground forces deployed around the world. In-theater JTAGS operators receive and process satellite data and provide warning of missile strikes to units on the ground over tactical networks, enabling personnel to take cover and saving lives, as demonstrated in the January Iranian missile attacks.

Additionally, the Army provides space control effects, delivered against on-orbit and ground assets, which can disrupt adversary command and control, communication and reconnaissance capabilities, enabling freedom of maneuver for our ground forces.

These space experts and capabilities are critical to Army operations now, but even more so as the service develops the Army of 2028—a force capable of conducting large-scale combat operations. To dominate the nation’s adversaries, the Army will require continued investment in countercommunication, space control and electronic warfare, and navigation warfare, among other space-enabled capabilities, to enable maneuver commanders at all echelons to attack our adversaries from multiple domains and directions.

As new multidomain formations are developed and employed over the next several years, space capabilities to support tactical requirements for these units will be designed as integrated elements of the Total Force.

To that end, the U.S. Army Space and Missile Defense Command has developed a holistic and comprehensive approach involving force development and training. Looking at today’s space requirements as well as those years out, we consider factors that will impact the Army’s and the joint force’s ability to fight and win against near-peer competitors.

From life cycle management of space operations officers to targeted space system training to development of doctrine incorporating space into maneuver formations, we are constantly refining operations and training to reflect the ever-evolving environment.

As the Multi-Domain Operations concept develops, Army space capabilities remain critical to successful ground combat operations, and their importance will only grow as the concept is fully implemented in coming years. The Army’s forward-presence forces, now and in the future, rely on expeditionary, responsive and mobile Army space capabilities to achieve overmatch against adversaries.

Through establishment of the U.S. Space Force, DoD now has a service focused on space as its priority. As Space Force matures, so will the understanding of how to best align space capabilities across services. That alignment of capabilities will require the services to retain organic space-related capabilities necessary to meet their unique service missions while Space Force focuses on its responsibility to organize, train and equip. For the Army, this means specific capabilities tailored to our land force requirements in current and future operations.

The necessity for speed and the high level of integration demanded by Army forces designed to conduct multidomain operations against near-peer competitors in a complex operating environment requires unity of command within the Army. Just as importantly, those efforts require soldiers not only with space expertise, skills and capabilities, but also with an understanding of how the Army is organized, operates and fights. To that end, the Army’s increasing integration of space capabilities and applications to compete and win the land fight requires continued design and development of space concepts and capabilities for integration into combat formations.

Moving forward, the conversation should focus on how to transition between new and legacy architectures, not missions and functions between services. This will require a deliberate conditions-based approach that clearly identifies service-retained space roles and missions and resultant forces and funding. 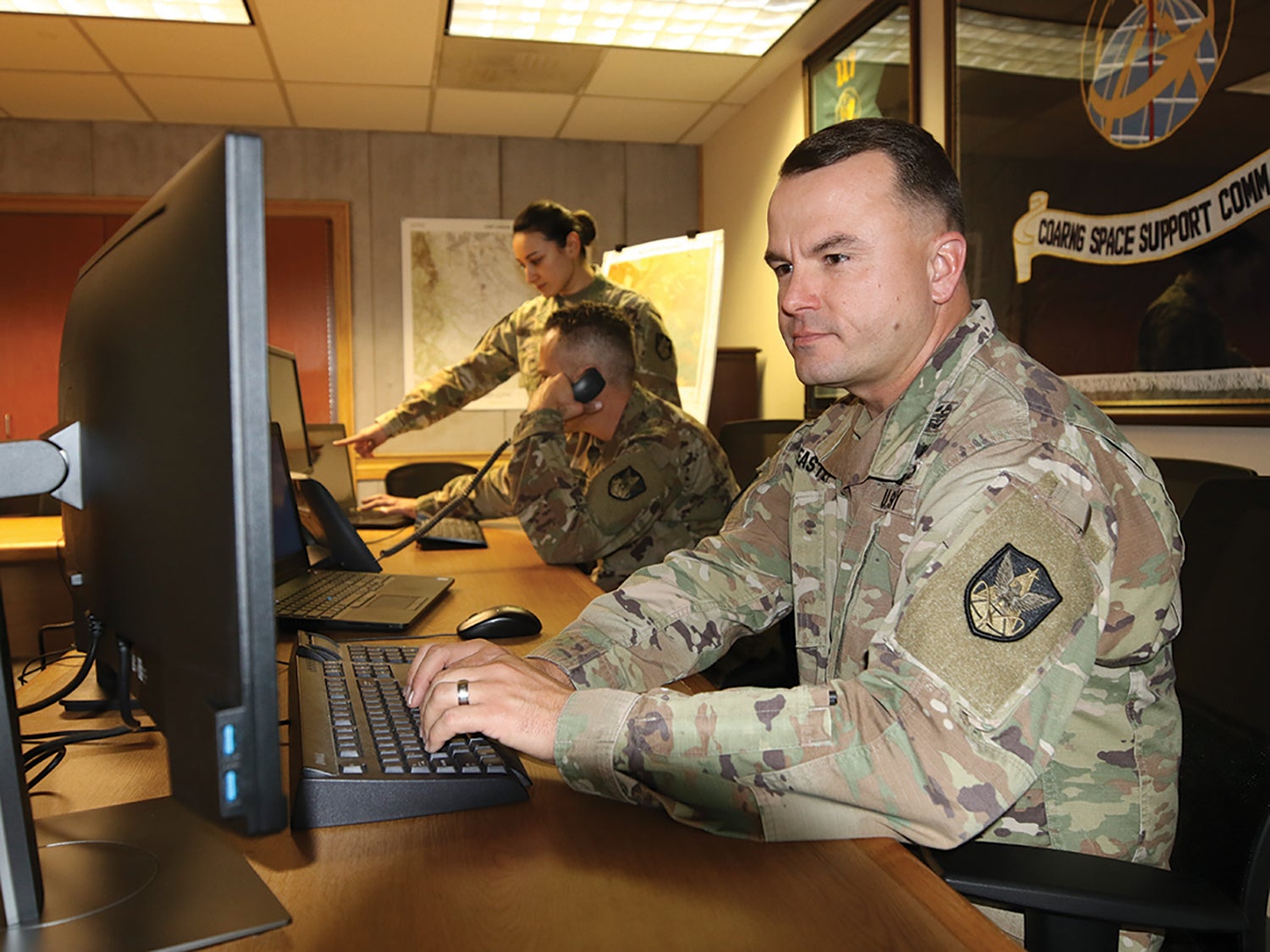 Space and Missile Defense Command, as the Army component command supporting the U.S. Space Command, continues to work with Space Command as it develops its campaign plan and matures its concept of operations. This work will help determine requirements levied upon Space Command’s service components, including Space Force, and should inform any potential transfer decisions to include personnel, facilities and other resources.

We’ll work together to ultimately find the right balance of space capabilities among all the services.

Air Force Gen. John Hyten, my former boss at the U.S. Strategic Command who is now vice chairman of the Joint Chiefs of Staff, was often quoted as saying, “There is no such thing as war in space, there’s just war.” I share that view. At Space and Missile Defense Command, we ensure that Army space professionals, units and systems are ready to provide commanders at all echelons potent capabilities to counter adversaries in competition and conflict and in all domains.