To effectively recruit and retain talented personnel, particularly in the competitive cyber arena, the Army needs to change its practices and culture, according to a top talent management officer.

Brig. Gen. Joseph P. McGee, who serves as director of the U.S. Army’s Talent Management Task Force and was formerly the deputy commander of U.S. Army Cyber Command, spoke at a recent Hot Topic forum on Army networks and cyber capabilities hosted by the Association of the U.S. Army’s Institute of Land Warfare. 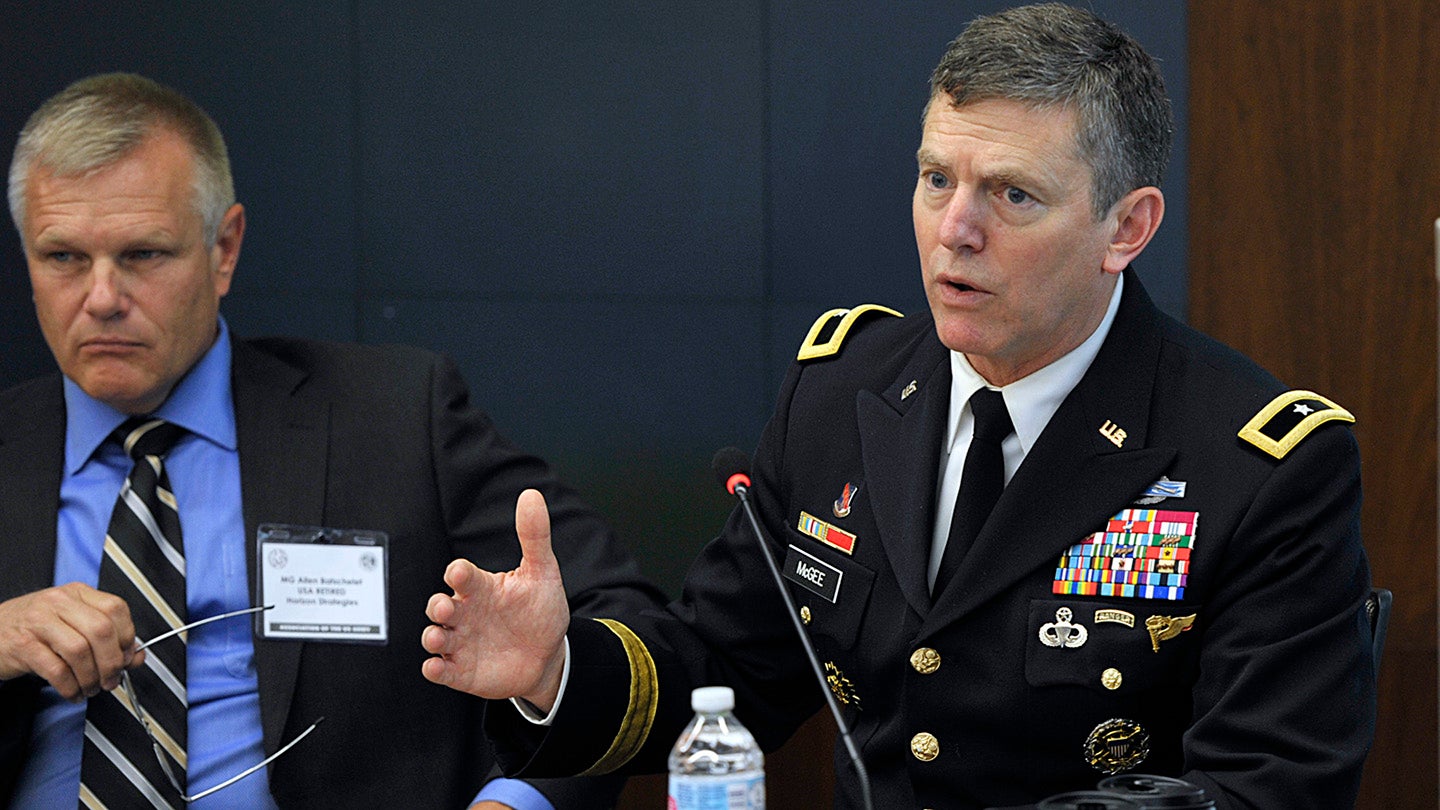 The way the Army looks at talent management is made up of four pillars: acquire, develop, employ and retain, McGee said.

“It is really difficult to ask an organization that is operating at full capacity to simultaneously do those things and be innovative about new approaches,” he said, adding, “People don’t like to change.”

The Army’s hiring process can be a difficult obstacle, McGee said. For example, a cyber recruiter at a job fair can offer a position on the spot, but to put that into effect requires a tremendous amount of time and effort, which can turn away potential candidates.

“Everyone complains about it,” McGee said, but when fundamental changes to the hiring process are recommended, “everyone looks the other way.”

Similar problems occur with retention. During his time at Cyber Command, McGee said that most personnel at all levels – enlisted soldiers, warrant officers and officers – agreed that the current talent management system was broken. However, when changes were suggested, no one wanted his or her own section to be affected. “The idea of change is great until it affects you,” McGee said.

The idea of bringing in “high-end tech talent” to increase operational effectiveness is a good one, McGee said, but the Army must be ready to absorb those people.

“We can bring in 10 highly skilled engineers from Silicon Valley, direct commission them as majors, but if it takes a year to get a security clearance and another year before anyone in the command will really listen to them, that creates an exceptional sense of frustration” resulting in a lack of willing volunteers, he said.

“It is impossible to talk about fundamental talent management change without hitting the organization’s culture writ large,” McGee said.