The Texas Capital Area Chapter supported the City of Manor, Texas with the formal dedication of a Veterans Memorial Wall in honor of Veterans from their community near Austin, Texas. This is the second year that our chapter has provided the guest speaker and co-sponsored this important ceremony. This year the City of Manor
asked our chapter to help formally dedicate a memorial wall that they had constructed along with a gazebo in the city park. This was a real honor for our chapter to support this awesome ceremony.

MSG Anthony Dennis (USA, Retired), a long time member of our chapter was the chairman for the City of Manor for the event. There were approximately 175 guests who attended this ceremony from all branches of the service. There was a formal ribbon cutting ceremony and dedication of the Veterans Memorial Wall.

COL (Ret) Chris Doneski, VP for Industry/Community Outreach was the guest speaker and did an outstanding job. His remarks were well received. He stressed the importance of service and honored all Veterans attending the ceremony. There were veterans from previous wars and conflicts such as WWII, Korea, Vietnam, Iraq, and Afghanistan. He also honored the sacrifices and service of the families of these Veterans. The mayor of Manor, Dr. Christopher Harvey made a proclamation to honor veterans and also introduced COL (Ret) Doneski.

There was a wreath laying ceremony by the American Legion Post #331. Other community leaders were present at the event, Manor Police Officer, Gloria Rock (who played Taps) as well as Father Henry Cuellar, Jr. St. Joseph Catholic Church who provided the closing prayer. 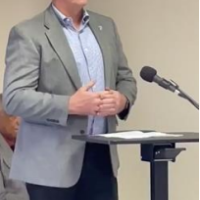 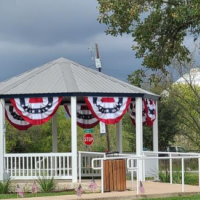 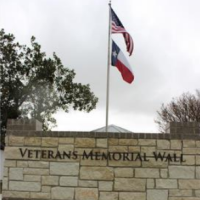 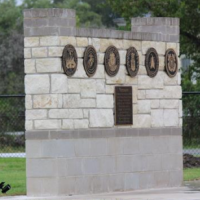