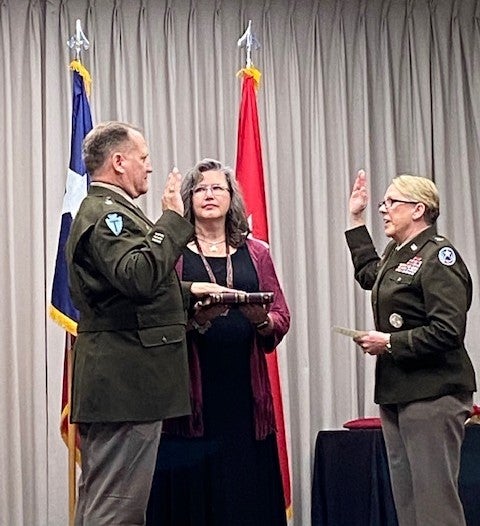 COL (Ret) Garry D. Patterson represented the AUSA Texas Capital Area Chapter at the promotion ceremony for  Major General Charles "Chuck" Aris held at Camp Mabry on 30 October 2021. He was promoted to Major General in the Bldg 8 Auditorium on Saturday morning at 10:00am.