D-Fend Solutions offers a radio frequency (RF)-based, counter-drone, cyber-takeover solution that facilitates safety, full control and continuity, to prevent asymmetrical terror attacks via rogue drones on troops and bases. Its solution autonomously executes RF-based, cyber-takeover of rogue drones for a safe landing and outcome, with a variety of deployment options.

Headed by Zohar Halachmi, D-Fend’s Chairman and CEO, D-Fend has quickly become a global, hyper-growth company with more than 170 employees (many of them veterans) spread across eight countries.

We are trusted on the battlefield, at bases and elsewhere… D-Fend’s flagship solution was successfully tested and deployed at high-level U.S. government agencies – including within military, federal law enforcement and homeland security departments, as well as major international airports. Anti-drone, cyber-takeover technology and expertise enhance the security of military forward-operating bases, patrols and sites.

In countering the asymmetrical drone threat being waged by militants, legacy counter-drone methods may not allow obtainment of the intelligence that captured UASs contain. Kinetic counter-drone solutions, which involve shooting down the UAS, destroy this intelligence by destroying the drone. They are also risky in urban areas, as they can cause collateral damage or harm civilians in the area. 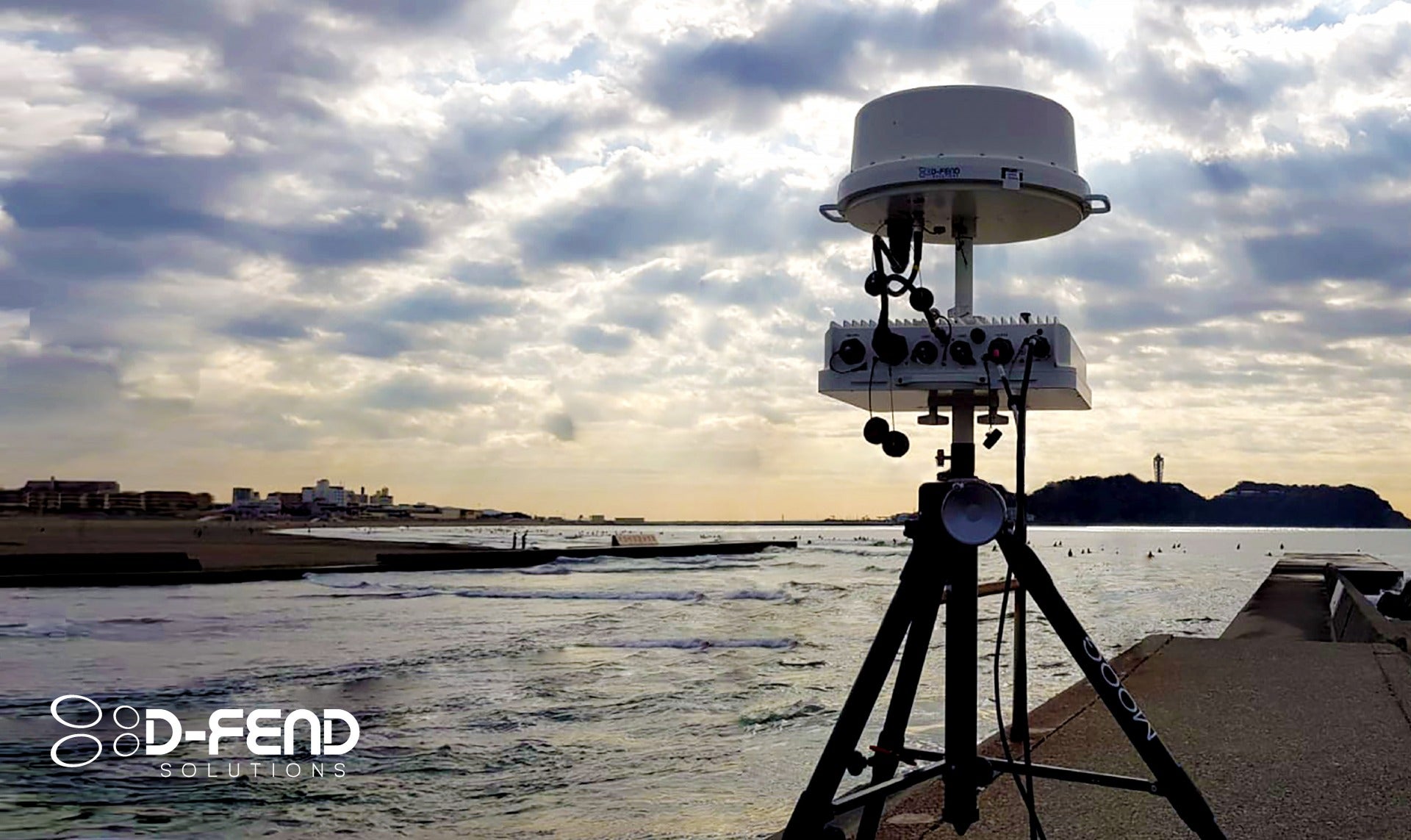 Jamming-based solutions, or hybrid solutions featuring jammers for mitigation, also do not enable capture of the drone, creating a missed opportunity to learn about the enemy. This anti-drone technology may block radio communications, which could also hamper critical communication between military/special forces units. Neither jamming nor kinetic solutions enable units to easily understand which types of drones are being sent to hamper their missions or to locate the drone pilots.

Military units are increasingly using authorized drones to help them on the battlefield. These drones allow them to see over ridgelines, arrange for more accurate targeting and adjust mortar fire, for example. Some traditional solutions may not recognize, distinguish and allow such authorized drones to continue to operate.

Cyber-takeover technology detects unauthorized rogue drones, identifies them, and then automatically takes control and lands them in a safe, designated area. The system is passive during detection and identification, so that military and special forces units do not unintentionally reveal their location.

An alert zone can be set for an outer perimeter, with multiple protection zones blanketing the surrounding areas. Unlike conventional counter-drone technologies, takeover technology empowers military personnel with full control and does not disrupt communications.

BREAK THE CYCLE WITH VALUABLE INTEL

Military intelligence can exploit the captured drone data to learn which types of drones are attacking them, where they were sent from, what the drone cameras were recording, etc.

To break the asymmetrical cycle, takeover solutions can provide a rogue drone’s home point/take-off position with GPS accuracy while the drone is still in midair and indicates the drone pilot’s position and remote controller location during take-off. This information can help military and special forces units obtain valuable intel on the physical location of the drone pilots and operators.

MOVING BUBBLE OF PROTECTION FOR SOLDIERS 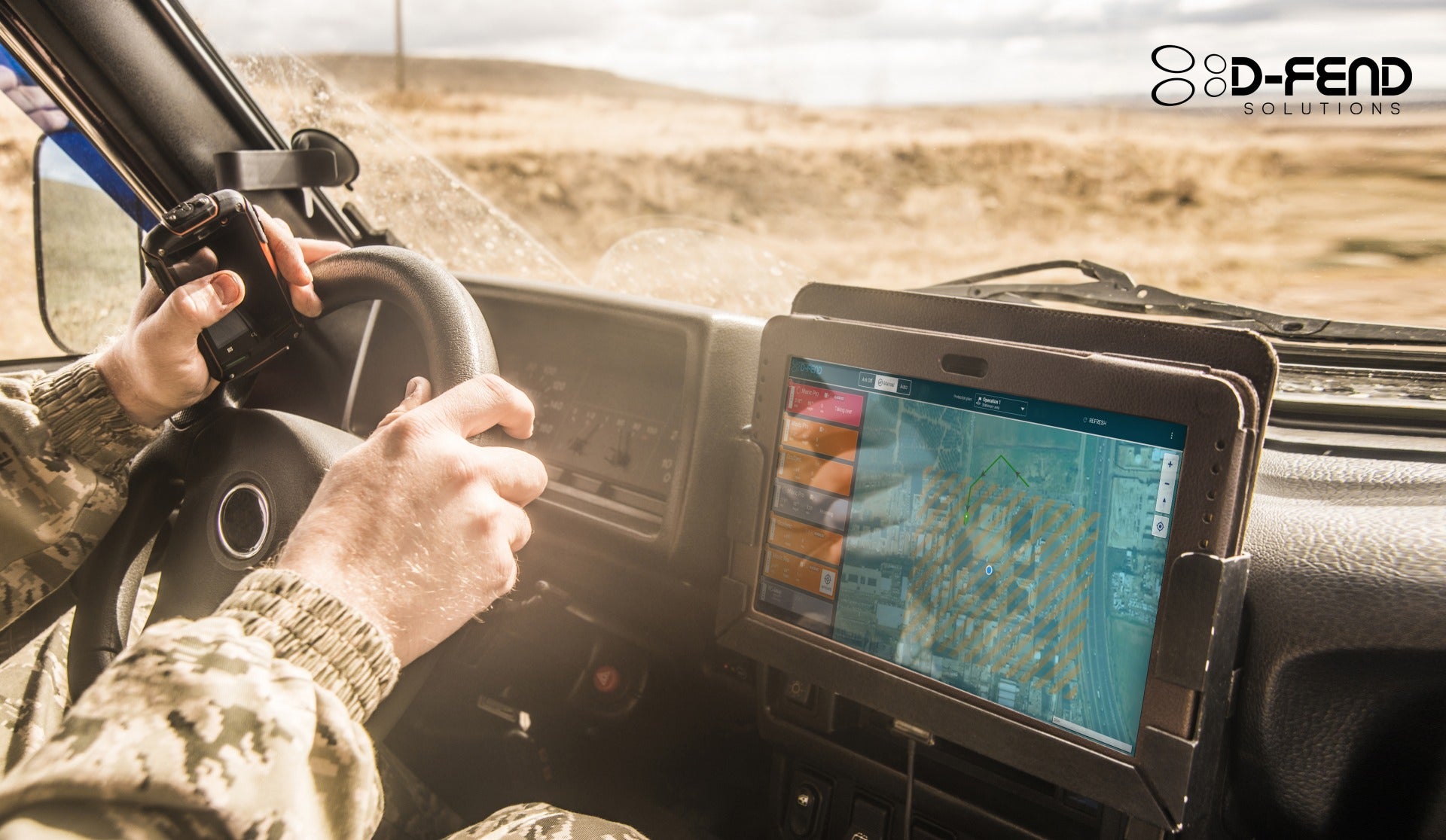 Cyber-takeover offers operational agility and flexibility, as core elements can be easily transferred, mounted and configured within a matter of minutes, enabling troops to go anywhere at any time. This includes a Military Vehicle installation and a Ground-Level Tactical deployment. The technology is relatively lightweight for easy transport. The graphical user interface and rugged tablet are intuitive and easy to use, and do not require a technical background.

A multi-sensor, command & control system (C2), can enable users to control multiple cyber-takeover sensors from a single server, empowering organizations to intuitively safeguard vast expanses of land from rogue drones and quickly scale up for virtually any operational requirement.

By seamlessly integrating into third-party C2 systems, a multi-sensor, command & control system enables top military system operators to view drone information on their map based C2 platforms, with an option to trigger mitigation via the third-party platforms. Organizations can seamlessly integrate counter-drone technology into their work processes and expand operational awareness beyond the tactical team operating the system.