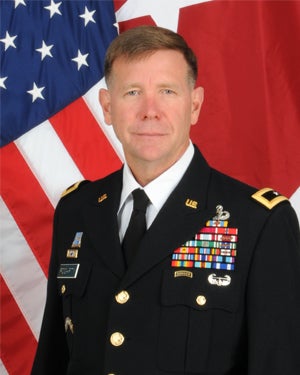 Major General Fogarty has been married for the past 34 years to the former Sharon Zelasky of Atlanta, Georgia.