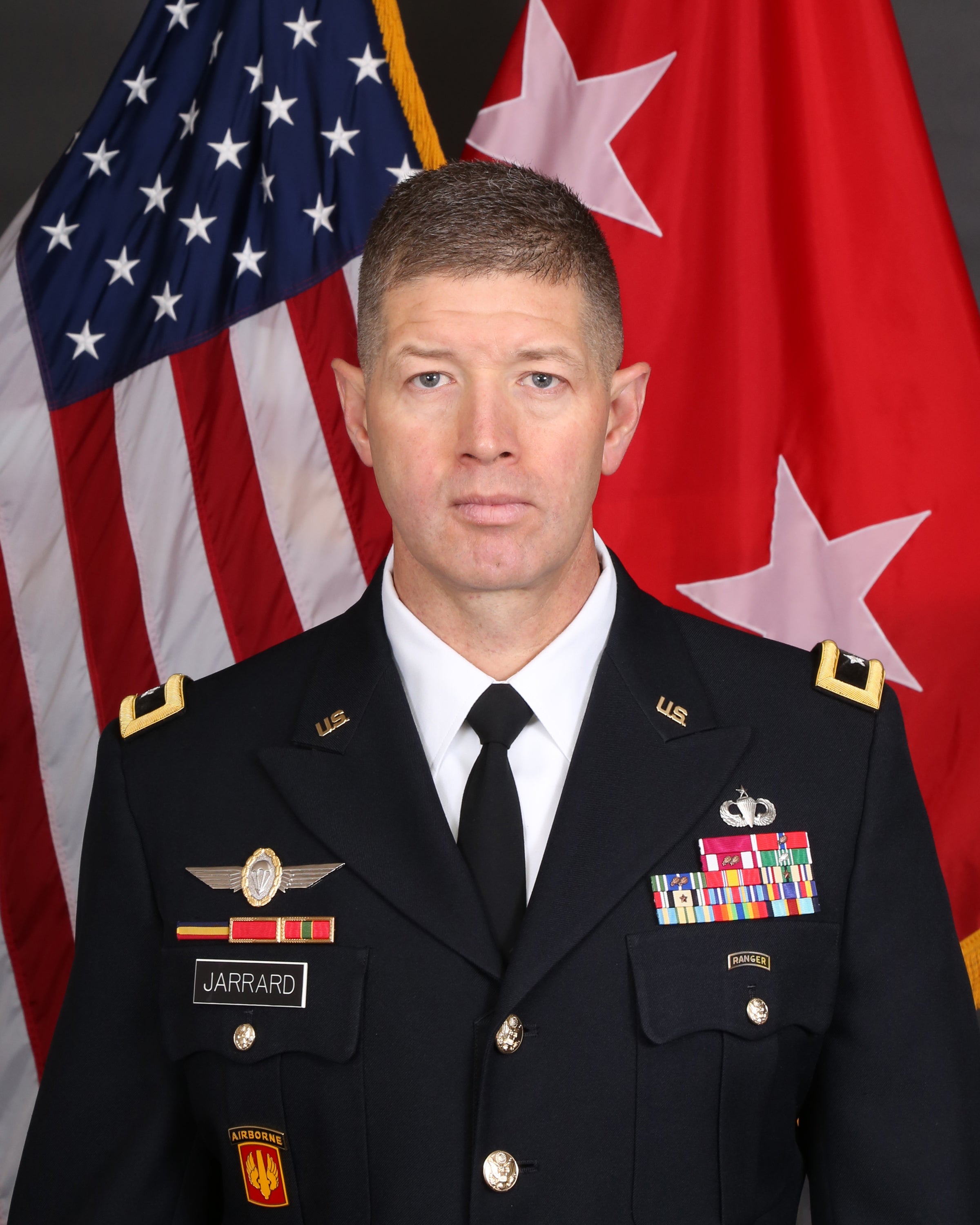 Major General Joe Jarrard graduated from North Georgia College and was commissioned a second lieutenant in the U.S. Army in 1988.  He served on Active Duty for over 20 years.

Under his leadership, the Georgia Army National Guard was selected by U.S. Army Forces Command to lead the way in implementing the Army's Associated Unit Program - the only state organization to have both division and battalion level associations with the Active Army component. This is a 5-year pilot program in which Georgia's 48th Infantry Brigade Combat Team is directly aligned with the 3rd Infantry Division.

Locally, the Georgia Department of Defense has recently opened a third Youth Challenge Academy (Milledgeville), making Georgia one of only three states with three academies. Georgia was also selected to establish one of only three cyber protection Teams in the National Guard, placing Georgia in the forefront of cyber defense.

While on active duty, Maj. Gen. Jarrard served at numerous duty stations to include Germany; Fort Stewart, Ga.; Fort Riley, Kan. and Fort Bragg, N.C. He deployed to Iraq in support of Operation Iraqi Freedom in 2003 and 2005.  He also worked as a defense contractor in Afghanistan from April 2010 to September 2011.

He and his wife, Susan, have three sons, Ben, Will and Joseph.