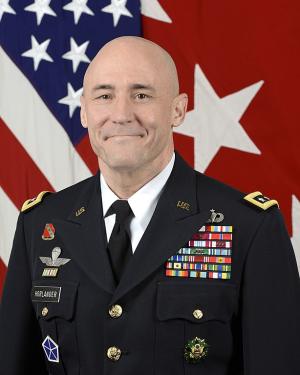 Lieutenant General Horlander assumed duties as the Military Deputy to the Assistant Secretary of the Army (Financial Management & Comptroller) on 3 August 2017.