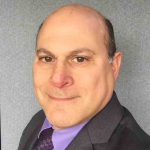 Charles Eassa is a senior research associate with the Georgia Institute of Technology, where he supports an office within the Office of the Secretary of Defense.

Colonel Eassa retired from the United States Army in 2016 after a long a distinguished service career. A graduate of the Citadel with a bachelor’s degree in business in 1986, he began his career as a Distinguished Military Graduate through the ROTC program and entered Field Artillery Officers Career Course.  After serving at numerous posts and climbing to the rank of Major, Eassa was instrumental in planning the ground invasion for Operation Iraqi Freedom.  He also served at the Combined Arms Center in Fort Leavenworth Kansas to stand up the U.S. Army Information Operations Proponent.  In 2011, he was deployed to Afghanistan to serve as the Information Operations Officer on NATO’s International Joint Command, and in 2013 he was transferred to the Joint Staff J39 as the Chief of Information Operations and Strategic Effects.  His personal decorations include the Defense Superior Service Medal, The Bronze Star, the Defense Meritorious Service, the Air Assault Badge, the Army Parachutist Badge, and the Joint Staff Badge.

Eassa is a graduate of the US Army War College and has a master’s degree in public administration from Harvard’s Kennedy School of Government.