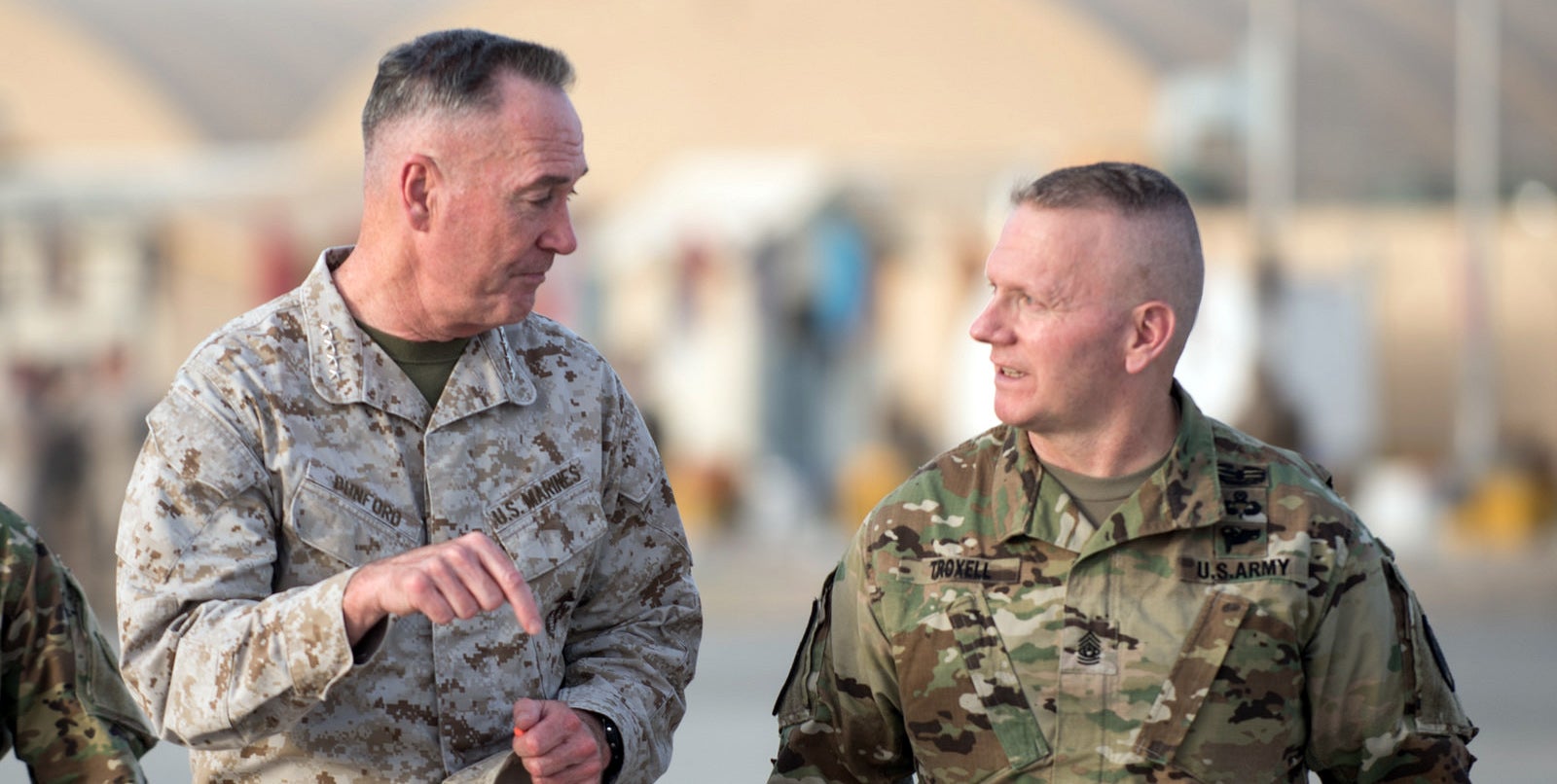 The Pentagon’s top enlisted advisor says the nation needs a “larger, more capable and more lethal force as we go forward,” but getting there requires having a stable budget and money to take care of deferred modernization and maintenance programs.

Speaking at a Nov. 28 news conference at the end of an annual enlisted-leader council meeting, Army Command Sgt. Maj. John Wayne Troxell, who serves as senior enlisted advisor to Secretary of Defense Jim Mattis and Chairman of the Joint Chiefs of Staff Gen. John Dunford, said 16 years of high-tempo operations and unstable budgets have hurt readiness and have “caused some of our service members to use worn-out equipment.”

“It keeps our maintainers pretty busy to keep it running,” said the U.S. Central Command’s senior enlisted member, Army Command Sgt. Maj. William F. Thetford, about dealing with aging systems, weapons and gear. “Sometimes the equipment runs because we have some creative young folks that are motivated and want to just get the job done,” Thetford said. “Would they like new equipment? Absolutely, but not because of a sense of entitlement. It is because they want to be successful and they want to get after the mission.”

Troxell was mostly upbeat in his remarks. There are “a lot of good things that are going on in the operation environment but let there be no doubt, we do have challenges,” he said.