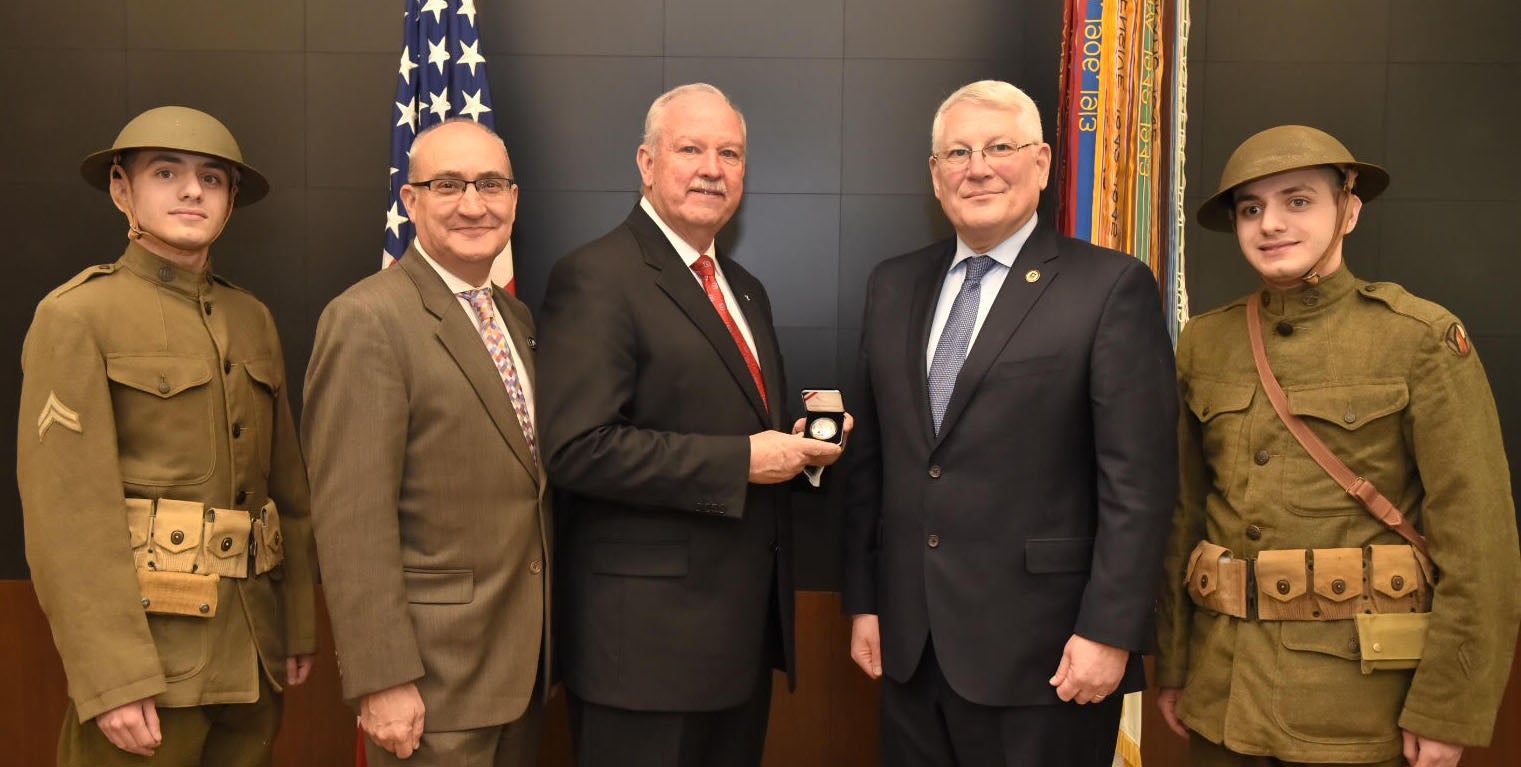 The grandson of World War I hero Sgt. Alvin York visited the Association of the U.S. Army to deliver a newly minted commemorative coin struck by the U.S. Mint for the 100th anniversary of the U.S. entry into the Great War.

The design of the Centennial Silver Dollar was announced in October at AUSA’s Annual Meeting and Exposition.

The grandson, retired Army Col. Gerald York, presented one of the coins to retired Gen. Carter F. Ham, AUSA president and CEO. Ham is a former commanding general of the 1st Infantry Division, a unit established as part of the U.S. buildup to World War I. It is the oldest combined-arms division in the Army and the oldest continuously serving Regular Army division.

Sgt. Alvin York is a Medal of Honor recipient and one of the most decorated U.S. soldiers in World War I. Ham described York as one of the first soldiers to gain nationwide recognition.

The grandson, Col. York, a member of AUSA and chairman of the Sgt. York Patriotic Foundation, said his grandfather used to say, “Freedom is not a thing you can win once and for all. We never owned freedom. We only got a lease on it.”

Money from the sale of the coin will support the U.S. Foundation for the Commemoration of the World Wars, and will assist the World War I Centennial Commission created by Congress to mark the war that involved more than 4.7 million American men and women.