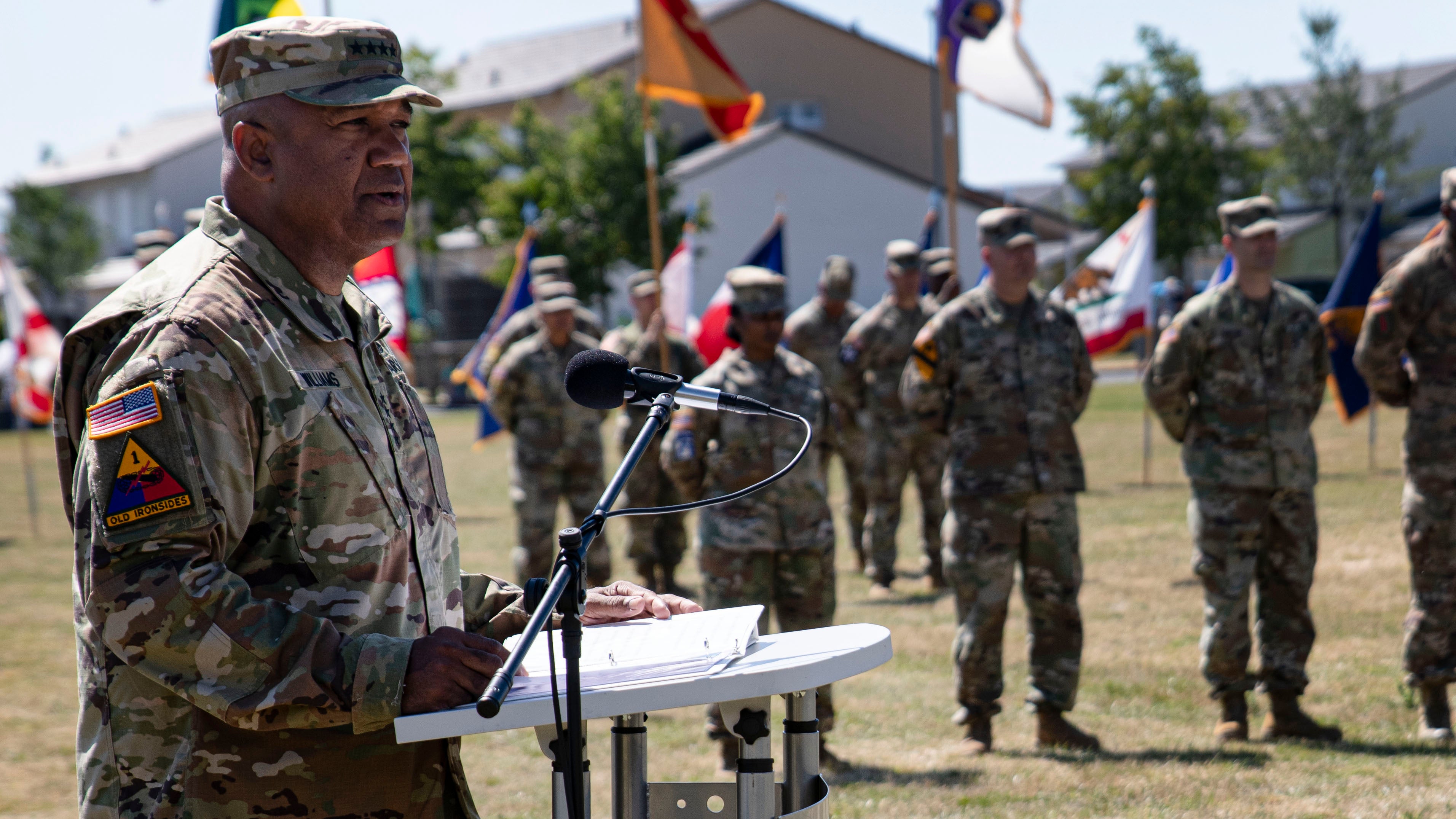 Williams, who received his fourth star for the new assignment, comes to Europe after serving as the 60th superintendent of the U.S. Military Academy at West Point, New York, since July 2018.

“Leadership and service is both an honor and a privilege, and I am both honored and privileged to continue serving our Army and our nation,” Williams said during the change-of-command ceremony in Wiesbaden, Germany.

Cavoli is headed to U.S. European Command, where he will lead all U.S. military forces in the European theater and serve as the Supreme Allied Commander Europe for NATO. He has led Army Europe and Africa since October 2020. From January 2018 until the Army consolidated its Europe and Africa commands, Cavoli served as commander of U.S. Army Europe.

He is scheduled to take on his new command in a ceremony July 1 in Stuttgart, Germany. He will succeed Air Force Gen. Tod Wolters.

Cavoli and Williams begin their new jobs during a critical time in Europe, as NATO contends with Russia’s invasion of Ukraine and U.S. troops deploy to the region to bolster the alliance’s Eastern European flank. The U.S. also is mulling changes to its force posture in the region in a bid to deter Russian aggression.

In his remarks, Williams emphasized the Army’s commitment to America’s allies and partners.

“We continue to stand by you, as you have stood by us for decades,” he said. “As our motto states, we are ‘Stronger Together,’ and we look forward to continuing to strengthen those bonds of friendship and interoperability.”

Before serving as West Point superintendent, Williams commanded NATO Allied Land Command in Izmir, Turkey. He also was commander of U.S. Army Africa in Vicenza, Italy, before the command was consolidated with Army Europe, and served as deputy chief of staff for operations for Army Europe.

A native of Alexandria, Virginia, Williams graduated from West Point in 1983 and is a career field artillery officer.

He has deployed in support of operations Desert Shield and Storm and Operation Iraqi Freedom, and as commander of Army Africa in 2014, he was involved with Operation United Assistance, fighting against the Ebola outbreak in Liberia.