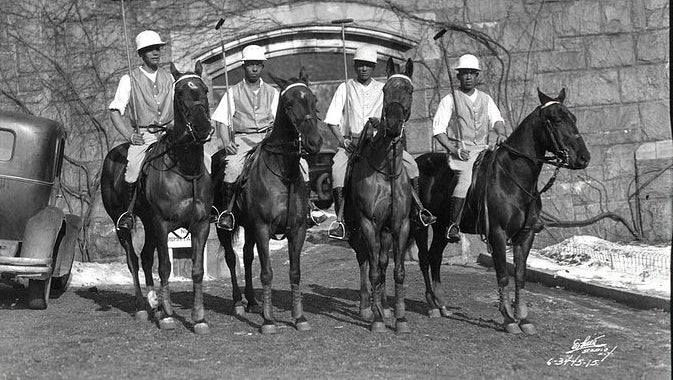 A monument featuring a trooper mounted on horseback will replace the U.S. Military Academy’s “memorial rock,” which was dedicated in 1973 to honor the Black Horse Cavalry Detachments, including the 9th and 10th Cavalry Regiments, that served at West Point from 1907 to 1946.

The monument will be “unique” to the soldiers’ service at West Point and include the marker from the rock memorial, according to the Buffalo Soldiers of West Point Association.

Aundrea Matthews, cultural arts director at West Point, said that while the rock monument was “cutting-edge” in 1973, it was time for a change.

“To salute a rock for the actual contributions that the Buffalo Soldiers made to West Point just didn’t seem appropriate,” Matthews said. “Nor was it at the standard of excellence that West Point actually upholds with regards to everything else.”

The new statue and surrounding plaza, a gift from the association to the academy, will be located on the south end of Buffalo Soldier Field.

Buffalo Soldiers were the first Black soldiers to serve in a peacetime Army after the Civil War, when Congress formed six all-Black regiments in 1866. These regiments were later combined into four, creating two cavalry and two infantry regiments.

Buffalo Soldiers, a nickname dating back to service on the western frontier, served in the Spanish American War, both world wars, the Korean War, and many other military campaigns.

The senior Matthews enlisted in the Army in 1939 at age 18 and was stationed at West Point before serving in World War II and the Korean War.

His visit to Fort Leavenworth, Kansas—the initial station for the 10th Cavalry—and its Buffalo Soldiers monument sparked his determination for a new memorial at West Point, Aundrea Matthews said.

“He was the oldest living Buffalo Soldier that served at West Point, and he lived and breathed this every day,” she said, adding that he provided input on the memorial’s design. “He kept this alive, the organization alive [and] ... the ceremonies alive at West Point through his own connections, his own hard work and determination.”

“Not many people understood the contributions that the Buffalo Soldiers made to the Corps of Cadets,” Aundrea Matthews said. “He was determined to make sure that the untold story would be told, appreciated ... and honored.”

The association aims to raise $1 million for the monument, Matthews said, and it’ll continue accepting donations until the memorial is completed next year.