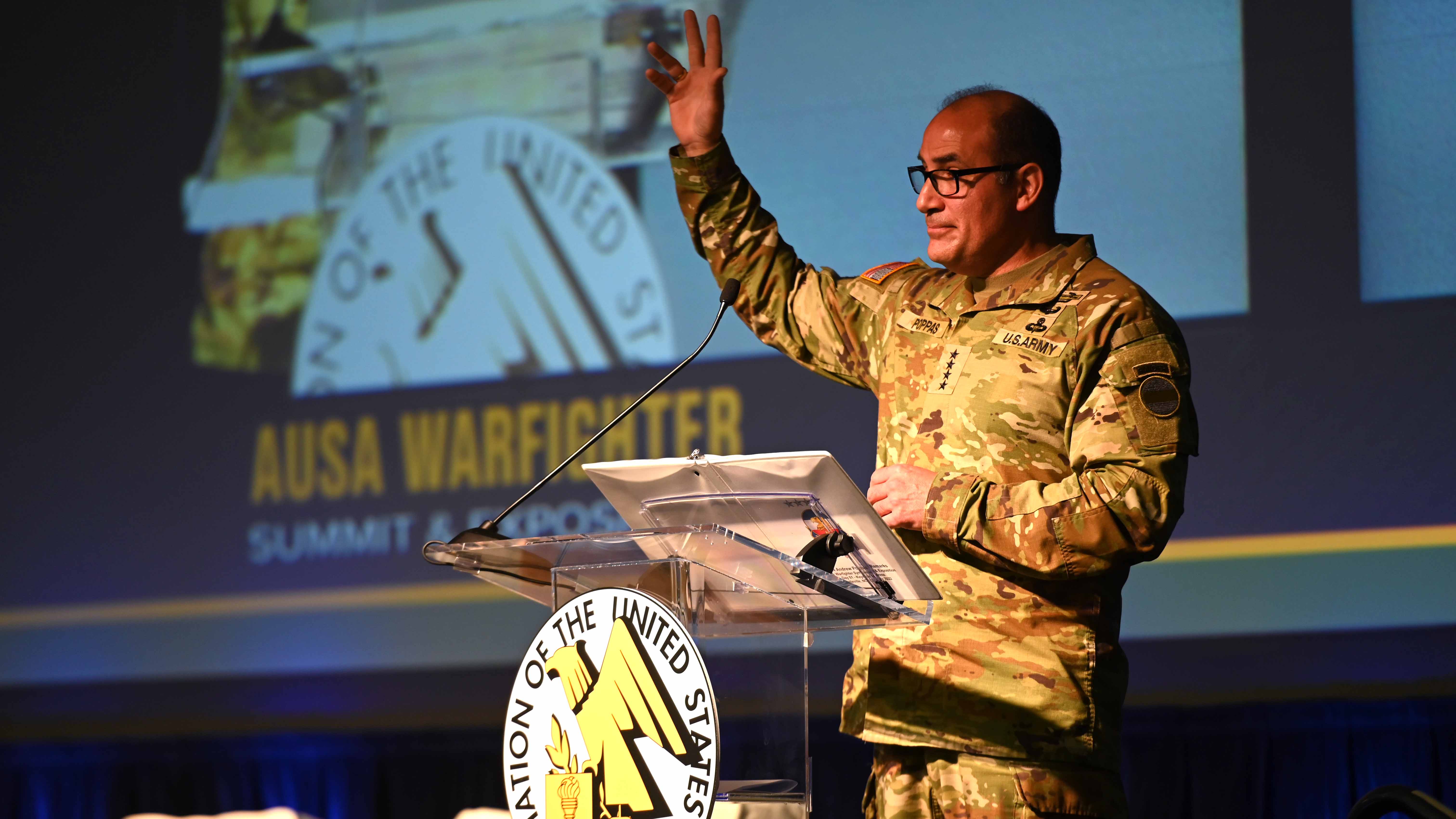 Today’s Army leadership has a key role in winning future battles, Gen. Andrew Poppas said July 27 in a keynote speech at the Association of the U.S. Army’s inaugural Warfighter Summit and Exposition in Fayetteville, North Carolina.

The new commanding general of Army Forces Command, Poppas said the summit represents an opportunity to focus on the adjustments the Army needs to make as the wars in Iraq and Afghanistan pivot to the possibility of large-scale combat.

“It is an exciting time to be a soldier, because this is a time of momentous change,” he said. “When we are not an Army at war, we must be, and we are, an Army at the ready.”

However, the question always arises: “Ready for what?” Poppas said, calling it a “fair question.”

The short answer is being prepared for change, he said. “We must be ready for what comes next,” he said. “America is entering a new era of global security challenges, and with it we are ushering in a new generation of warfighters,” Poppas said.

The Army needs teams of warfighters “who train and retrain” on the fundamentals, Poppas said. “They don’t to it until the task is right, but they continue to execute until they are incapable of getting it wrong,” he said.

It isn’t easy, he said. It takes professionalism, proficiency, discipline and physical fitness, Poppas said. It also takes “up-to-date training and realistic conditions and an absolute winning attitude,” he said.

Leader engagement will be a critical part of how the Army prepares, Poppas said. This requires many things, including physical presence, by doing things like being there for morning physical training. “I expect leaders to look each soldier in the eye every single day,” he said. This gives leaders a better sense of responsibility over their soldiers, and gives soldiers a better idea of what is expected.

Face-to-face leadership is important, Poppas said. “Engagement has got to be face-to-face, not by text, not by email,” he said.

Retired Gen. Bob Brown, AUSA’s president and CEO, said the educational nonprofit has wanted for many years to hold a symposium and exposition near Fort Bragg, one of the Army’s largest and busiest posts. “This is our first event ever, and I can guarantee the best event ever,” Brown said.