War Preparations Have Evolved Since 1800

War Preparations Have Evolved Since 1800 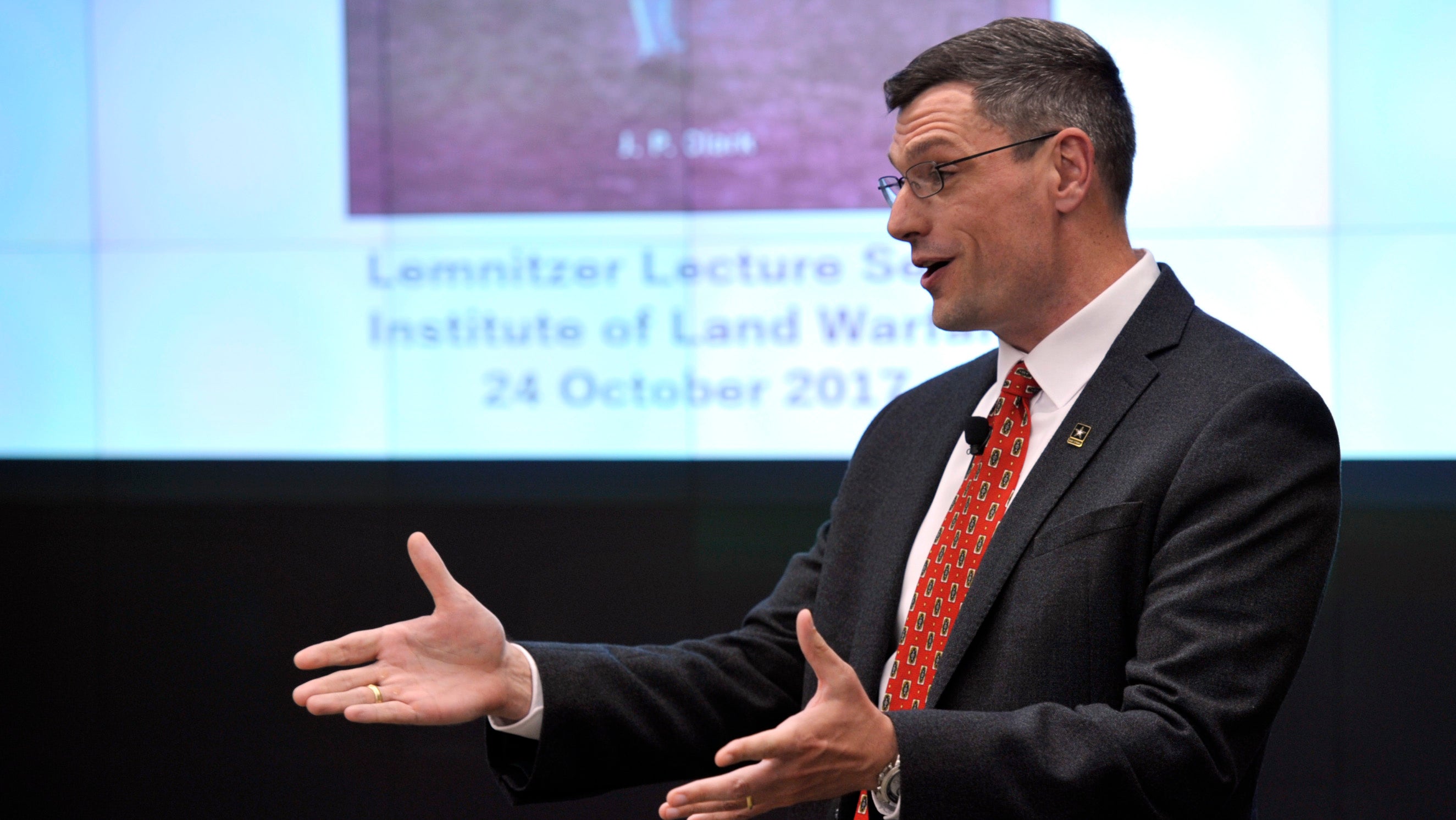 The author of a book about how the Army evolved between the War of 1812 and World War I says today’s military and the nature of warfare would be unrecognizable to history’s greatest American commanders.

Lt. Col. J.P. Clark, whose book Preparing for War: The Emergence of the Modern U.S. Army, 1815-1917 was published earlier this year, said between the 19th and 20th centuries, “the Army went from an informal mode of direction governed by the personality of the commander, to a system of formal direction using impersonal staff procedures.”

“If we had a time machine, we could bring one of the great soldiers of the 19th century forward to the present to show them how we select and train our commanders. I submit that they would regard it with horror as being misguided,” said Clark, who is chief of the Joint Concepts Branch at the U.S. Army Capabilities and Integration Center at Fort Eustis, Va.

Each generation of soldiers has a distinct way of preparing for war, Clark said. Though some underlying assumptions are deeply rooted and remain in place, sharp breaks with the past must occur as well.

One of those breaks was at the start of the 20th century, Clark said. “Though our present methods of preparing for war are quite different from a century ago,” a World War I soldier, such as a young George C. Marshall, “would recognize and understand our ways if he came forward in time,” Clark said.

Clark spoke at the Association of the U.S. Army as part of the Institute of Land Warfare’s Gen. Lyman L. Lemnitzer Lecture Series that features authors of books on military topics. The next Lemnitzer Lecture, on Nov. 15, will feature ABC News Chief Global Affairs Correspondent Martha Raddatz discussing her book The Long Road Home: A Story of War and Family.