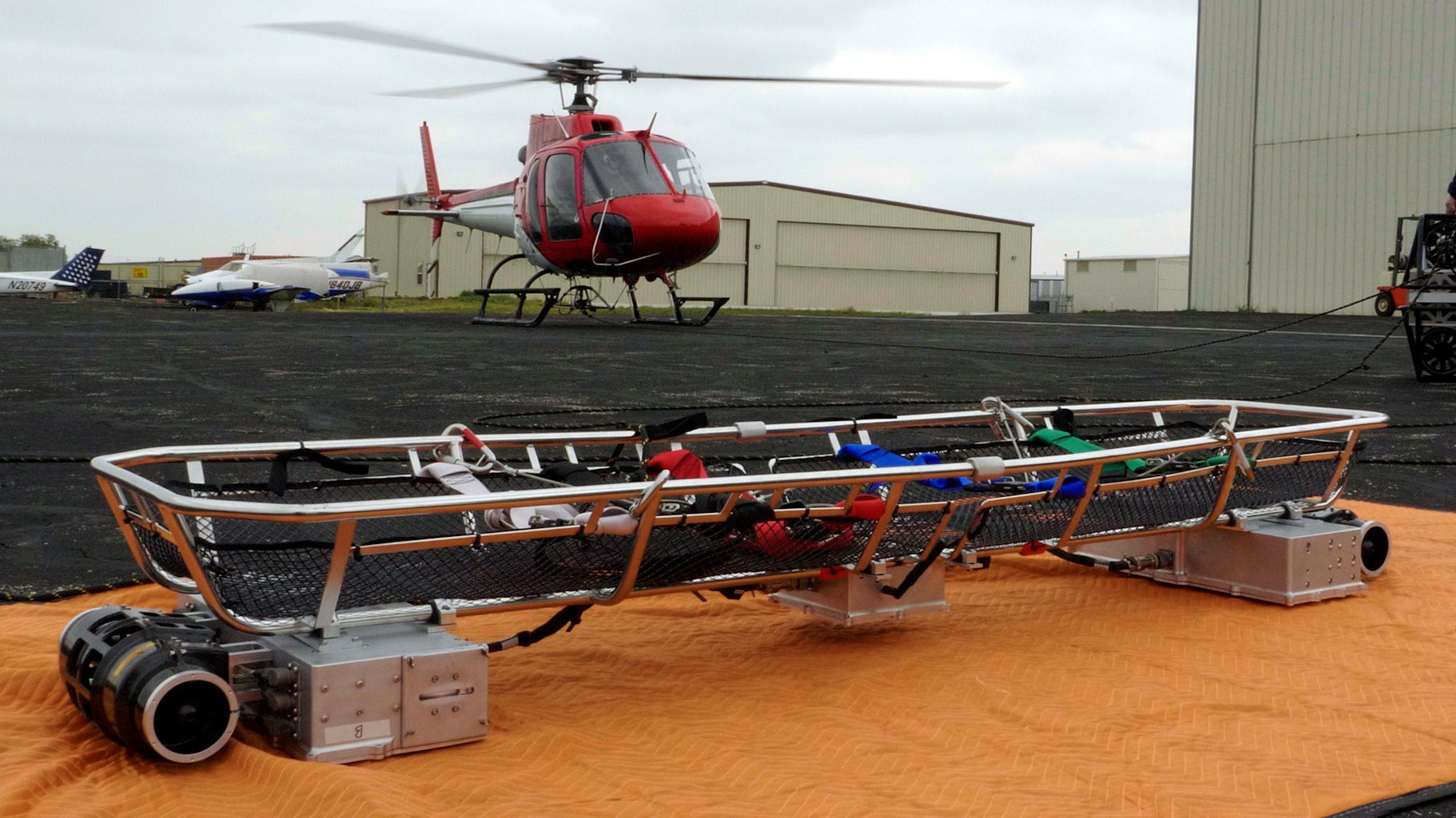 The company behind a next-generation hoist rescue stabilization system for aeromedical evacuations has won the fourth round of the Army’s xTechSearch competition.

Vita Inclinata Technologies of Broomfield, Colorado, was named the winner of xTechSearch 4.0 in a presentation Oct. 15 during AUSA Now, the association of the U.S. Army’s virtual annual meeting. The company will receive a $250,000 prize.

The system, dubbed the Next Generation Autonomous Hoist Rescue Stabilization System, helps stabilize a litter or stretcher as it’s being hoisted into the air by a rescue or medical evacuation helicopter.

“The problem that we’re trying to solve is that the past 74 years of hoist rescue missions have had a lack of stability,” Derek Sikora, one of the company’s co-founders, said on the Vita Inclinata website. “Our technology enables you to control exactly where that hoist is going to go by giving the aircraft the capability to position the hoist.”

The system reduces the time the aircraft is exposed and enhances the safety of patients and aircrew, Sikora said.

The xTechSearch 4.0 competition began with 350 participants before being whittled down to 10 finalists, said Bruce Jette, assistant Army secretary for acquisition, logistics and technology.

“All of the demonstrations were exceptional,” Jette said. “I congratulate each and every one of you for your stellar achievements and hope you continue to engage the Army to deliver these capabilities to our soldiers.”