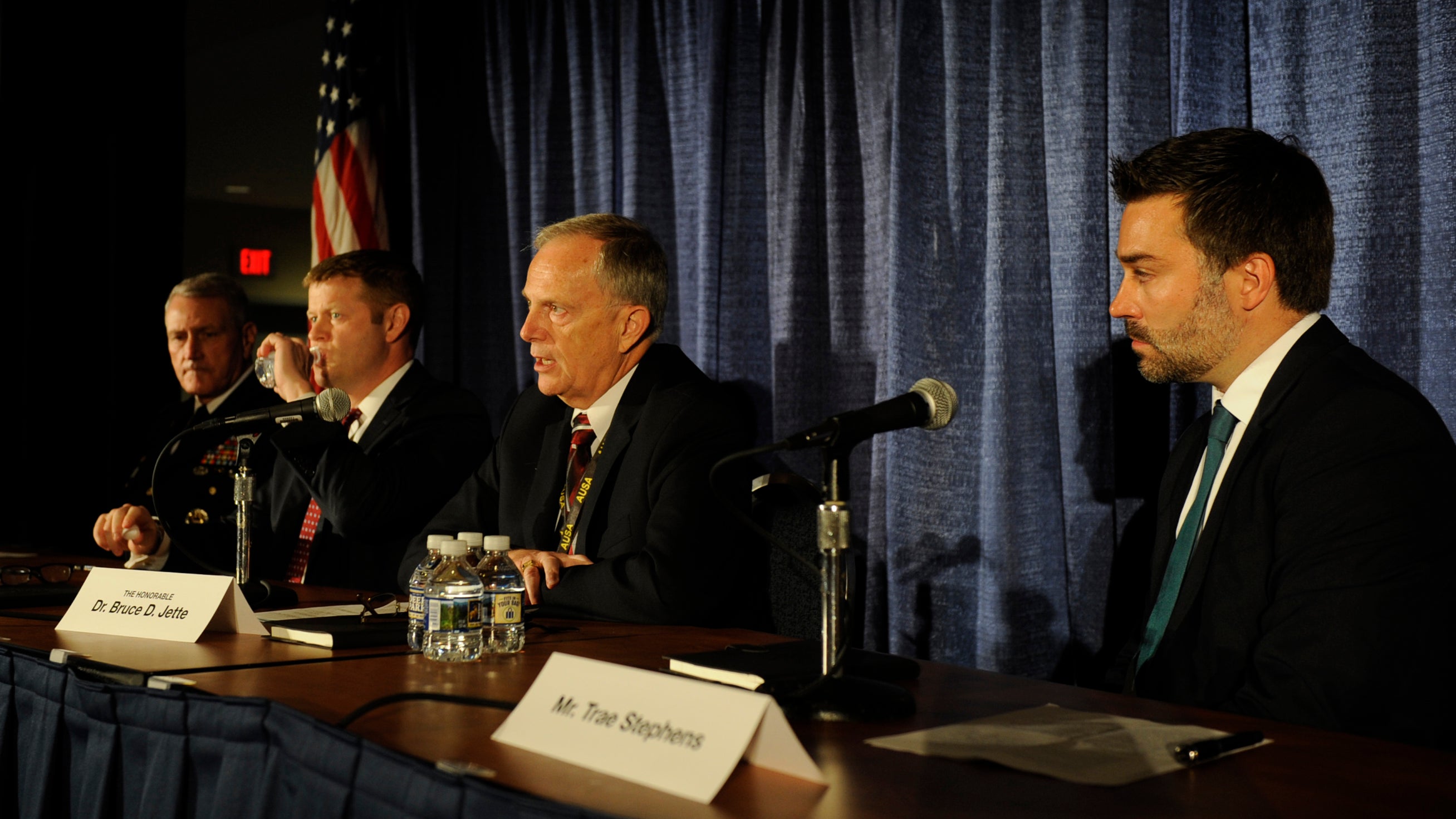 The 2018 AUSA Annual Meeting and Exposition in Washington, D.C., included a U.S. Army Futures Command panel presentation, in which representatives from multiple communities of interest presented an overflow crowd with their perspectives on the new command, some early command accomplishments, and the way forward.

“We’ve been doing a lot of talking and we have made a lot of decisions in the last year,” said Undersecretary of the Army Ryan McCarthy. “And much of how we will be successful in the future is how we work with industry and Congress as we proceed forward.”

McCarthy went on to highlight the new operating model that is being employed under U.S. Army Futures Command and highlight “its inherent value.”

“Up front I want to make sure that everybody understands that Army Futures Command and the Army’s modernization effort have one fundamental focus. And that’s to make soldiers and units more lethal,” said Gen. John M. Murray, who leads the new command. “That is really the only metric that matters to me and to the Army. It’s all about the output of the process that the secretary just described.”

As the assistant secretary of the Army for Acquisition, Logistics and Technology, Bruce D. Jette offered, “We will have success in this endeavor for enterprise collaboration by a single-minded focus, truly a unity of effort,” he said.

Jette went on to clarify responsibilities, identify enablers, and identify current and emerging policies that are critical to the process.

An interesting addition to the panel was Trae Stephens, a venture capitalist with Founders Fund, which has supported companies like Palantir and Space-X. Stephens highlighted the small number of technology startups supporting government efforts and outlined some of the ways that governments can help to “bring talent into this space.”