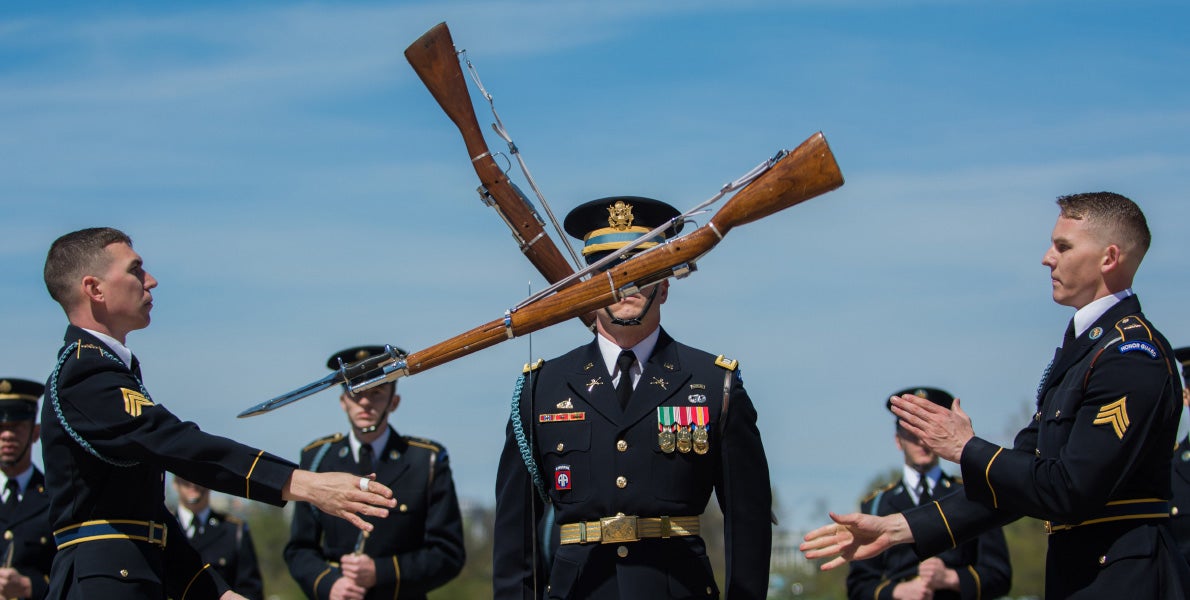 The U.S. Army Drill Team is looking for new opportunities to show off. A unique platoon within The Old Guard performs precision drills with bayonet-tipped 1903 Springfield rifles, showcasing their skills while acting as goodwill ambassadors.

The team is part of Headquarters and Headquarters Company, 4th Battalion, 3rd U.S. Infantry Regiment, the historic Army unit known as The Old Guard that is the Army’s official ceremonial unit and a direct asset for the Army chief of staff.

Members of the team can come from any MOS. It can take up to nine months to be a certified team member.

Outreach is a primary mission, which is why the team makes appearances for military, government, nonprofit and civilian organizations in addition to appearing as part of the high-profile Twilight Tattoo ceremonies held from May to August at Joint Base Myer-Henderson Hall, Va.

“On any given year, the team will participate in over one hundred unique ceremonies, including professional and collegiate sporting events, JROTC or ROTC events, parades and community outreach events, high visibility military ceremonies, and foreign outreach and goodwill performances,” Old Guard officials said in a statement.

Requests for the Army Drill Team to perform can be sent via email to [email protected] or [email protected] using a DD Form 2536. You may also call the Special Events Section of Military District of Washington Ceremonial Activities at 202-685-2994.