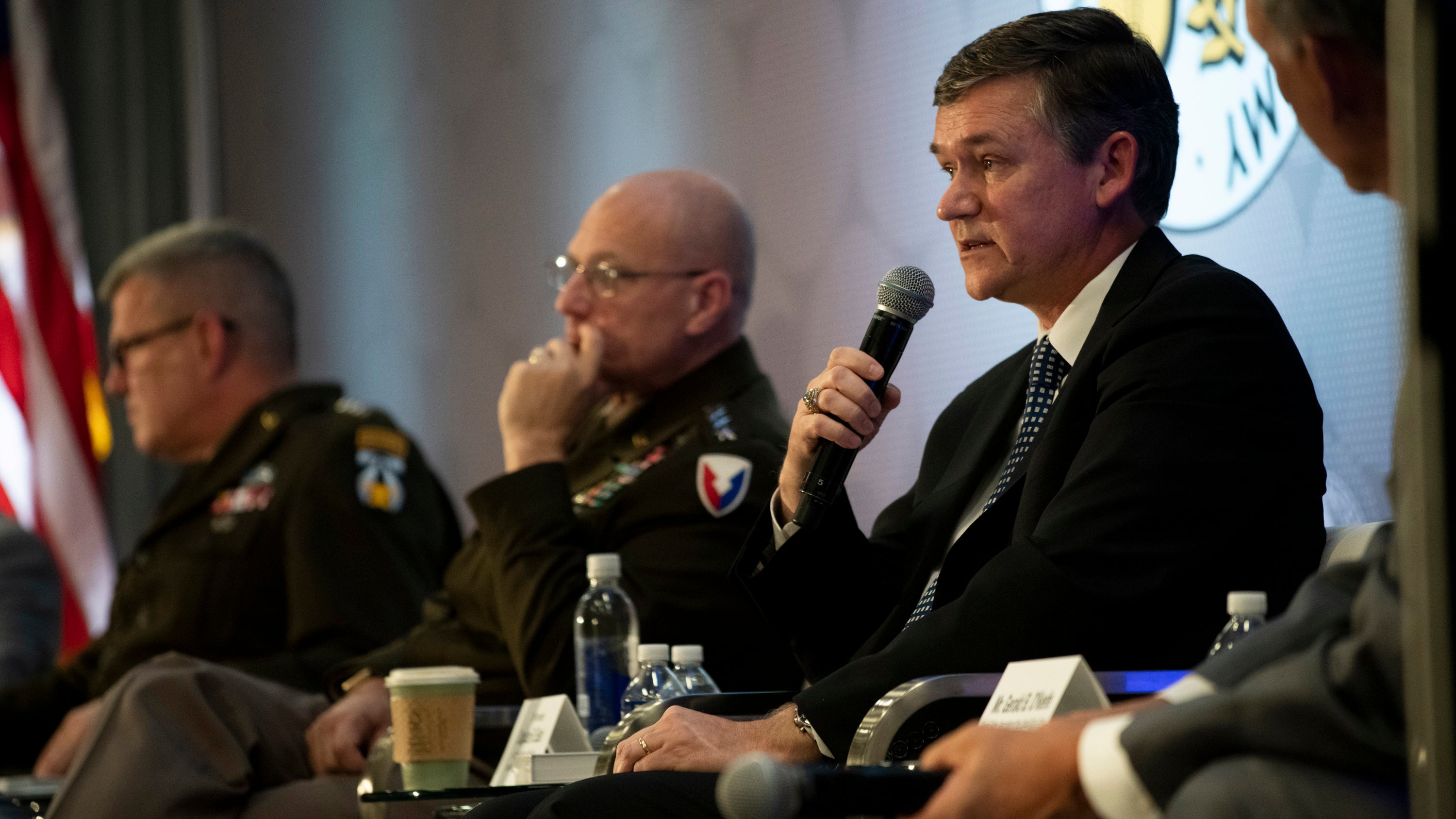 As Russia’s war on Ukraine enters its ninth month, U.S. Army leaders are watching carefully and gleaning valuable lessons about the realities of the modern battlefield, the challenges of sustaining an extended conflict and the capabilities of the foe.

During a panel Oct. 11 at the Association of the U.S. Army’s Annual Meeting and Exposition, service modernization officials described what they’ve learned so far about how to best support Ukraine in its fight for survival and how the Army can posture itself to be resilient in future conflicts.

Doug Bush, the assistant Army secretary for acquisition, logistics and technology, said speed in acquisition and agility in production have proved to be crucial in the fight.

“One thing that’s been a big deal with our Ukraine response is our working with industry to dramatically and quickly move to higher rates of production for systems to replace what we’ve sent to support our allies in Ukraine,” Bush said. “So that’s been ongoing work. But industry has been very responsive.”

The U.S. military has sent billions’ worth of resources ranging from Javelin and Stinger missiles to Switchblade unmanned aerial systems to Ukraine over the course of the conflict. Bush said the process has reinforced the importance of the organic U.S. industrial base, how it works in concert with internal military capacity and how it must be sustained to keep the military prepared for war.

“You have to have, in this case, government-owned capabilities, before a crisis to fill in the short-term needs before our amazing commercial defense industry can come roaring along behind and get us up to the levels we need,” he said.

Gen. James Rainey, the newly minted commander of Army Futures Command, said the Ukraine war had reinforced to him the importance of having a professional NCO corps, as the U.S. Army does.

“It looks like the Russians built the formation and tried to push combined arms maneuver down to a battalion level,” he said. “It didn’t have the quality and capacity in their commanders to fight combined arms at the battalion level, which is the opposite of what we think we should be doing.”

But, he said, the Army needs to adapt more to the challenges of fighting in full view of the enemy, rather than relying largely on overwatch, choosing points of contact and having well-supplied bases to fight from.

“If I was a younger officer, if I was training anybody below brigade level, they need to figure out how to fight out of turrets, underneath ponchos and out of rucksacks,” Rainey said. “So, how are we going to take all the high-tech stuff that we know we need, and deliver it in a way that doesn’t require you to stop, hold still or pile up more than a couple of vehicles? … You’ve got to figure out how we’re going to survive on a battlefield against everything.”

Gen. Edward Daly, commander of Army Materiel Command, said he had been impressed by the need to “set the theater” before a conflict with robust prepositioned stocks that are maintained and ready to go in a crisis. And the Army, he said, shouldn’t just think about Ukraine and Europe in applying that lesson, but also the Indo-Pacific, where logistics challenges are abundant.

“I think we have to really take away that not only at the tactical and operational level, but at the strategic level, we’re going to be contested from a logistics perspective,” Daly said, “from our power projection platforms and from organic industrial base sites, all the way to the tactical edge."

Though there are plenty of challenges and ways the service needs to adapt, Bush pointed out that Russia’s war on Ukraine has also revealed how Army capabilities stack up favorably against a major adversary.

“We read a lot about how our enemies are supposedly outpacing us,” he said. “I read that about a lot of Russian equipment. Well, we’re seeing what’s real now.”