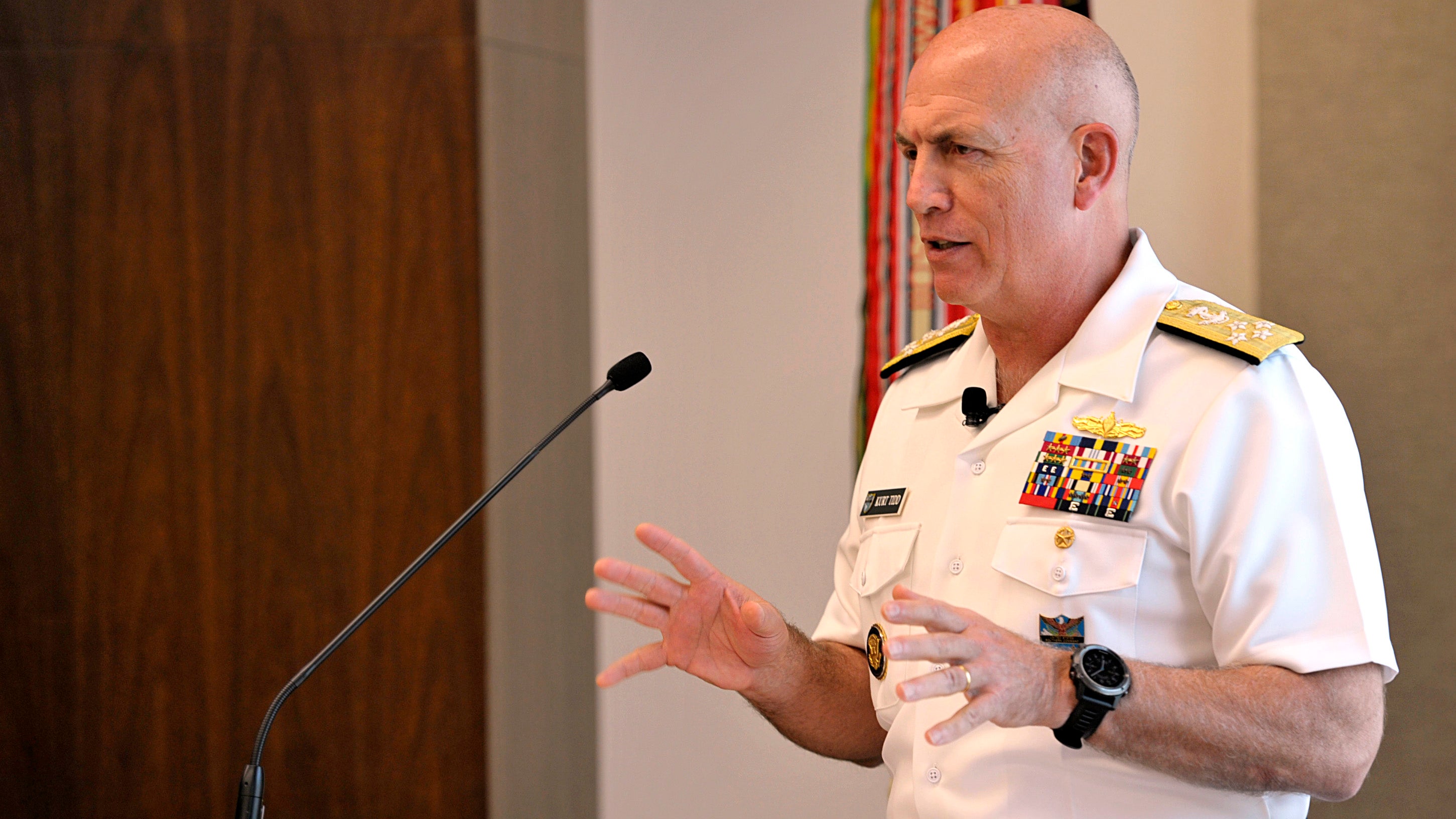 The U.S. is facing the “latest evolution of warfare” in its own backyard, threats to international security that are bubbling up from Latin America’s criminal networks, corrupt governments and “state actors with global ambitions,” the chief of U.S. Southern Command says.

Challenges arising in Latin America and the Caribbean fall into a “gray zone” rather than being widely understood traditional military threats, and there are consequences for regional and international security, said Navy Adm. Kurt W. Tidd in remarks at a Rogers Strategic Issues Forum hosted by the Association of the U.S. Army’s Institute of Land Warfare. The region, he said, merits greater focus.

“We are facing global disorder on a monumental scale, a decline in rules-based international law and a return to strategic competition on a grand scale,” Tidd said. The criminal activities of nonstate actors, which extend to large U.S. cities such as Chicago, Baltimore and Los Angeles, are “blurring the lines between crime and war.” Insecurity is also fostered by criminal activity inside governmental institutions, which is exploited and leveraged by state actors like Russia and China, he said.

“When people hear the words ‘increased competition from Russia and China,’ they think of what’s going on in Europe and Asia. That’s understandable. But as we have said, these are local actors with global ambitions, and those ambitions explicitly include Latin America,” Tidd said. The region, which includes the United States, “is key terrain in Russia and China’s global campaign” and represents the “latest evolution of war.”

The expected future high-end fight the U.S. military is preparing for, he said, is “supremely important, but everyone should remember this gray zone.” Technology will be important, but addressing the threat will require a basic grounding in history, culture, economics and in the human and cognitive domains. “Understanding and leveraging these areas may matter as much as technological superiority as we clearly have seen over the past two decades of war,” Tidd said.