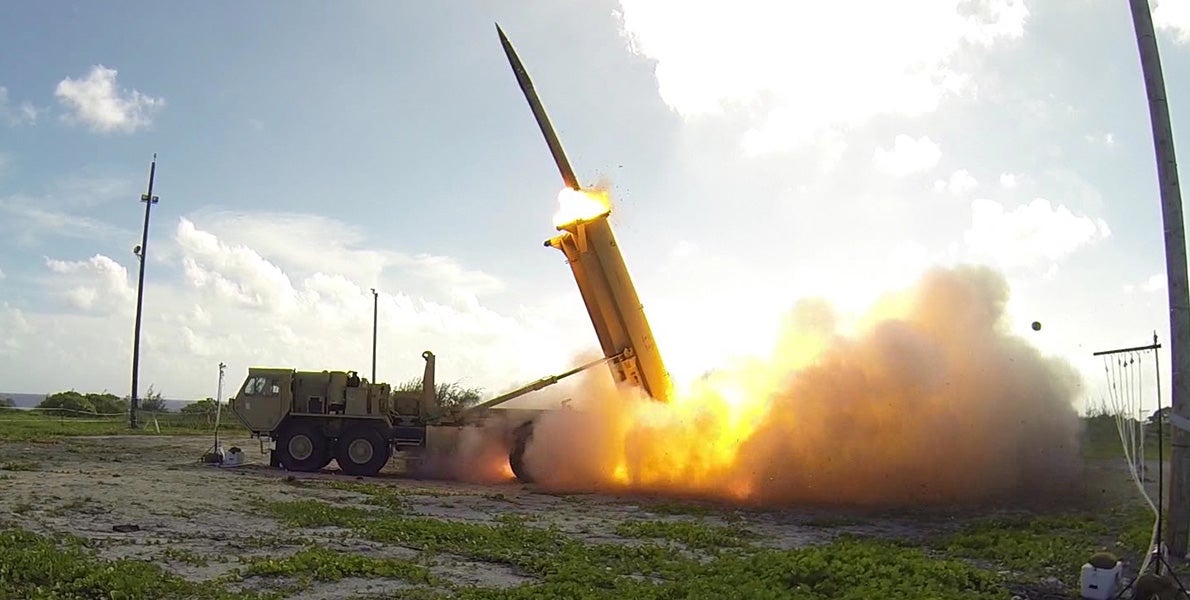 Deploying the THAAD missile defense system protects U.S. forces and civilians in South Korea and is critical to protecting the entire country, the Army chief of staff said as the South Korean government suspended deployment of additional launchers.

THAAD, the Terminal High Altitude Area Defense system, is a key defensive weapon to intercept missiles fired from North Korea toward Seoul. Two launchers have already been deployed with four more set to be installed. That installation has now been delayed while the government of North Korea’s new president, Moon Jae-in, considers how to respond to complaints about the potential environmental hazard posed by the missile batteries and complaints that the presence of the U.S. weapons might make an attack more likely.

Testifying before the Senate Appropriations Committee’s subcommittee on defense, Gen. Mark A. Milley said it was inappropriate for him to comment on the internal debate of another country but he believes THAAD is needed. “The THAAD missile is essential to the protection of U.S. forces and civilians in the city of Seoul and all the assets we have there,” he said. “It is also critical to protect the entire country of South Korea.”

In agreement with South Korea, the Army deployed the $920 million THAAD antiballistic missile system earlier this year in response to the increasing threat of North Korea’s nuclear and intermediate-range missile capabilities. That agreement was reached with the previous South Korean president. A new government was elected in May. The environmental study being considered could delay deployment of the additional launchers—which have already arrived in the country—until 2018.

Milley said he was not overly concerned. “We will work through that,” he said.