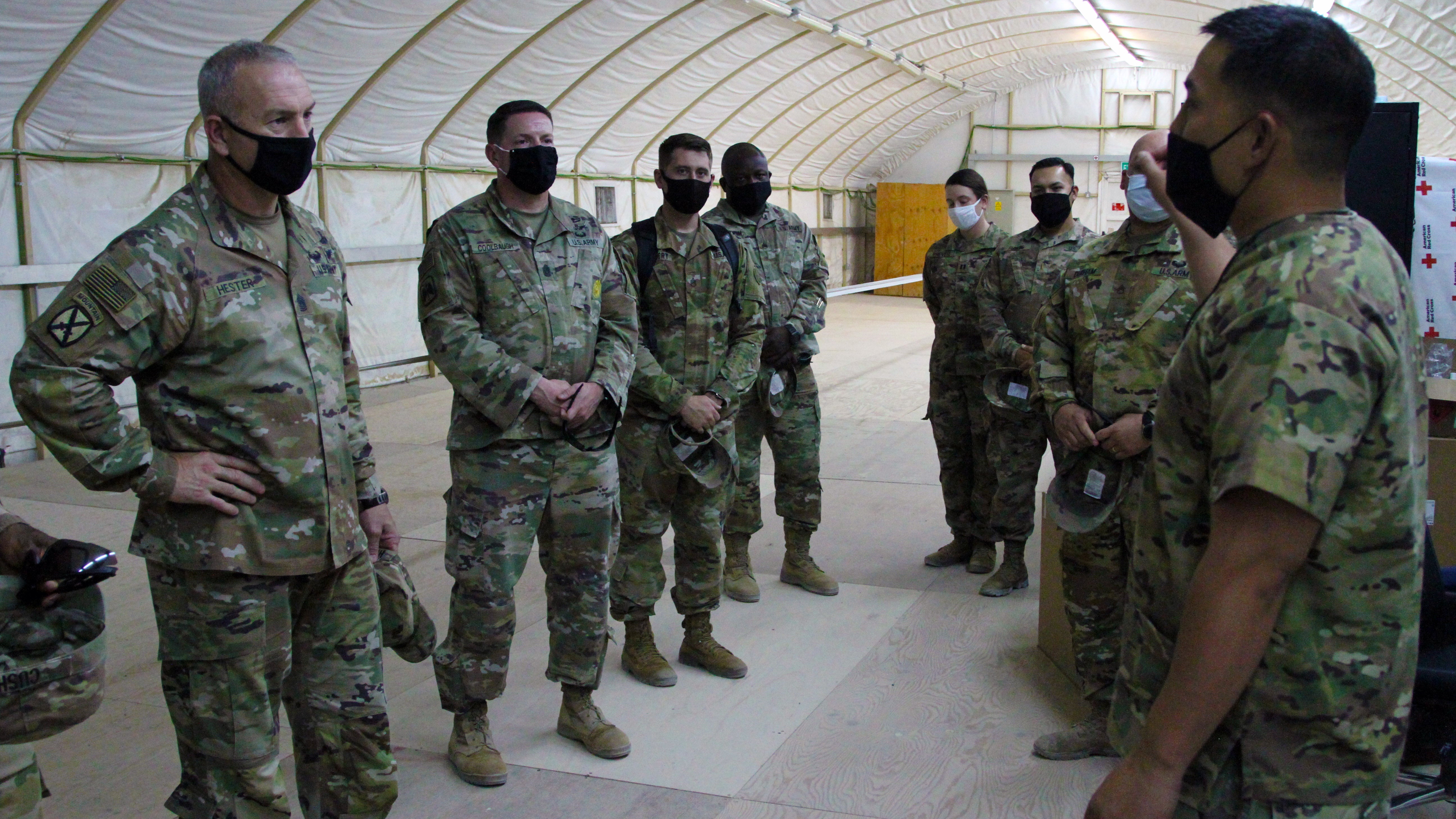 Leadership behavior during the COVID-19 pandemic “stands to benefit” soldiers of all ranks, according to Army research.

In a survey conducted in May by the Behavioral Health Advisory Team, more than 20,000 active-duty soldiers were asked about the pandemic’s impact on a variety of areas, including leadership response and public health and information gaps.

Speaking during a Warriors Corner presentation during AUSA Now, the Association of the U.S. Army’s virtual annual meeting, Amy Adler, acting director of the Research Transition Office at Walter Reed Army Institute of Research, said soldiers were asked if their leaders checked in, provided COVID-19 information and risk-mitigating strategies and encouraged them to report symptoms.

Of those surveyed, 63% agreed their supervisors led by example in following health guidelines. Meanwhile, 63% also agreed their leader shared useful information during the pandemic.

“Some of those leadership behaviors may be kind of mundane, but they're making sure people have kind of a bare minimum to keep them going,” Adler said.

“When soldiers said their leaders did those ... kind of very concrete, doable, actionable activities, then the soldiers did better,” she said.

According Adler, soldiers who reported “high levels of COVID-19 leadership” were more likely to report engaging in preventive health practices.

“These results do suggest that besides being a generally good leader, leaders who engage in COVID-19 leadership behaviors may be able to boost the health and wellbeing of their units,” Adler said.

The survey also asked soldiers about their perceptions of behavioral health and the impact of COVID-19 on families and relationships. It found a “number of reported stressors, fears and concerns,” said Phillip Quartana, a research psychologist at WRAIR and the team’s lead investigator.

Quartana said the most common stressors include time with friends and family; the inability to participate in social engagements; changing rules, regulations and guidance; impact on unit readiness; and someone close to them contracting the virus.

The Behavioral Health Advisory Team, consisting of scientists from WRAIR and the Army Public Health Center, was created to address a “critical knowledge gap” earlier this year, according to the Army.

The survey was designed to “inform evidence-based recommendations” for leadership and public health communications, Quartana has said.

The team is working on “phase two” of the survey, which will likely have a greater focus on mental health and suicidality than the first survey, he said.

“It's important to be able to acknowledge the kinds of changes that are taking place and the kind of underlying chronic stressors that are occurring for everybody,” Adler said.