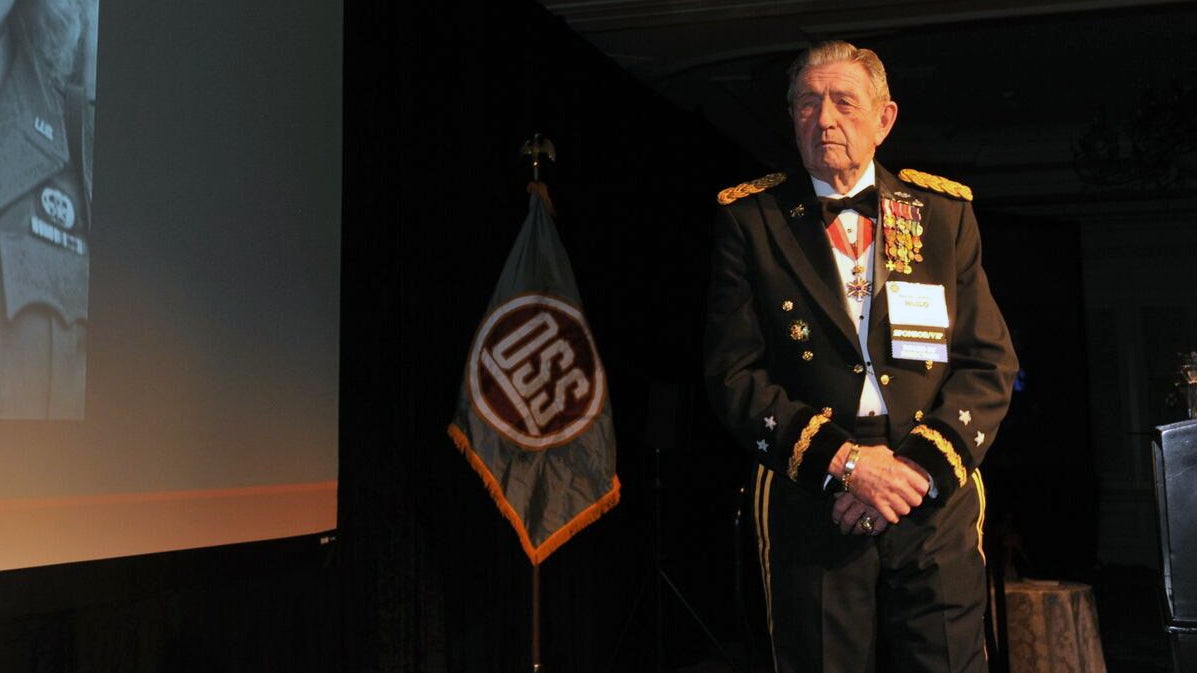 Photo by: The OSS Society

Retired Maj. Gen. Victor Hugo, a combat veteran with service in Vietnam and Korea and a lifetime member of the Association of the U.S. Army, died May 11. He was 88.

Born May 28, 1931, in Beverly, Massachusetts, Hugo graduated from the U.S. Military Academy at West Point, New York, in 1954 and was commissioned as an infantry lieutenant. After completing basic officer training, airborne school and Ranger school, Hugo was assigned to the CIA as a case officer for unconventional warfare and paramilitary actions in Vietnam.

In 1956, Hugo was assigned to the 3rd Infantry Regiment (The Old Guard) at Fort Myer, Virginia, where he served in various roles and wrote the plan for the internment ceremony of the Unknown Soldiers from World War II and Korea.

After completing Special Forces qualification at Fort Bragg, North Carolina, in 1962, Hugo was assigned to the 1st Special Forces Group on Okinawa, Japan, until 1965. During his time there, Hugo planned and implemented a mandatory area study program for teams deploying to Vietnam and developed an attack assessment matrix that provided indicators to Special Forces teams of impending Viet Cong attacks.

Hugo was next assigned to the Pentagon, where he served in the Office of the Joint Chiefs of Staff until he was deployed again to Vietnam in 1968. He then returned to the Pentagon and served in several assignments and was instrumental in establishing the Sergeants Major Academy.

Next, Hugo served as commander of the 38th Air Defense Artillery Brigade at Osan Air Force Base in South Korea. He planned and implemented President Jimmy Carter’s decision to transfer air defense of the Korean Peninsula to South Korean forces and deactivated his brigade in June 1981.

Hugo returned to the Washington, D.C., area and served at Army headquarters before taking on his final assignment as commanding general of the 32nd Army Air Defense Command in Darmstadt, Germany. He led the command from 1983 until his retirement in 1987 and was responsible for providing combat-ready forces to the NATO Integrated Air Defense System.