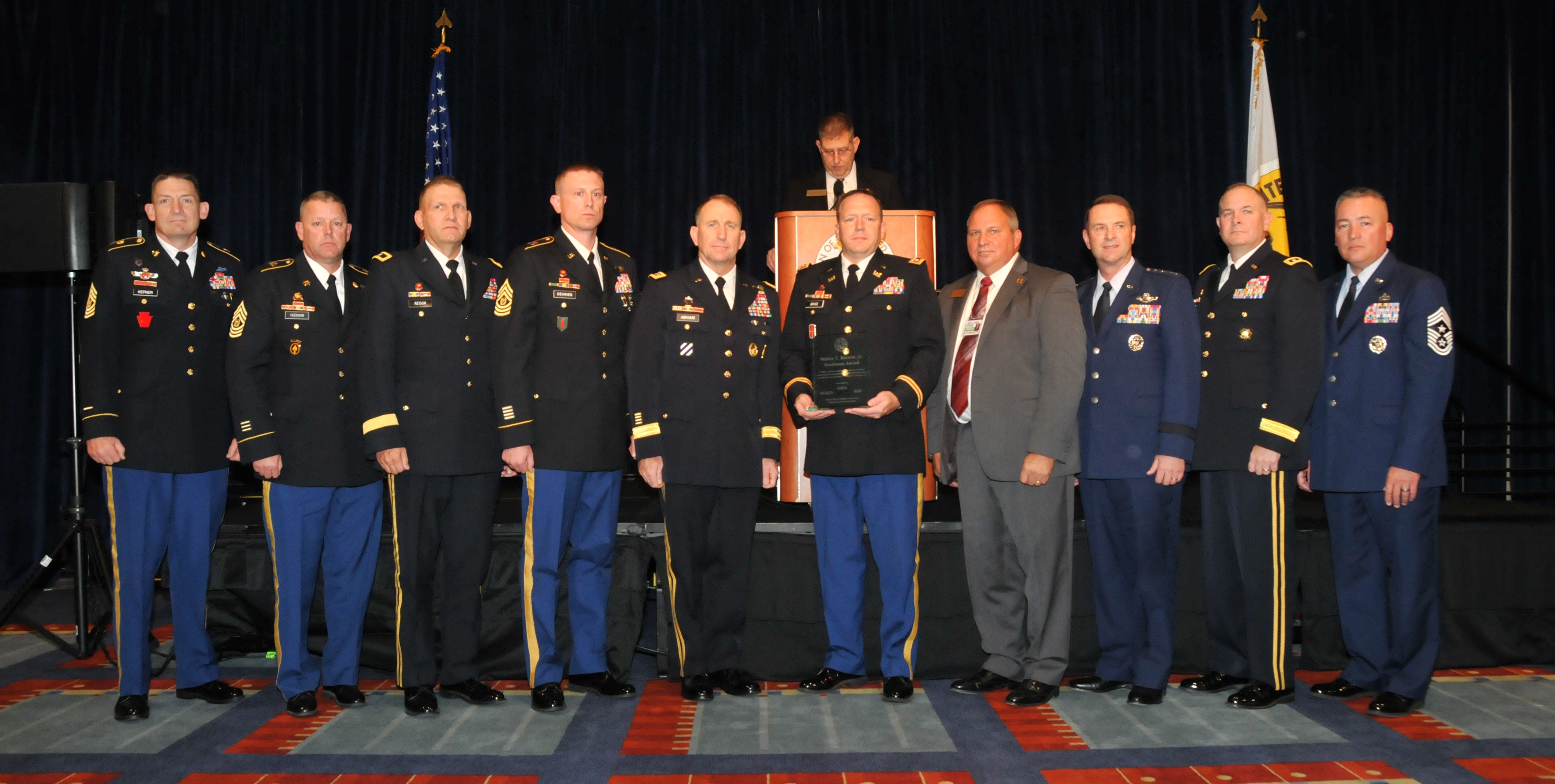 Supporting operations abroad as well as hometown infrastructure improvements earned honors for reserve component units from South Dakota and Minnesota during a breakfast ceremony Monday at the Association of the U.S. Army’s Annual Meeting and Exposition.

Gen. Robert B. Abrams, commanding general of U.S. Army Forces Command, told the approximately 400-strong breakfast crowd that the works of these reserve component units and all National Guard and Army Reserve units highlight the service's focus on readiness.

"They have exactly the right focus," Abrams said. "Readiness is crucial now more than ever."

In August 2015, the 155th Engineering Company of the 153rd Engineer Battalion deployed to Kuwait to support Operation Enduring Freedom and Operation Spartan Shield, the unit’s second deployment to Kuwait in support of operations in the region.  As the 155th was returning home from Kuwait, it was announced that elements of the 153rd Engineer Battalion, including the 153rd Forward Support Company, would be mobilizing for a nine-month deployment to Kuwait beginning in November.

Locally, the battalion was involved in activities to benefit the community as well as performing outreach and recruiting.  The 842nd Engineer Company transported equipment to Wood, S.D., to remove and destroy an aging, dilapidated stretch of highway that previously ran through town.  Members of the battalion also volunteered to help repair and replace playground equipment in Iroquois, S.D.

The Forward Support Company, 367th Engineer Battalion of the U.S. Army Reserve, based in St. Cloud, Minn., supported U.S. Southern Command’s Beyond the Horizon 2015, a multinational humanitarian and civic assistance exercise providing support to El Salvador.  During the multinational exercise, the soldiers built five schools and one medical clinic, resulting in the treatment of approximately 25,000 patients. They also conducted medical readiness and veterinary readiness exercises.