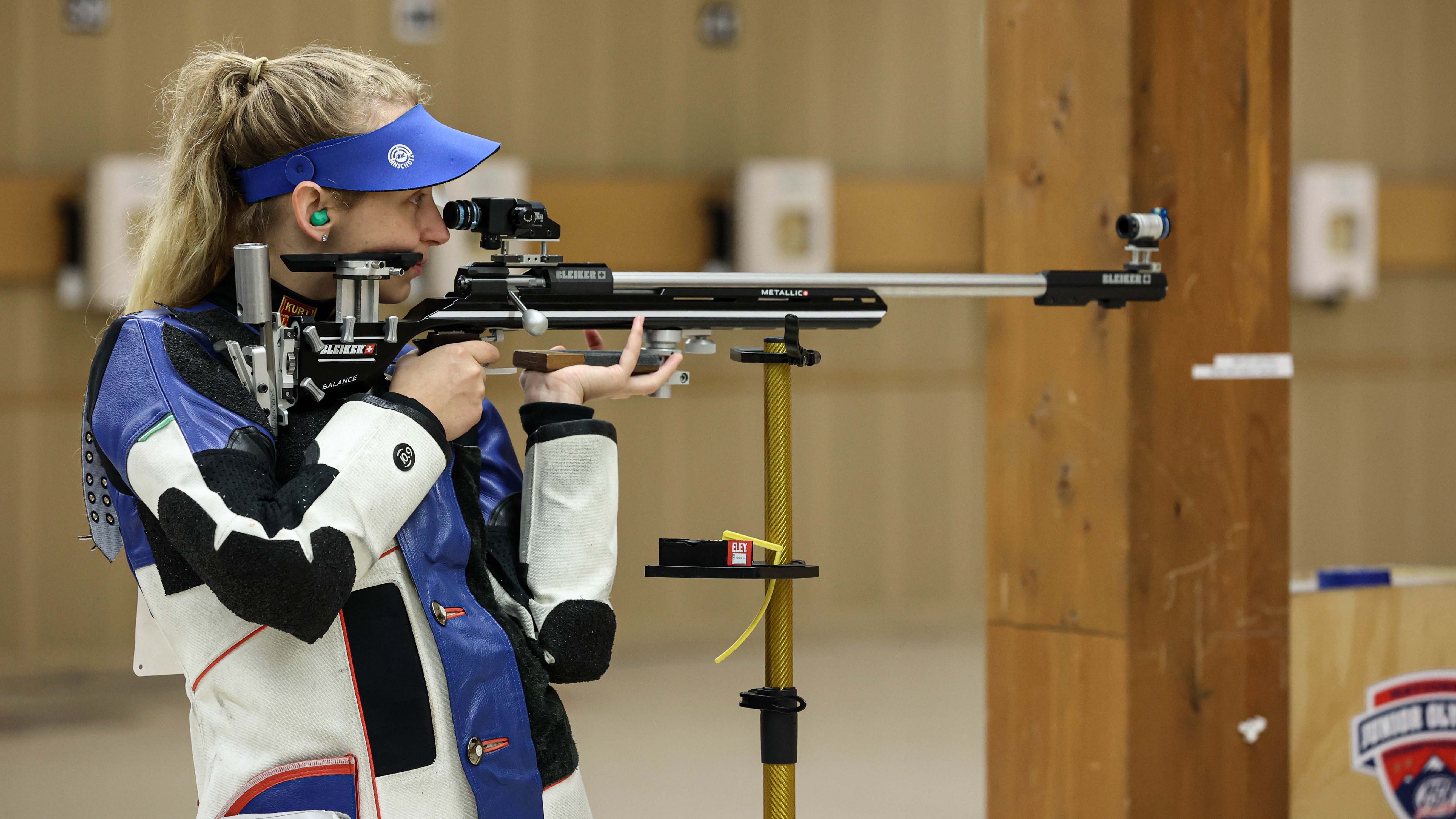 When Spc. Alison Weisz won the women’s 10-meter air rifle event at the 2022 International Shooting Sport Federation World Championship in Cairo in October, she became the first American woman to win the title in a rifle event since 1979.

Weisz’s win also earned her a spot to represent the U.S. in the 2024 Olympic Games in Paris.

“I am so grateful to have been able to be named a World Champion and bring home our first [rifle] quota place for the 2024 Paris Olympic Games,” Weisz said in a USA Shooting news release. “I am incredibly honored and am looking forward to what the future has to bring.”

Weisz, who also competed in the 2020 Olympics in Tokyo, beat China’s Yuting Huang “in a shot-for-shot final” to win the gold in Cairo, according to the release.

As a member of the elite Army Marksmanship Unit since 2020, Weisz competes as an expert marksman at the national and international levels. The unit selects “fewer than 100 soldiers, at the top of their marksmanship game,” according to a DoD webpage.

Though Weisz did not have much exposure to the U.S. Army growing up, she fell in love with shooting through a gun safety and education program.

“Once I had the BB gun in my hands and started learning the fundamentals, I kind of just fell in love,” she said. “Squeezing the trigger, loading another round and hitting the target again and again—maybe it’s like they say, ‘When you know, you know.’ ”

Already competing at the most elite level of shooting, Weisz remains humble and is always looking to improve at her craft.

“Now that I am at this elite level, I’ve found more to love [about shooting] and occasionally be frustrated with! I love pushing my limits to see how far I can go and how much better I can make individual aspects of the process through my training,” Weisz said in a Civilian Marksmanship Program news release. “But ultimately, nothing has been able to take away from the deeply rooted love.”

Her time with the Army Marksmanship Unit has helped Weisz to develop, both professionally and personally.

“I have had many learning experiences as a soldier, an athlete and simply as a human since joining that will continue to impact me throughout my life,” she said. “I’m grateful for my teammates on and off the line. Talking with each of them on various aspects of the sport is invigorating because we all have the same goals, but there is more than one way to find the answer. Although not everyone wants to believe it, we must remember success is found differently for each person/athlete.”