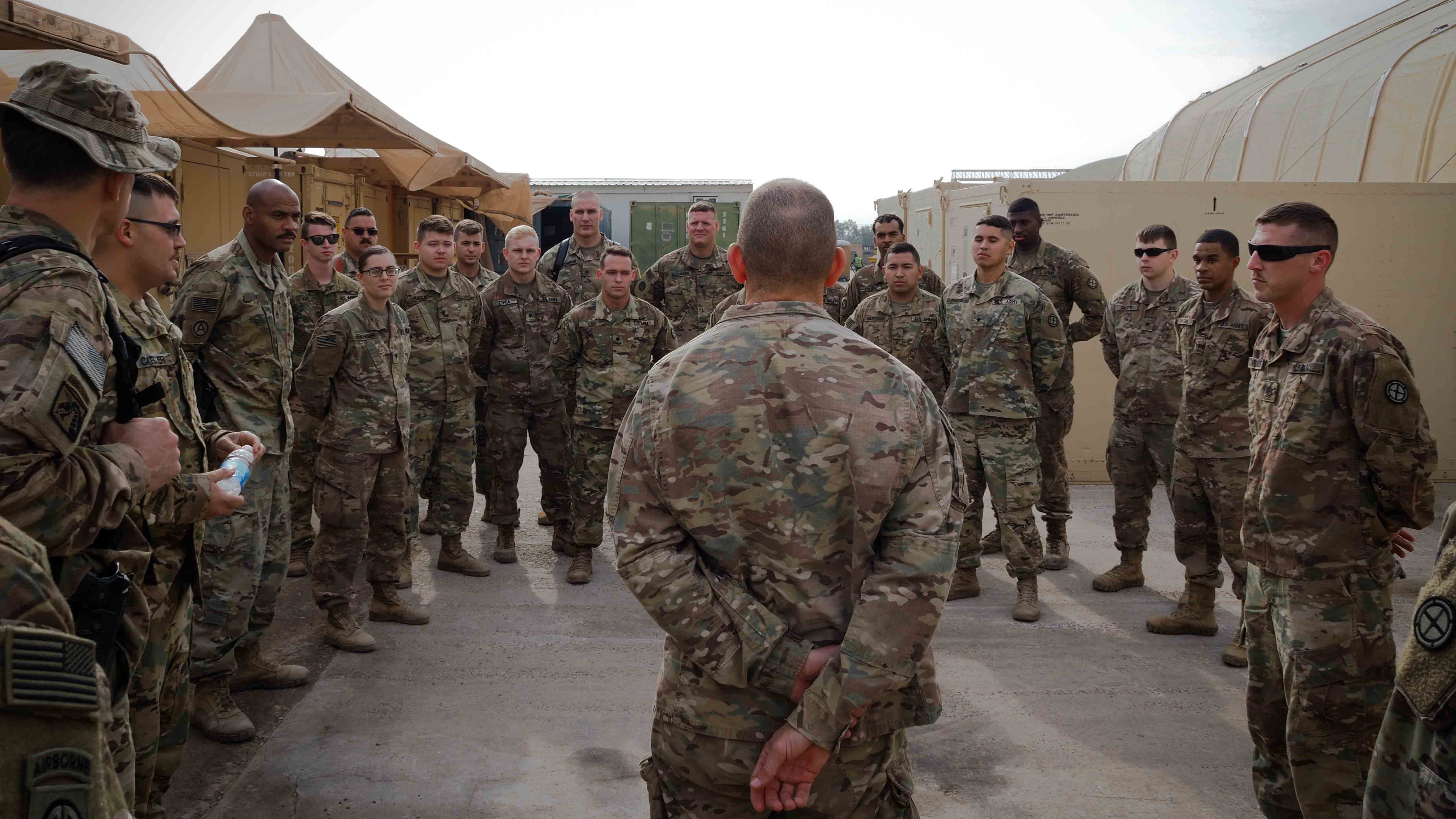 Commanders at all levels must take care of soldiers, even when things go wrong, for the Army to successfully navigate challenges at home and abroad, the sergeant major of the Army said.

Good leadership can make all the difference to soldiers, Sgt. Maj. of the Army Michael Grinston said during the recent Fires Conference held virtually by the Fires Center of Excellence at Fort Sill, Oklahoma.

“I can deal with repeated combat, I can deal with high op tempo, if I’ve got a great battery commander who says, ‘I’m going to do this for my soldiers, I’m going to stick up for them,’ ” Grinston said in response to a question about how a soon-to-be commander should prepare to lead.

But if you throw bad leadership into the mix, Grinston said, “all bets are off. It’s going to be a disaster.”

Grinston’s comments come as the Army works to eliminate bias and foster inclusion in the ranks, and one of Grinston’s key efforts is the This is My Squad initiative, which aims to build strong, cohesive teams.

This is My Squad is “not a slogan,” Grinston said. Instead, it’s a call for leaders to take ownership of their teams and get to know their soldiers.

A good way to start is to talk to your soldiers, Grinston said, especially about their lives and whether they face discrimination in their daily lives. “Don’t be afraid of it, don’t shy away, don’t ignore it,” he said.

A question as simple as “How did you grow up?” can break the ice and encourage soldiers to open up, Grinston said. “That, to me, is a good leader, when you know more about your soldier and what’s going on in their lives,” he said.

Good leaders also care for their soldiers during challenging times, Grinston said. When asked about his toughest leadership challenge, Grinston cited as an example one of his soldiers who shot himself in the leg but lied about the incident. The soldier’s lie caused the unit to look for a shooter who didn’t exist.

“How do you continue to be compassionate, empathetic, not only to the soldier but the family?” he said.

Some soldiers in the unit were angry when they learned the soldier had shot himself and then tried to cover it up, he said. “To protect the soldier and the family and the integrity of the unit was extremely challenging,” Grinston said. “You still need to protect your soldiers even when they do bad things. These are your soldiers.”

Grinston, a career artillery soldier, said he’s proud of how the Army has performed during a tough, challenging year.