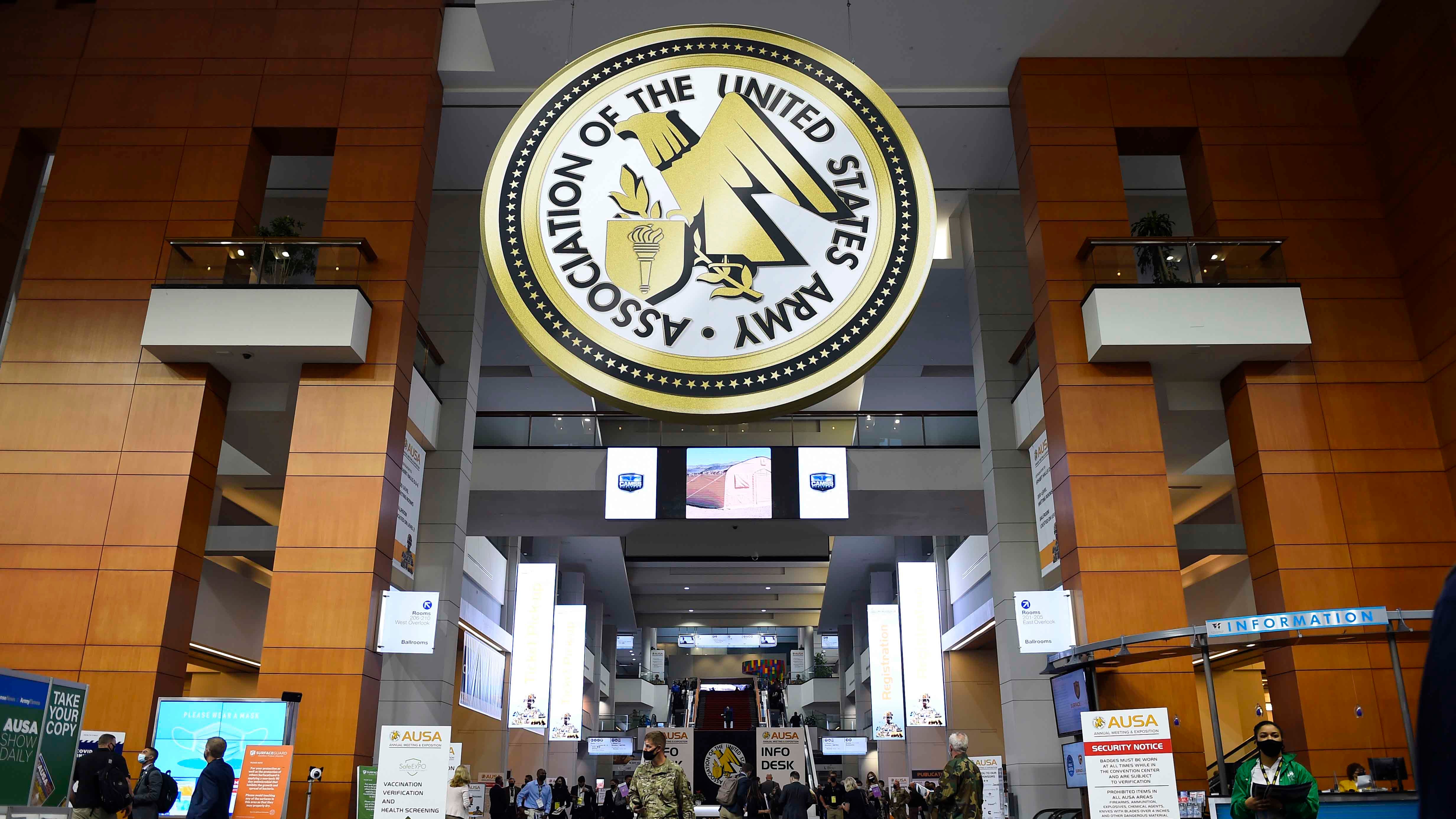 Register now for the Association of the U.S. Army’s Annual Meeting and Exposition.

The three-day, in-person event takes place Oct. 10–12 at the Walter E. Washington Convention Center in Washington, D.C. This year’s theme is “Building the Army of 2030,” marking a focus on the continued transformation of the force.

Online registration closes at 8 p.m. Eastern Oct. 4. On-site registration opens at the convention center on Oct. 7. You can register here. All attendees and exhibitors must be vaccinated against COVID-19.

Tickets to social events during the meeting, including the President’s Reception and the George Catlett Marshall Memorial Award Reception and Dinner, will be available for purchase during registration hours until they’re sold out.

During the Annual Meeting, attendees will be able to hear keynote addresses from senior Army leaders, participate in a wide range of forums featuring Army, DoD and industry leaders, view Warriors Corner and Innovators Corner presentations and visit more than 650 exhibits spread over five halls.

There will be several award presentations, including the winners of the inaugural Best Squad Competition, NCO and Soldier of the Year and the Marshall Medal, AUSA’s highest award for selfless service to the country.

Army Secretary Christine Wormuth is scheduled to provide the keynote speech during the opening ceremony, and Army Chief of Staff Gen. James McConville will be the keynote speaker during the Dwight D. Eisenhower Luncheon. Sgt. Maj. of the Army Michael Grinston is also expected to speak at several events.

For the eight contemporary military forums and three family forums planned during the Annual Meeting, topics are framed around the Army’s top priorities at a time of broad transformation.

There will be discussions on cyber and information warfare, modernizing combat capabilities and what’s needed for the future fight. There also will be forums on how the Army is tackling recruiting challenges while working to improve quality of life programs for soldiers and families.

Two theater-focused forums are planned—one will look at land power in Europe, while the other focuses on deterrence in the Indo-Pacific and the Arctic—and there is a panel on climate change and its impact on national security.

The three family forums will include the popular town hall discussion where senior Army leaders answer questions from military families.

Additionally, there will be a seminar focused on homeland defense and how the Army must adapt the way it defends the homeland. This discussion comes as military leaders expect that the days when the Army could mass and mobilize troops in an uncontested environment and project power abroad without adversarial disruption are over.

For more information about the meeting or to register, click here.