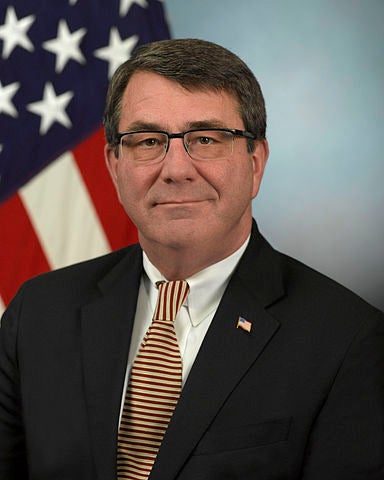 The Senate voted Thursday to confirm Ashton Carter as the fourth Obama-era defense secretary.The 93-5 vote on Carter’s nomination is far different than the 58-41 vote to confirm his predecessor, Chuck Hagel.Senate Republican Leader Mitch McConnell, R-Ky., who voted for Carter, said he hopes changes are ahead for the military. “If I could place one demand on him, it would be to leave his successor with our armed forces in a better position to deal with global threats than they are today,” McConnell said on the Senate floor before the vote.The Senate’s top Democrat, Harry Reid of Nevada, said Carter “is a respected and experienced leader who will work tirelessly to keep our nation safe.”At his Feb. 4 confirmation hearing, Carter said he had a message for the military. “I pledge that if I'm confirmed as secretary of defense, to keep faith with the dedication that brought them in to service, to ensure that their training and equipment are as superb as they are, that the well-being, safety and dignity of each of them and their families is fostered and respected and that decisions about when and where they're sent into harm's way are made with the greatest reflection and care.”Carter is a former deputy defense secretary who was responsible for the day-to-day running of the Pentagon and he also served as the undersecretary of defense for acquisition.He takes the top job at a time when there are increased calls for expanded military operations and capability but continued disagreement about the size of the defense budget.  The House and Senate Armed Services committees have held up their hearings on the 2016 defense budget until Carter is sworn in as the new secretary so they can quiz him about details.