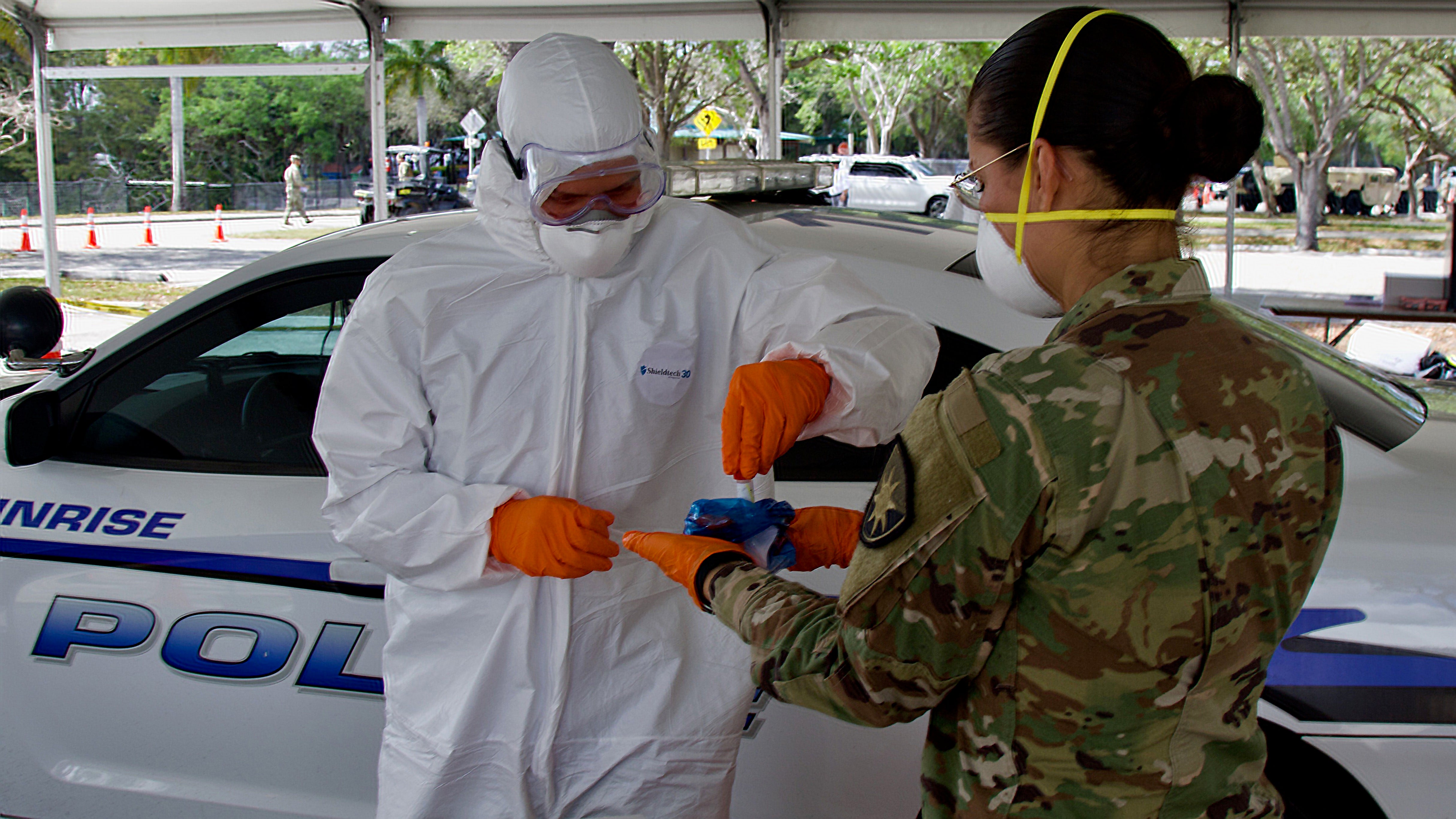 The Army is starting to put to work retired soldiers who volunteered to return to duty to help with the service’s COVID-19 response.

About 6,000 of the volunteers served in medical specialties, said Lt. Gen. Thomas Seamands, the deputy Army chief of staff for personnel, during a press briefing April 21.

Of those, the Army has whittled down the group to about 400, and officials are vetting each one for possible service, said Maj. Gen. Joseph Calloway, commander of Army Human Resources Command.

“The process is a little bit more involved than we initially planned,” he said, adding that some volunteers changed their minds or have since been serving in their local communities instead.

As of April 21, about 15 volunteers were on orders, while another 10 had been approved and were awaiting their official paperwork.

The former soldiers are being called initially for 179-day tours, and they’re being placed by the Army surgeon general’s office, which can best determine where they’re needed, Calloway said.