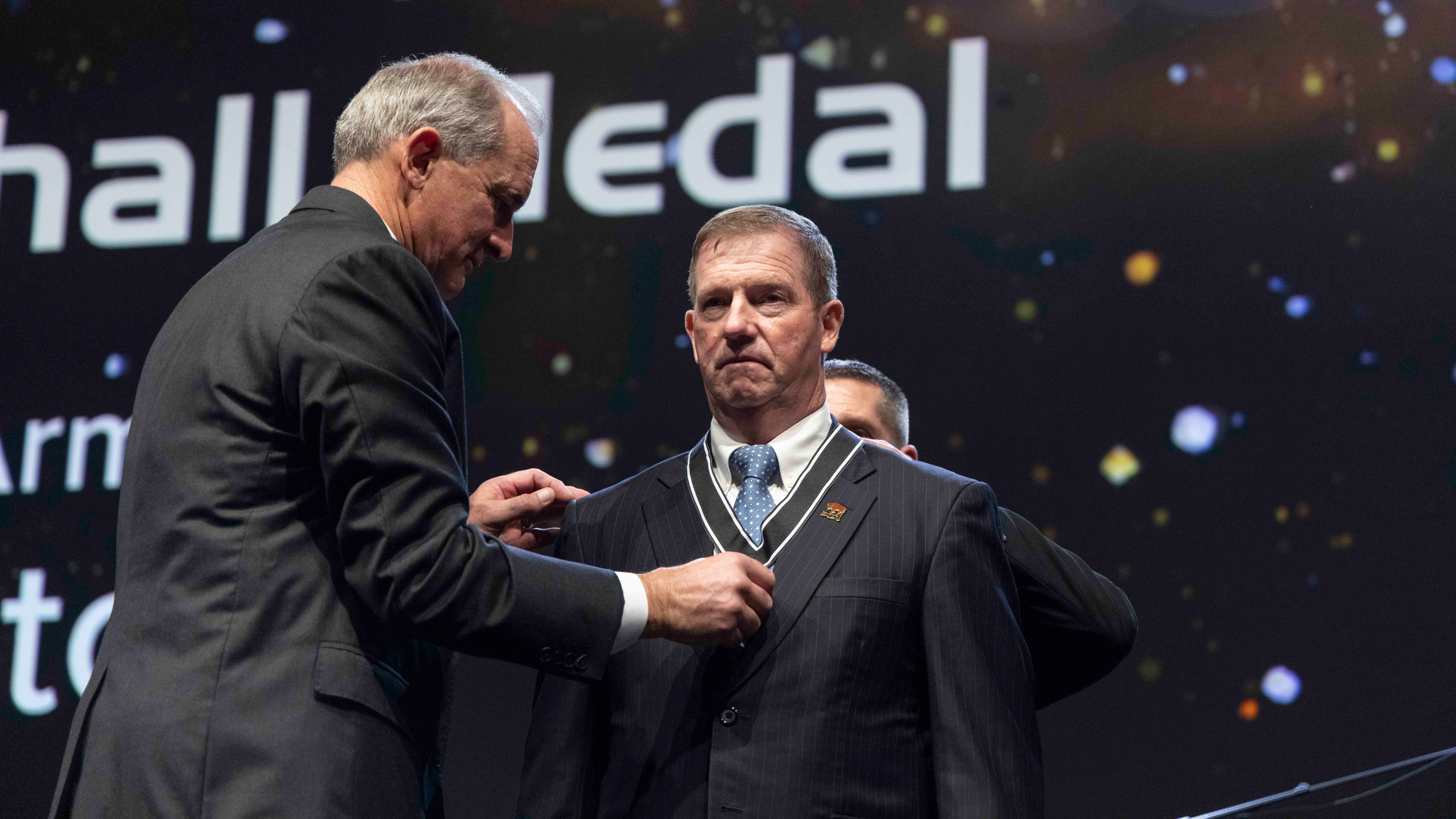 The Association of the U.S. Army’s highest award for dedicated and selfless service to the nation was presented Oct. 13 to retired Sgt. Maj. of the Army Kenneth Preston, a career cavalry soldier who during his time in uniform and his post-service career dedicated himself to improving the military profession and making lives better for troops and their families.

Preston, a former vice president for NCO and Soldier Programs at the Association of the U.S. Army, retired from active duty with 36 years of service after a final assignment as senior enlisted adviser to two successive Army chiefs of staff. He is the first NCO to receive AUSA’s top award.

Preston “epitomizes what it means to be a truly humble, dedicated and inspirational leader,” said retired Gen. Bob Brown, AUSA president and CEO. “In my opinion, it is about time that an NCO—the backbone of our Army—received the Marshall Medal.”

In his post-service life, Preston worked for a nonprofit providing housing for severely wounded veterans, co-chaired the Army chief of staff’s Retired Soldier Council, and served on the boards of the USO, the Army Historical Foundation, the Army and Cavalry Heritage Foundation and many other groups.

“Sgt. Maj. of the Army Kenneth O. Preston has had a lasting impact on the United States Army, more than its current, former and future soldiers and families will ever know,” says his medal citation. “By awarding this medal, we recognize him for all that he has done, is doing and will continue to do.”

His wife, Karen, their daughter and two sons and 10 grandchildren were in the audience for the medal presentation at the D.C. convention center on the final day of AUSA’s 2021 Annual Meeting and Exposition.

Preston said he was “a little amazed, a little overwhelmed and very humbled” to receive the award. “I want to say that today is a great day to be a soldier.”

In a room filled with soldiers he’d served with and other friends, Preston said, “There is no doubt in my mind as I stand here before you that each of you, in so many ways, influenced, forged and molded me.” It was a little like modeling a sculpture, he said, with a lot of fingerprints left behind from the lessons he learned.

“In my time in the Army, time spent with many of you was very special and filled with countless memories,” he said, adding that he remembered the joys of “crazy jobs” and missions that were often carried out in the rain, cold or scorching heat. “I am who I am today because of you,” he said.