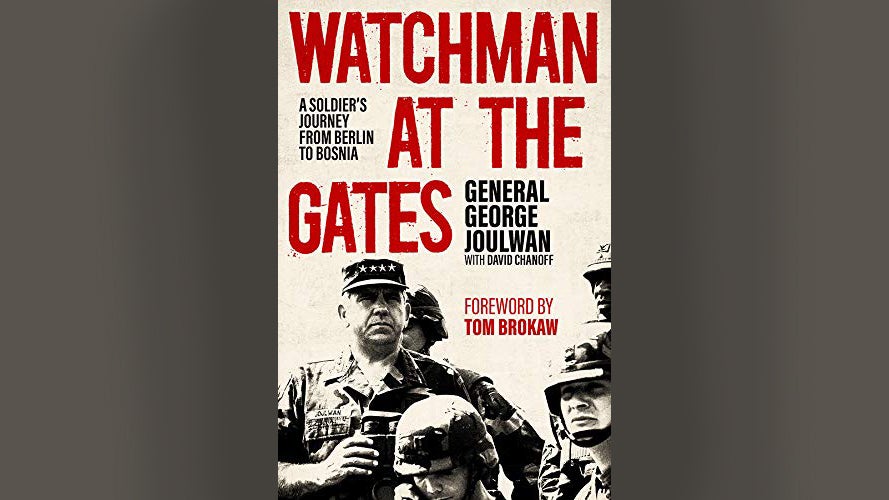 Retired Gen. George Joulwan, whose Army career spanned 36 years and gave him a front-row seat to history, will speak April 20 during a webinar hosted by the Association of the U.S. Army.

Speaking as part of AUSA’s Thought Leaders series, Joulwan will discuss his new book, Watchman at the Gates: A Soldier’s Journey from Berlin to Bosnia.

The event begins at 2:30 p.m. Eastern. It is free, but registration is required here.

Joulwan, a 1961 West Point graduate who retired from the Army in 1997, was present at the rise and fall of the Berlin Wall and served multiple tours in Germany during the Cold War. He also served two tours in Vietnam, earning two Silver Stars, the Bronze Star with V device and four Air Medals, according to a bio by the West Point Association of Graduates.

He served in the White House and witnessed the last acts of the Watergate scandal, led U.S. Southern Command and was Supreme Allied Commander of NATO forces in Europe during the Rwandan genocide and the Bosnian peacekeeping missions of the 1990s.

In Watchman at the Gates, Joulwan writes about his career as well as his experiences working with many key military and political figures, including former Presidents Richard Nixon, Ronald Reagan and Bill Clinton.

“Throughout, he merges memory and lessons in leadership, paying tribute to his teachers and colleagues and explaining the significance of their influence on his personal approach to command,” according to a description of the book.