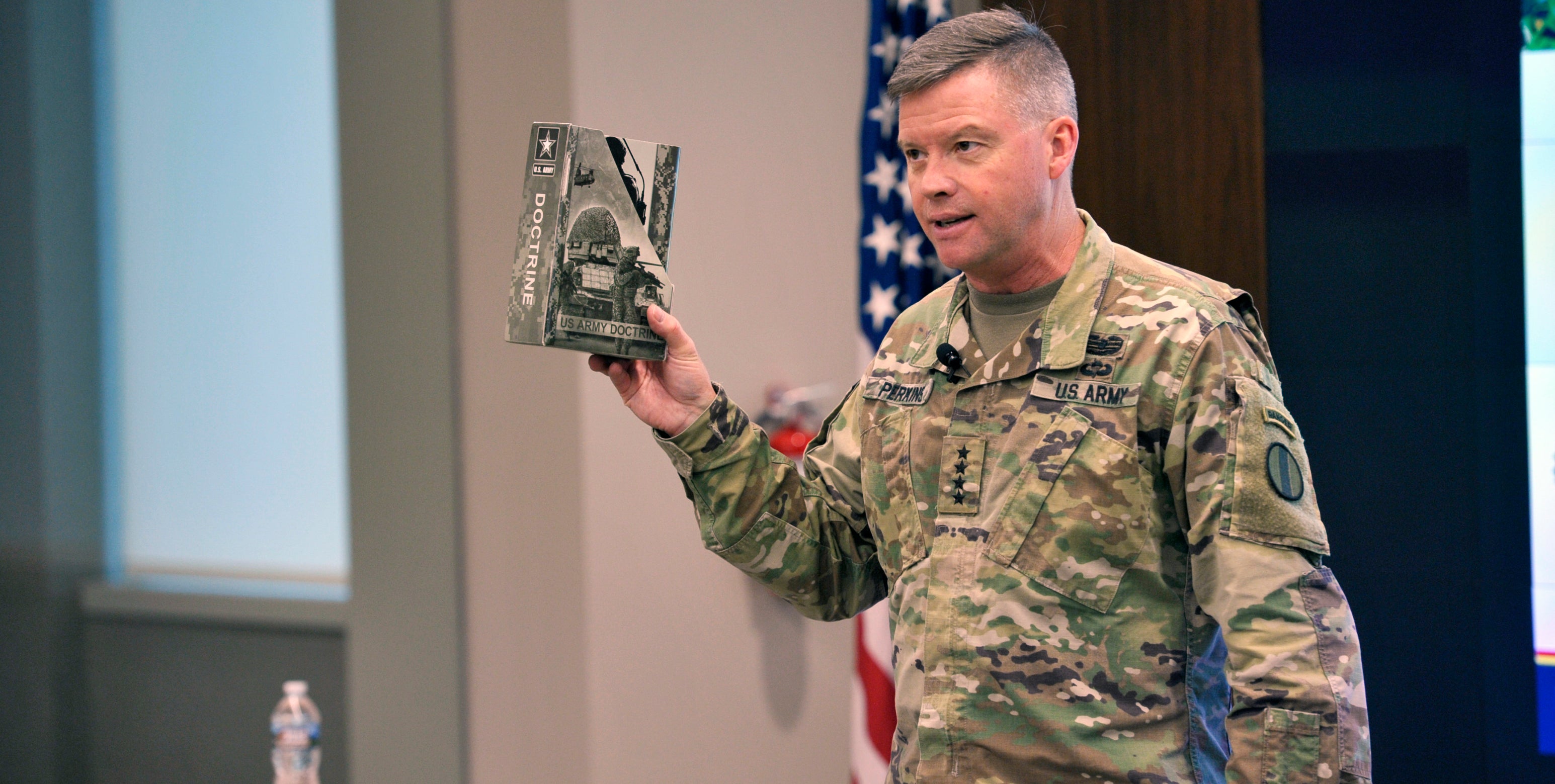 Sustainment and lifesaving medical care have emerged as hurdles to overcome in the Army’s 21st-century Multi-Domain Battle concept for joint combined arms warfare.

Gen. David G. Perkins, the Army Training and Doctrine Command commanding general charged with fleshing out the Multi-Domain Battle concept details, said there are several challenges when a battlefield has no traditional boundaries, with logistics and medical care emerging as a “difficult problem set.”

Speaking at a Bernard W. Rogers Strategic Issues Forum sponsored by the Association of the U.S. Army’s Institute of Land Warfare, Perkins said the traditional means of supplying fuel would be a challenge in a battle space where soldiers and units are highly dispersed, logistics bases are far off, and “uncontested windows of superiority” to make delivery are few. This resupply challenge has been part of the Iraq and Afghanistan conflicts, and would only become more difficult in a multidomain battle where units and small operations platforms are even more dispersed, he said.

The problem with a commodity like fuel boils down to moving energy around the battlefield, which the Army solves with fuel convoys, Perkins said. An alternative could be aerial delivery of fuel cells where a hybrid fuel cell combat vehicle could plug in, rather than fuel up with a flowing liquid.

Trauma care is a “big concern” for the same reason, Perkins said, suggesting that a soldier with a sucking chest wound might be cared for by a medical robot controlled by a doctor thousands of miles away who is performing surgery virtually.

The event was held in AUSA’s Gen. Gordon R. Sullivan Conference and Event Center in Arlington, Va. Retired Army Col. Ralph Puckett will be speaking at the conference center on May 17 in an Institute of Land Warfare Lemnitzer Lecture focused on his 2017 book Ranger: A Soldier’s Life, an autobiography looking at his experiences in a career that began in 1949 and ended with his 1971 retirement.

Details on the Puckett event are located here: https://www.ausa.org/events/ilw-lemnitzer-lecture-puckett