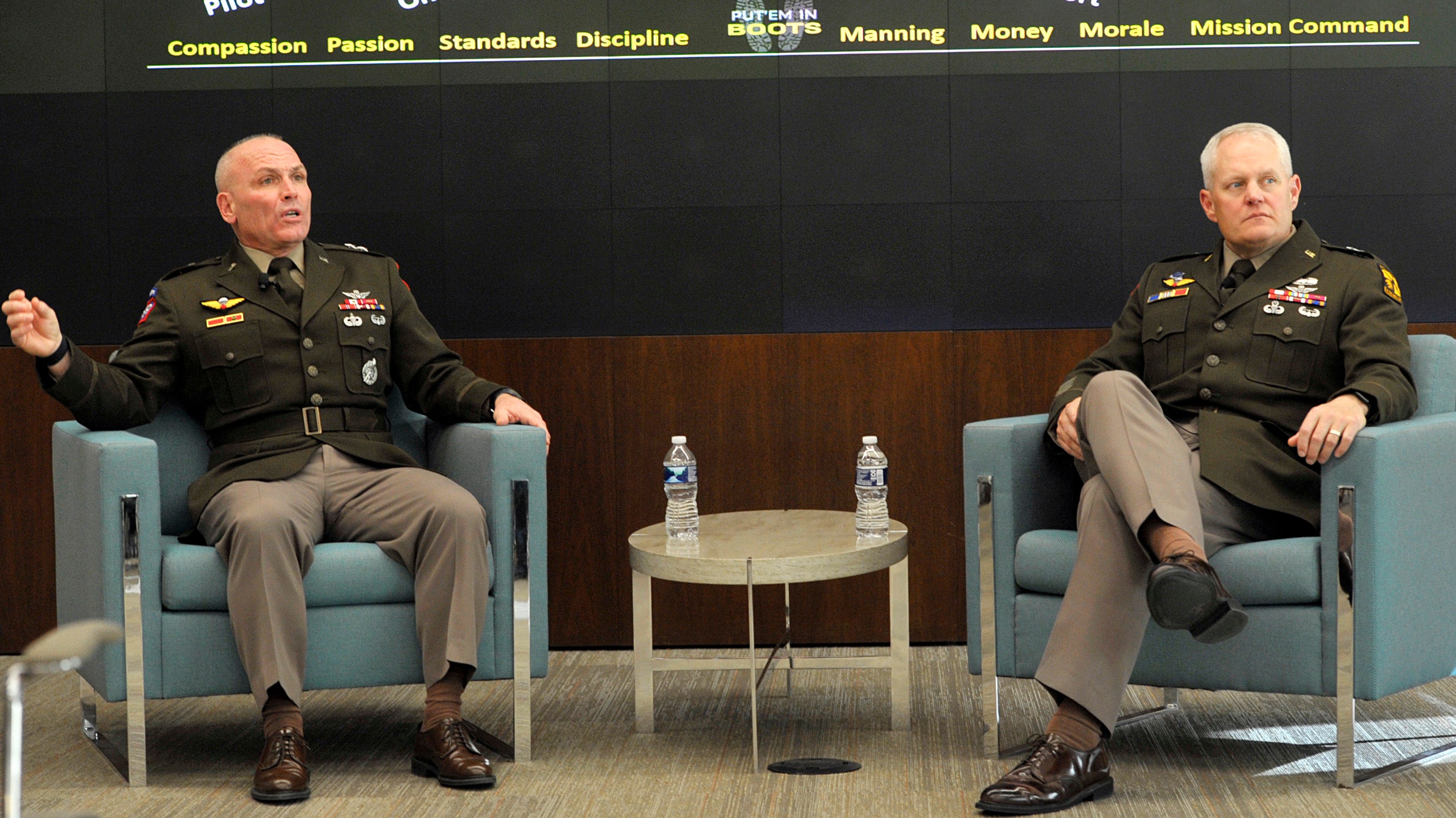 The new recruiting initiatives the Army has implemented in the past year are already showing promising results, the commanding general of the U.S. Army Recruiting Command said.

This year, the Army met its recruiting goal of 68,000 new soldiers. To get there, the service issued 3.5% fewer waivers than the year before, and just 1.7% of recruits scored in the lower third, or the so-called Category IV, of the Armed Services Vocational Aptitude Battery, said Maj. Gen. Frank Muth, who heads Army Recruiting Command.

The new soldiers also were more diverse: 18% were women, a number the Army hasn’t reached since 2004, and there was a 3% increase in minority recruits.

After the Army missed its recruiting goal by 6,500 soldiers in 2018, “the entire accessions process had to change,” Muth said.

This included boosting the recruiting force, getting recruiters on social media, and several new initiatives to better connect with Generation Z. The efforts appear to be paying off. On top of meeting the recruiting goal of 68,000 new soldiers this year, Army recruiters are ahead of their goals so far this fiscal year, which began Oct. 1, Muth said.

Muth and Maj. Gen John Evans, commanding general of the U.S. Army Cadet Command, spoke Nov. 6 at an Army Accessions Forum hosted by the Association of the U.S. Army’s Institute of Land Warfare. The event also included presentations by soldiers on the Army’s new esports and warrior fitness teams.

Maintaining and growing the all-volunteer force is an ongoing challenge, Evans said, which is why the Army is always looking for ways to connect with those interested and qualified to serve.

The Army also seeks veterans, military families and community leaders to help tell the Army story, Evans said. “Really, it’s about awareness and talking about your Army story,” he said. “Whether you’re a retired officer or retired NCO, whether you served three years or 38 years, get out there and talk to young people about what the Army did for you.”

Muth also called on community leaders to get to know their local recruiters. “There are a hundred events going on in recruiting today, and every one of them needs a local influencer to be involved and help them connect to the community,” he said.