Ready and Lethal: More Than a Slogan

Ready and Lethal: More Than a Slogan 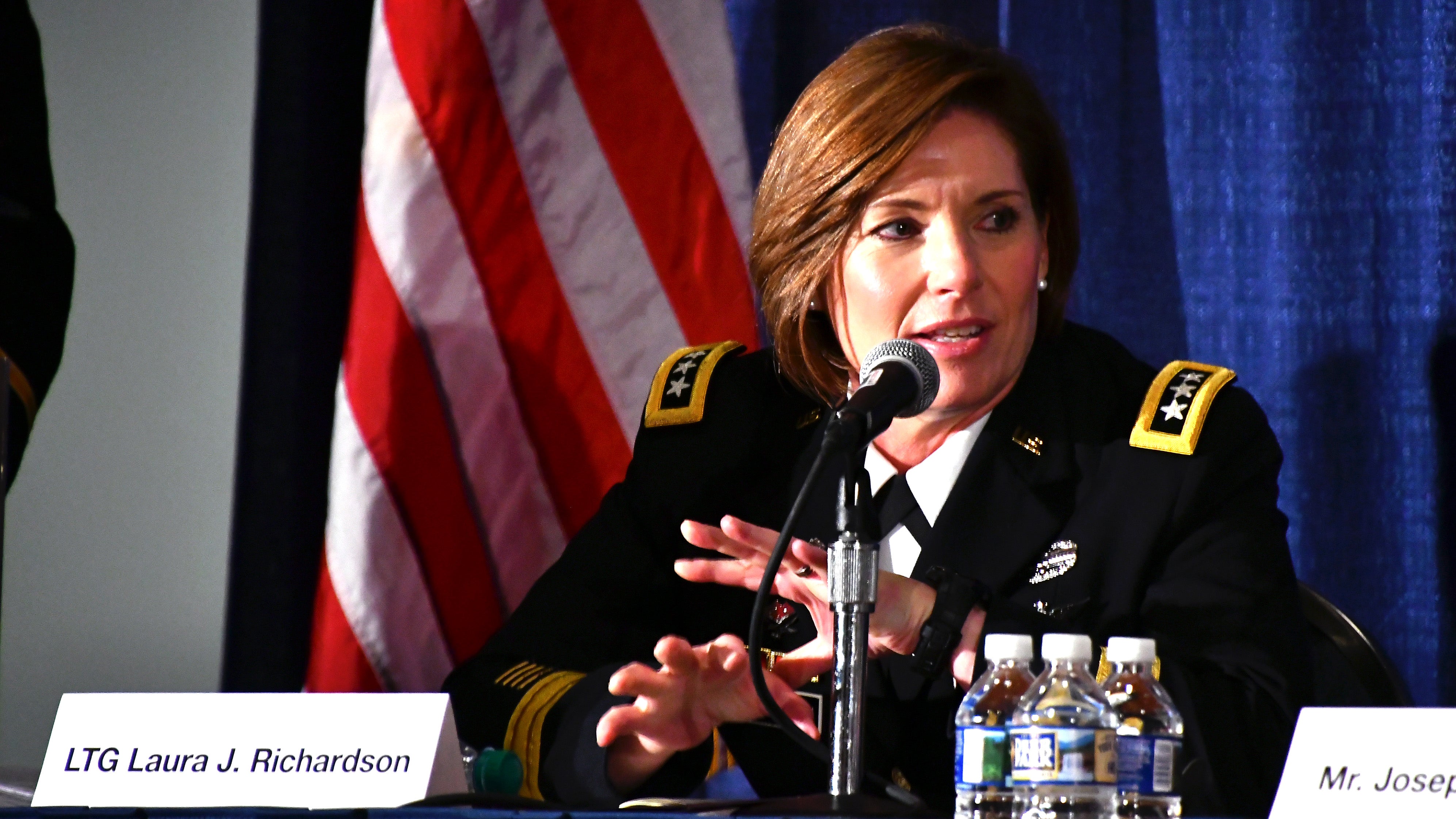 Defense Secretary James Mattis has made being “ready and lethal” an objective for the U.S. military. The “Ready and Lethal” panel organized by the Institute of Land Warfare at the AUSA Meeting and Exposition in Washington, D.C., on Oct. 9, brought together experienced speakers to examine what this means for the Army.

Lt. Gen. Laura J. Richardson, deputy commanding general of U.S. Army Forces Command (FORSCOM) opened the panel. She defined the Army’s objective as “achieving overmatch at every level through readiness and lethality” and set out the linkage between different levels of war by showing an illustration of an inverted pyramid with “tactical lethality” at top and “strategic impact” by the point. The Army needs, at each level, “competency, then mastery, which makes everything possible,” she said.

Today, Richardson said, the Army has the “highest readiness we have achieved in decades.” In the past year, there was a 33-percent increase in active-force units achieving the highest level of readiness. “Five brigades and 68 battalion-level units have increased the readiness to the highest level,” she said. Battalion live-fire exercises increased by 154. Apache attack helicopter companies’ live-fire exercises increased by over 300 percent.

Increased readiness included greater equipment availability. “We have refined our focus on the soldier/maintainer as well as platforms,” Richardson said, “We have reduced nonmission capable rates across our aviation fleets.” Equipment has been transferred throughout the force structure to, “get the right equipment to the right units,” she said. “We are achieving success in building the Army that we need.”

Following Richardson’s view from FORSCOM, Joseph A. L’Etoile, a retired Marine Corps lieutenant colonel and infantry battalion commander, who is the director of the Close Combat Lethality Task Force (CCTF), brought a different focus, one Richardson showed at the base of her inverted pyramid. L’Etoile described creating readiness and lethality through the “brutal calculus of close combat.” “Nearly 90 percent of casualties are suffered by four percent of the force that receives less than one percent of the RDT&E [research, development, testing and evaluation] budget,” he said.

To address this, the task force, L’Etoile said, has “identified $2.5 billion for investment into close-combat formations ... squad-level formations in the infantry, cavalry and special operations forces.” What was missing, he said, was that there “was not a single community of interest that could draw together disparate investments.” The task force has concentrated its efforts “around squad level, to prevent dilution of the effort. We wanted to focus where the close-combat price tag was being paid”.

Formed earlier this year with four people and now expanded to 25 -- “we ended up building it in-flight” -- L’Etoile explained, “The CCTF was not stood up to fix the infantry formations. We produce magnificent infantry. We are to look at opportunities that are attendant and take them to the next level. The CCTF does this with the services not to the services. We help the services in their pathways to overmatch at the squad level.”

“What does it take to have an expeditionary mindset?” was the question that opened the presentation of Maj. Gen. James Mingus, commander of the 82nd Airborne Division. This mindset, he said, “defines our mission from top to bottom,” now that the “division was given the mission of being a standing JTF [joint task force]”, with “two brigades able to execute joint forcible-entry operations in short order.” This requirement means, “you could be called upon at any time,” he said, which requires readiness of large amounts of equipment, including “8,000 parachutes, including 3,000 cargo parachutes, need to be ready to go.” Humanitarian missions are a major part of the division’s mission set and training.

Readiness and lethality needs the strength of the Total Force to be achieved. Maj. Gen. Courtney P. Carr, the adjutant general of the Indiana National Guard said the “Guard is more ready and lethal than at any other time in our history,” after years of deployments to the conflicts in Iraq and Afghanistan.

“We bring the hammer,” was how Lt. Gen. Paul E. Funk II, commander of III Corps and Fort Hood, Texas, described the capability of his command. But he was also the former JTF commander for Operation Inherent Resolve in Iraq and Syria, and his talk drew on that combat experience there, where he had “74 nations and five organizations in ”a great team that we put together.” He pointed out that, in creating readiness and lethality, “we had to do that by, with and through partners in both Iraq and Syria.”