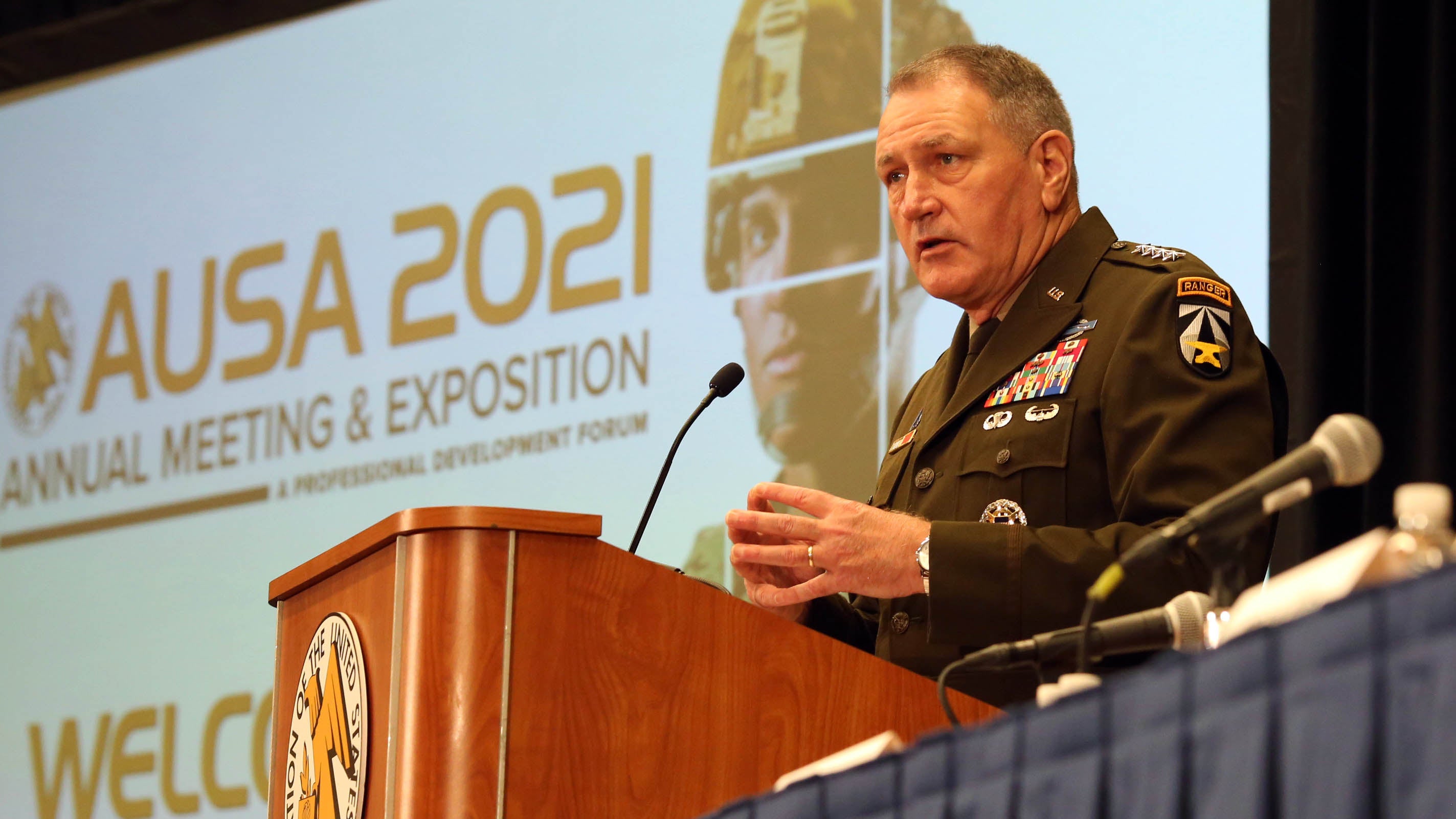 Project Convergence 21 kicked off Oct. 12 as senior leaders outlined the importance of this “campaign of learning” to the Army’s efforts to shape the force for the future.

“It informs how the Army’s going to fight in the future and how we organize for the future, and it also informs our [science and technology] investments going forward,” said Lt. Gen. James Richardson, deputy commanding general of Army Futures Command.

Speaking at a contemporary military forum at the Association of the U.S. Army’s 2021 Annual Meeting and Exposition, Richardson said Project Convergence is not just a single event at Yuma Proving Ground, Arizona. “We have had 22 events this year that have led up to Project Convergence 21,” he said.

Leaders envision the six weeks soldiers will spend at Yuma Proving Ground and other locations starting Oct. 12 as more of a capstone event, said Gen. Mike Murray, commanding general of Futures Command. “It’s a year’s worth of experimentation with a capstone event,” he said, adding that “at its heart, Project Convergence is a campaign of learning for the Army, and it’s more than just the technology.”

The technology and how it’s used “really drives us to begin to learn about how we will have to fight differently in the future,” Murray said. It’ll also help the Army determine what types of units are no longer valuable on the future battlefield, what units must be modified, and what new units are needed, Murray said.

Project Convergence 21 was “joint from inception,” Murray said, and the exercises will study seven “joint problems we think future joint force commanders will face in the future.”

Also this year, soldiers from the 82nd Airborne Division and the Multi-Domain Task Force at Joint Base Lewis-McChord, Washington, will be the centerpieces of the six-week exercises.