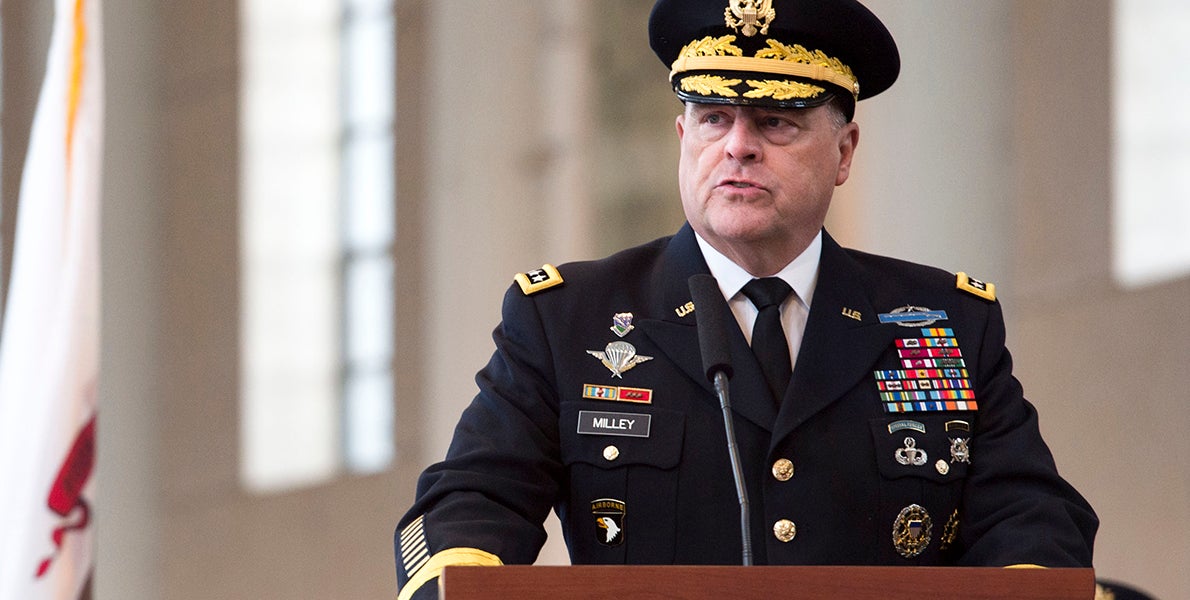 Faced with a modest $5 billion increase in the 2018 budget, Army leaders are focusing on fully manning units rather than weapons modernization programs because their biggest worry is having a hollow force.

Army Chief of Staff Gen Mark A. Milley said undermanning is the most serious issue facing the force, making it the highest funding priority. The 2018 budget, cover the fiscal year that begins Oct. 1, gives the Army a combined $166 billion in the base and overseas contingency operation accounts.

Lawmakers are worried. Sen. John McCain, R-Ariz., the Senate Armed Services Committee chairman, said the Army has 186,000 deployed soldiers today but only three of its 58 brigade combat teams are at the highest level of readiness. The slightly larger 2018 budget is helping but at the current pace of spending the Army couldn’t fix its readiness shortfalls until 2020.

Milley said the top funding priority is increasing the number of soldiers, a move authorized by Congress last year and now fully funded with the 2018 budget request.

Progress is admittedly slow, Milley said. “You stopped a downward trend, you halted it, stopped the bleeding, so to speak, and we turned a corner,” Milley told the Senate panel.

Th Army chief continued to warn about the threat of budget instability. If the Army doesn’t get its funding on time and cannot plan ahead because the size of the budget remains uncertain, the slow steady progress it hopes to make will be disrupted. If the flow of funding is interrupted “we will eventually, in the not too distant future, have a hollow army and put soldiers at risk on the battlefield.”

“Combat is unforgiving and it is more unforgiving in armies that are not manned, trained, equipped and well-led,” Milley said. “Advances by our adversaries are real; it is not fake news.”