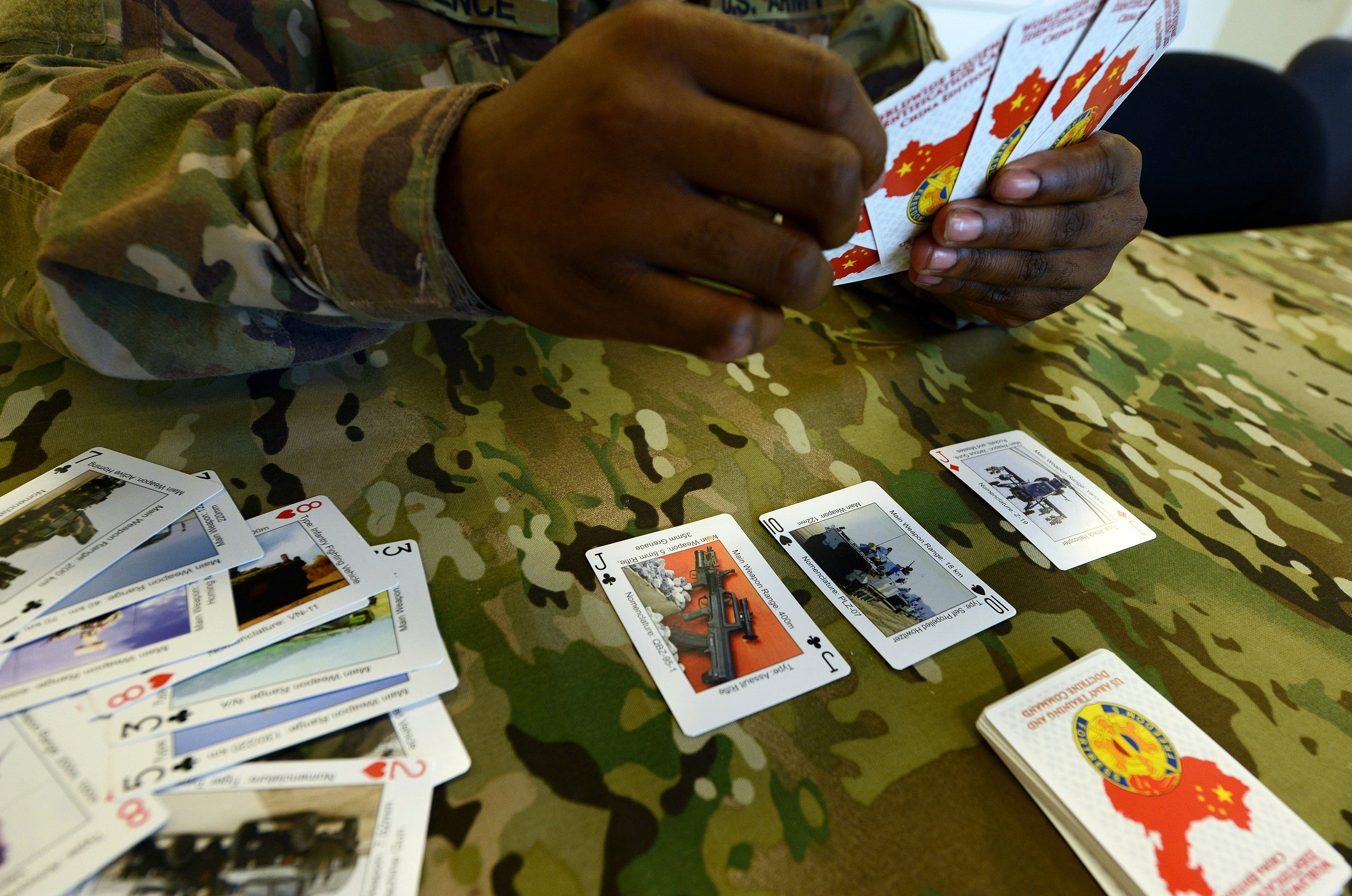 The U.S. Army Training and Doctrine Command has released more than 90,000 sets of playing cards as a unique tool to help soldiers learn to identify enemy vehicles and weapons.

The “Worldwide Equipment Identification” cards, which display items including tanks, rocket launchers and air defense systems from China, Russia and Iran, are available to all soldiers regardless of rank or unit designation.

“You don’t have to have a security clearance; you don’t have to be assigned to a special unit,” said Fred Batchelor, TRADOC G-2 (Intelligence) director of current operations. “Everybody has access to these cards, and I think that’s what really sold them.”

Initially, in July, TRADOC produced 9,800 packs of cards featuring Chinese vehicles and weapons, and they were gone after only three weeks. To date, the command has released 30,000 decks of the Chinese cards, 38,000 packs of the Russian, and 33,000 featuring Iranian equipment.

Although Batchelor had doubts about printing physical cards in an era that is overwhelmingly electronic, he said the response from surveyed units has been positive.

Soldiers can order the cards through their installation training support centers. A digital card memory game can be downloaded from a QR code available on each deck or through the TRADOC App Gateway here.