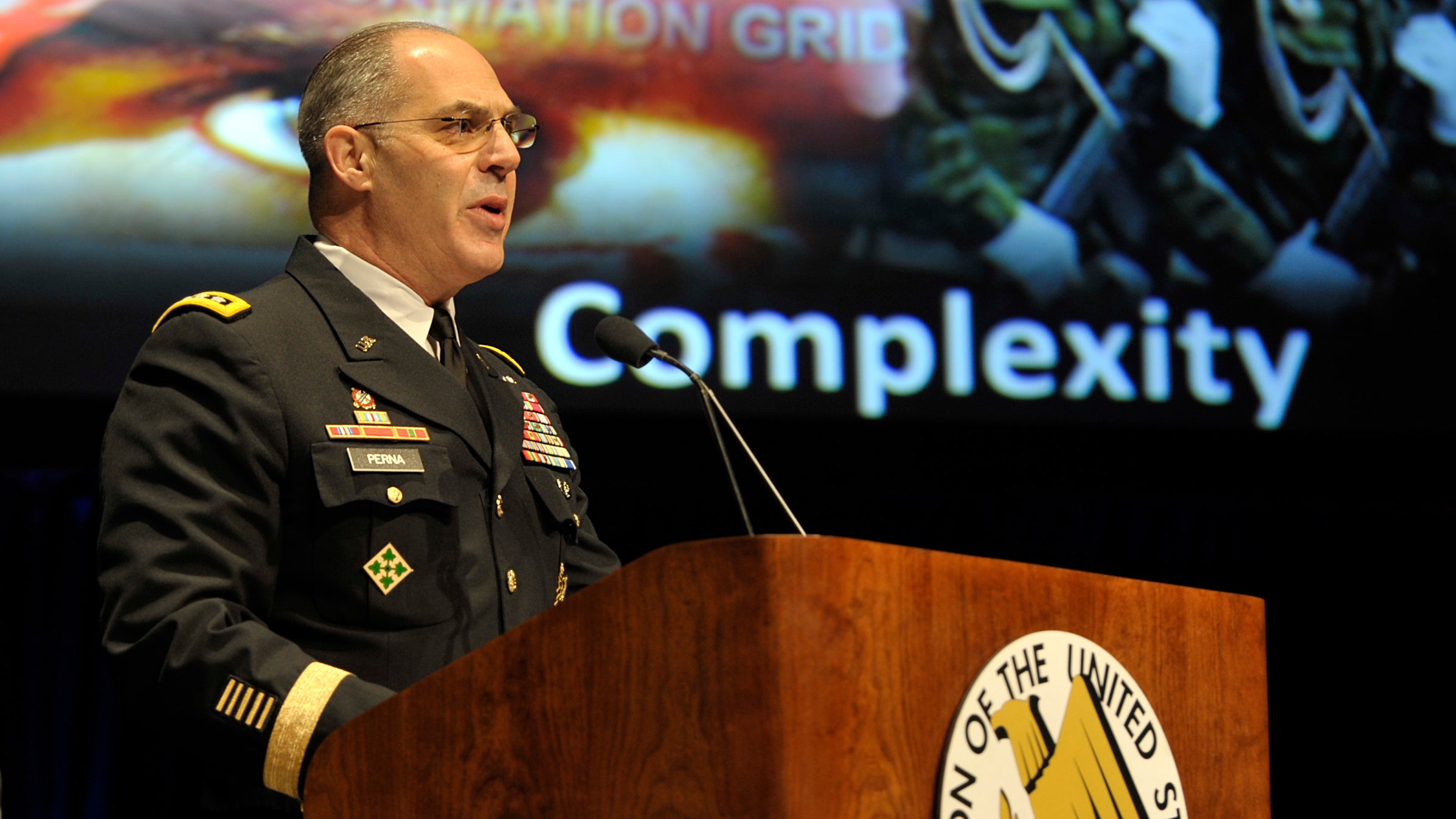 In a battle cry for modernization, the head of Army Materiel Command said, “It is shameful what we’ve come to.”

“This really should scare you,” said Gen. Gus Perna, in a Tuesday address at the Global Force Symposium and Exposition hosted by the Association of the U.S. Army’s Institute of Land Warfare. “The enemy is not restrained by our bureaucracy.”

Perna’s remarks come as the Army is trying to jump-start stagnant modernization by creating a new, overarching command to oversee the acquisition process. The Army Futures Command is being designed to involve fewer people and fewer steps in delivering new and needed capabilities. Army leaders hope to establish the command this summer, though the location and commander have not yet been determined.

“Right now we are not postured for success,” Perna said, describing the Army leadership—the Army secretary and undersecretary, the Army chief of staff and vice chief—as trying “to get everyone rowing in the right direction.”

“We must make the decision today to move forward,” Perna said. “Admiring the problem will no longer be successful.”