Pence Warns Era of Patience Is Over

Pence Warns Era of Patience Is Over 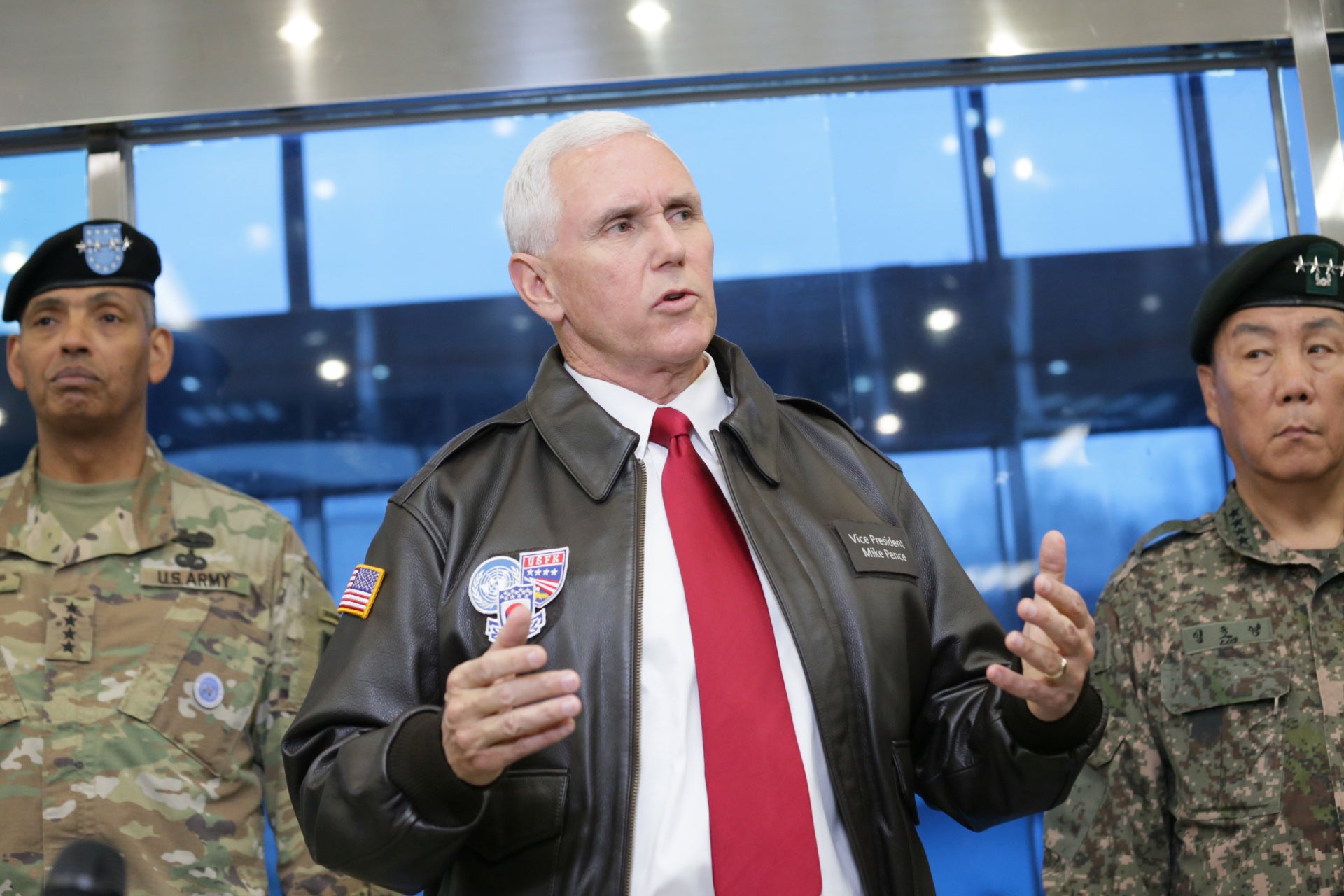 “The era of strategic patience is over,” Pence said April 17 as he visited the border between North and South Korea. “President Trump has made it clear that the patience of the United States and our allies in this region has run out, and we want to see change.”

Pence and his wife Karen made an Easter weekend visit to Korea, where his father served in combat as part of the 45th Infantry Division in 1953. “Like so many who have worn the uniform and come home, my dad didn’t think the heroes were the ones that came home,” Pence said.

His visit came as North Korea continued to ramp up tension by attempting to fire a missile that exploded seconds after launch. That attempt was “just the latest reminder of the risks each one of you face every day,” the vice president told troops during a visit to U.S. Army Garrison Yongsan.