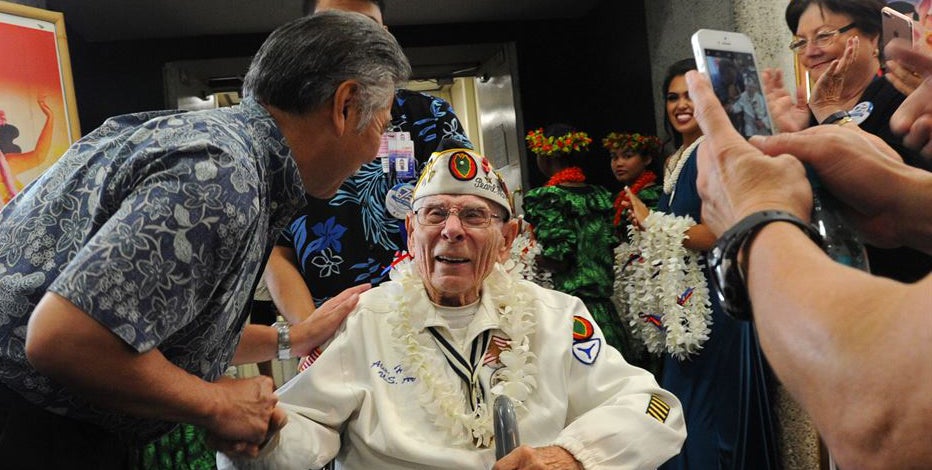 Seventy-five years ago today, on Dec. 7, 1941, Japanese bombs fell on U.S. military installations in and around Pearl Harbor, Hawaii. But the dwindling number of veterans who survived the infamous attack that pulled America into World War II remember it like it was yesterday.

Maurice Storck, 94, then a young Army combat engineer, was asleep in his quarters at Schofield Barracks. “By the time we got dressed and got outside, we saw Japanese planes going overhead,” he told The Arizona Republic newspaper. “At first we thought it was training.”

He and his comrades soon realized otherwise, as the planes bombed nearby Wheeler Field, hit a crowded dining facility and devastated U.S. aircraft parked on the ground. “There were so many bodies,” Storck said. “Hundreds of guys.”

Like Storck, Charles Hocker, 92, was asleep in his Army quarters at Schofield when he was roused by the exploding Japanese bombs, which he thought might have been a training exercise. When he got to a window, he saw that they were Japanese Zeroes—and some were veering off for strafing runs on his barracks area.

“Bullet were going everywhere,” Hocker told The Courier-Journal of Louisville, Ky. “I saw blood on my leg.”

Hocker, who had lied about his age to join the Army at age 16 a few months earlier, said the attack caused “chaos” at Schofield Barracks. “We were really unprepared.”

Army veteran Richard Schimmel, 94, told the Defense Media Activity that he enlisted in the Army in late summer of 1940 and was sent to Oahu to join the newly formed Signal Aircraft Warning Service, which had been tasked with installing a newfangled technology called radar on the islands.

He was not on duty on Dec. 7, 1941, but several of his buddies were. One of them monitoring the radar picked up a group of planes heading east. Schimmel said his buddy informed the lieutenant in charge, but the officer dismissed the report. Minutes later, the explosions began. Afterward, Schimmel’s buddy gave him that note. He still has it.

Alex Horanzy, 94, was another soldier who was asleep when the bombs started falling. He told KYW-AM Newsradio in Philadelphia that he went on to fight with the 42nd Infantry Division in New Guinea, where he contracted malaria before being discharged in 1945.

He remains humble about his wartime service.

“It was a job we had to do,” Horanzy said. “I don’t consider myself a hero. They’re saying I’m a hero because Pearl Harbor survivors are dying off. No, I am just a regular grunt.”