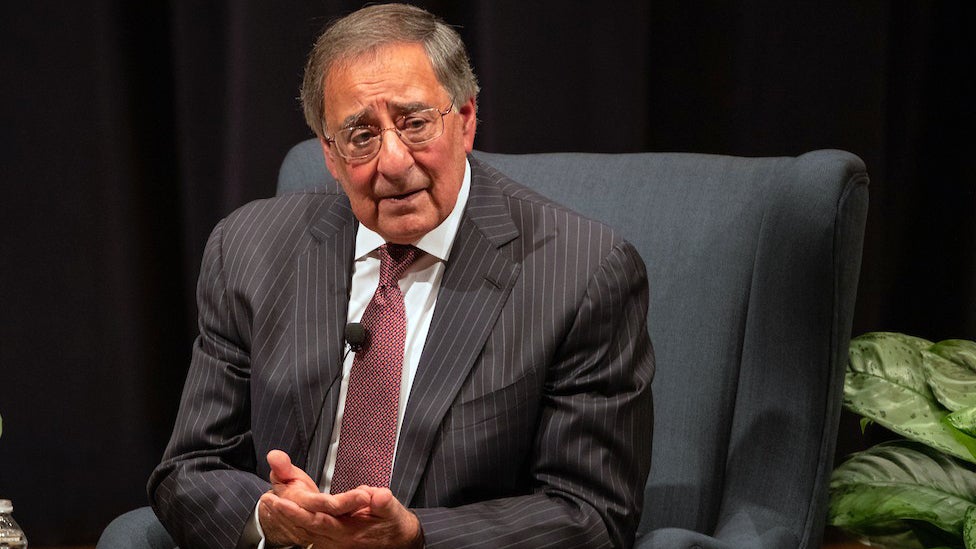 For more than a decade, Leon Panetta has warned of a possible “Cyber Pearl Harbor” that would devastate the U.S., hitting businesses, infrastructure and even the military. He brought that message to the Association of the U.S. Army on April 13 as a lunchtime speaker during a Hot Topic event focused on Army installations.

This is a threat that still isn’t getting enough attention, in his view. Acknowledging that the nation faces many problems, Panetta said, “We live in a dangerous world. It requires American leadership. … If the United States isn’t providing leadership, no one else will.”

Russia already conducted a bold cyberattack against the U.S. to interfere with elections, he said. Russia or other adversaries, including other nations and nonstate actors, could do it again, possibly with much more damaging results.

The most destructive scenarios involve wide and simultaneous attacks that would devastate the nation. “The fact is that a cyberattack could paralyze our country,” Panetta said.

Homeland Security, the FBI and the State Department have the lead on cyberattacks, but the U.S. military has a “vital role” to protect lives and infrastructure.

It is important to develop new capabilities, he said. “We have got to stay ahead of the curve,” he said. “We also need to have skilled cyberwarriors. The U.S. military has to be able to get some of these people.”

Panetta called for strong cyber defense and also a strong offense, “with the ability to identify who is going after us so we can attack them.”

The Army has a cyber command, and so do the other services, but that may not be enough. Panetta also argues for a national strategy, not just the agency-by-agency effort of today. “There is this danger of stovepiping that everyone has in Washington,” he said. “A stovepiped effort will fail.”

The government and private sector need to share more in terms of strategy and defenses. “We need to have a stronger partnership,” Panetta said. “We’ve got to be able to work with the business community.”