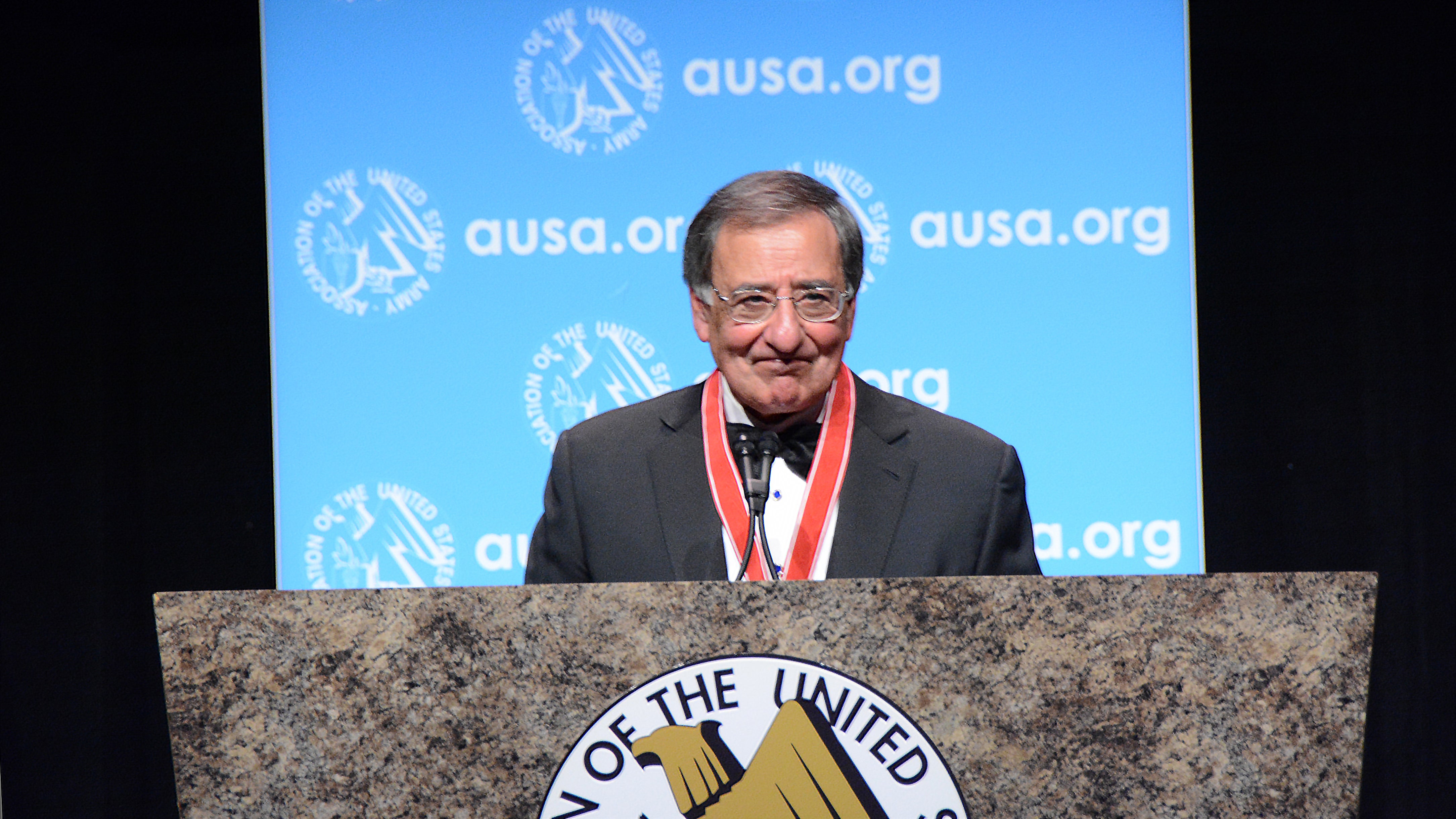 Former Secretary of Defense Leon Panetta, in accepting the Association of the United States Army’s highest award Wednesday, said, “The United States must remain the strongest military power on the face of the earth” and it must provide the leadership globally because if it “does not lead in these times of crisis no one will.”Panetta, who served in the Army as a military intelligence officer after he graduated from the University of Santa Clara, said “vital to America’s strength is that soldier on the ground.”In accepting AUSA’s George Catlett Marshall Medal at the conclusion of its 2015 Annual Meeting and Exposition, the former CIA director said, “Instead of coming together” in a time of new crisis — the Islamic State seizing swaths of territory in Iraq and Syria, Russian meddling in Ukraine that is writing “a new chapter in the Cold War,” a rising China and cyber threats that could destroy the country, leadership in Washington can “do nothing” including passing a budget. He added, “In my book that’s a violation of their oath.”In his Pentagon office, he said he had two portraits behind his desk: one of Marshall and the other of Dwight D. Eisenhower. “I figured I couldn’t go wrong if they were looking over my shoulder.”Paentta said Marshall was “always keeping his eye on the target” of having the United States militarily prepared. “He believed America needed to be strong.”Calling the political divide in the capital dysfunctional, he added “we need to have unified leadership … to ensure we do what is necessary to protect the country.”Having such leadership as Marshall demonstrated in and out of uniform again is possible if new men and women step forward who “have a little bit of that courage to govern” that American soldiers show every day in being willing to fight and die for the country, he said.In the end, Panetta said, “It doesn’t mean a damn thing unless we’re willing to fight” to keep the nation prepared and ready.He praised AUSA for being the organization “that represents every American soldier.”