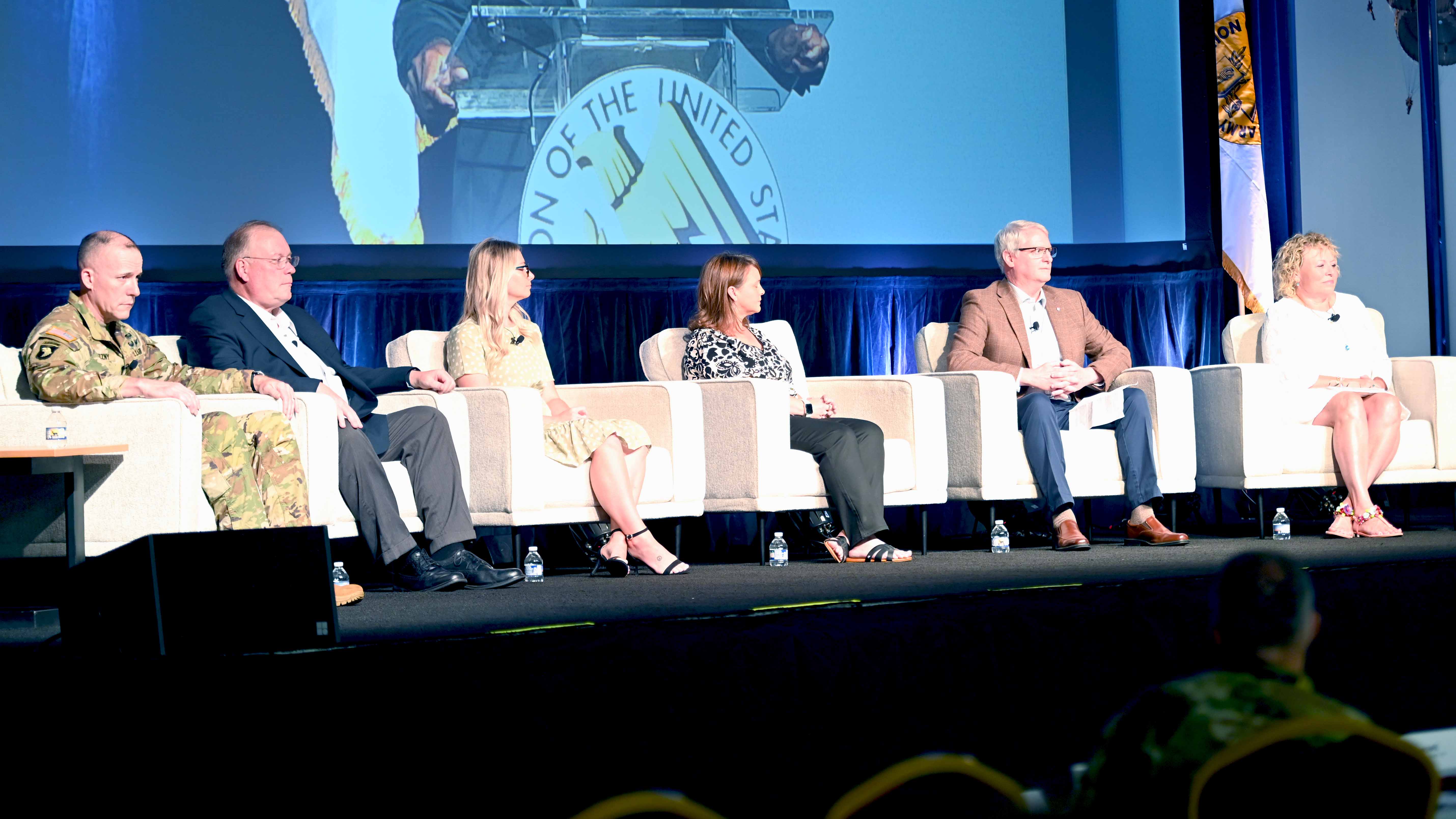 Strong connections and robust quality-of-life programs are critical to the Army’s efforts to ensure soldiers and their families are taken care of, a panel of experts said during the Association of the U.S. Army’s inaugural Warfighter Summit and Exposition.

Speaking July 27 on the first day of the two-day event near Fort Bragg, North Carolina, the panelists emphasized the importance of building a strong community to help Army families navigate the stressors of military life.

“Our warfighters are more effective and can focus on the mission if he or she knows everything at home is fine,” said Holly Dailey, AUSA’s director of Family Readiness, in her opening remarks.

Having an “immediate support system” is important for Army families to thrive, wherever they are stationed, she said, adding that the COVID-19 pandemic introduced new ways of making and sustaining connections virtually.

‘As long as those connections are made, our families are not alone,” Dailey said.

Tawni Dixon, an Army spouse whose family was named AUSA’s 2021 Volunteer Family of the Year, said she learned very quickly how to build her community, especially as her husband deployed frequently.

“I cannot stress the importance of getting to know your community and knowing the resources available,” she said.

Army leaders—from the most senior leaders to those at the installations—are focused on making sure soldiers and their families are taken care of, said Maj. Gen. Walter Duzzny, chief of staff for Army Materiel Command.

From improving permanent change-of-station moves to providing safe housing and high-quality, accessible child care, the Army continues to work to make sure soldiers feel confident their families are well cared for while they’re away from home, Duzzny said.

“We owe it to them … so they can fully focus on their mission,” he said.

One key area is PCS moves, which are stressful for families, he said.

The Army had “really tough seasons” in the past two or three years, Duzzny said. In response, the service implemented several initiatives to try to provide smoother, more efficient moves, he said.

This includes standards-based quality assurance inspections of all household goods shipments before they’re moved, and a streamlined and simplified claims process for furniture that’s damaged during a move, he said.

The Army also continues to invest in safe, healthy housing, Duzzny said. The service has almost 10,000 Army-owned homes, more than 2,000 barracks and more than 87,000 houses managed by privatized housing companies.

Plans call for 2,700 new homes and 15,000 renovated homes by fiscal year 2025, Duzzny said, and billions of dollars in barracks improvements.

Work is also underway to make it easier for spouses to find work or to apply to run a home-based business, he said.

“Senior Army leadership is fully engaged on this,” Duzzny said about overall quality-of-life improvements. “The investment over time is massive, but it’s going to take time, focus and effort.”