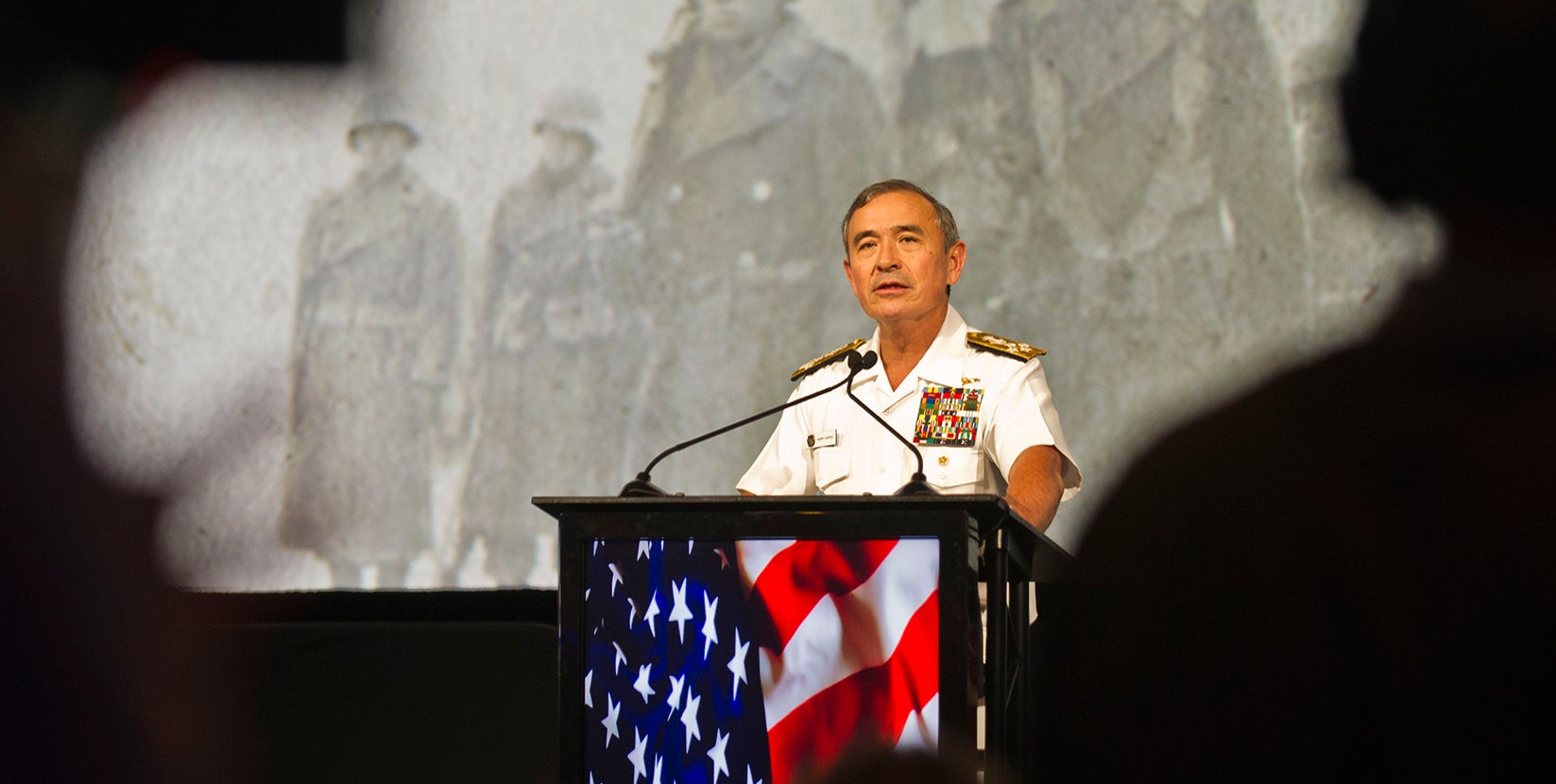 The U.S. Pacific Command commander says the services and their multinational partners need to “work out the kinks” of multidomain battle issues in training and exercises, and take risks with culture-changing experimentation of capability-sharing.

Speaking at the Association of the U.S. Army’s LANPAC Symposium and Exposition in Honolulu, Navy Adm. Harry B. Harris Jr. said the multidomain concept needs to be advanced “with a sense of urgency” because potential adversaries are not waiting.

“This is juice worth the squeeze,” he said of the concept that involves expanded missions and capabilities such as having land-based forces help protect U.S. Navy ships. Acknowledging it is a “risky” and “hard” effort where there might be errors along the way, Harris said the effort is important. “We can afford to make mistakes,” he said.

Harris was the opening speaker on the second day of the three-day conference focused on land forces and land power in the Indo-Asian-Pacific Theater.

The U.S. Army has about 71,000 soldiers in the theater on what the Defense Department says is a multimission assignment of countering “myriad security challenges from regional adversaries, violent extremist organizations, and natural disasters across all domains.”

This includes a rotational brigade combat team “whose presence is required in case of a high-end engagement,” DoD says in 2018 budget documents. “The possibility for conflict in Asia is greater now than it has been in decades and the Army must be prepared to continue to provide theater enabling capabilities to other services while also deterring conflict, and if deterrence fails, defeat an enemy as an integral part of the Joint Force.”