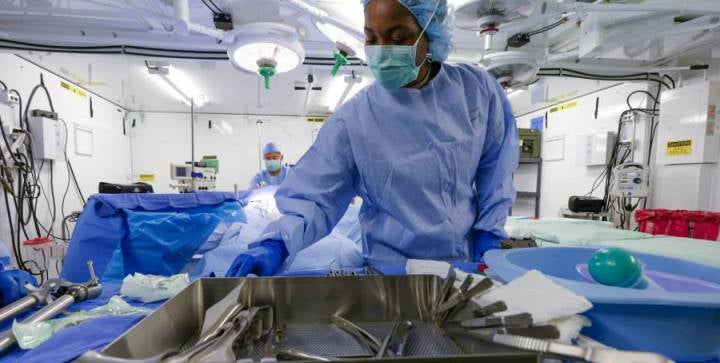 Thirteen of the Army’s 28 major military treatment facilities have arranged for some of their active-duty medical personnel, mostly surgeons, to put in time at local VA or civilian hospitals, a recent RAND Corp. report says.

Such arrangements exist for a variety of reasons, the report says, to include keeping doctors’ medical skills sharp, allowing them to get experience in providing types of care that are not routinely needed in military treatment facilities (MTFs), and enhancing “access, quality and continuity” of beneficiary care. “External practice” opportunities also are sometimes used as a retention incentive for Army medical talent.

Training for medical readiness needs, especially deployment-related needs, is likely to be the major reason for outside practice arrangements, the report says, but it notes “many dimensions of benefit” for both military and civilian stakeholders.

The report says Army medical personnel and their counterparts at the four parent MTFs visited by RAND researchers “universally consider such agreements mutually beneficial, including multiple specific benefits to the Army.”

These include the “opportunities for Army medical practitioners to be exposed to industry best practices in civilian facilities; and access to sophisticated medical technologies that might not be available or justifiable in the MTF and are more productively used in civilian facilities. Military personnel cite good community relations as another benefit.”

The benefits of, and broad acclaim given to, outside practice agreements “suggest that any untapped opportunities should be identified and that an MTF should be encouraged to take advantage of them if they are justified in the MTF’s business plan,” the report says.